This is a typical EV battery. At close to 1,000 pounds, it makes up around a quarter of the weight of the average electric vehicle. 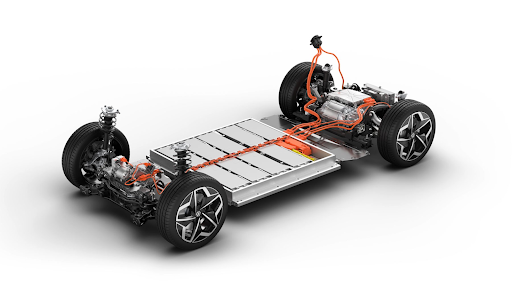 Each one is chock-full of volatile chemicals and precious metals, driving up the price to $5,000 or more. But regardless of the price, one of these beasts is likely to end up in your driveway before the end of the decade.

There’s just one catch. Unfortunately, it’s a big one.

Like any other battery, these massive feats of engineering have a relatively short life span. And much to the dismay of environmentalists, our current best disposal methods are slightly outmoded at this point.

Of course, by “disposal” I mean a faceless company in China will be shredding them, burning the raw materials, and jettisoning the toxic smoke into the atmosphere. This is the average life cycle for the hundreds of thousands of batteries the world runs though on a daily basis.

I’m sure you don’t need me to tell you that this process is unsustainable. It’s an enormous waste of lithium, and the end result is an increasingly toxic atmosphere.

The solution for this looming crisis is staring us right in the face. Whether the world will wise up and get the ball rolling is another question entirely.

I hardly consider myself an environmentalist. Don’t get me wrong — I fully understand the need for a clean planet and unspoiled resources. But I refuse to let greenwashing and media propaganda sway my opinions on progress.

Whether the die-hard activists like it or not,the electric vehicle revolution is practically upon us now. The planet will be ramping up its already unsustainable lithium usage in the coming years. 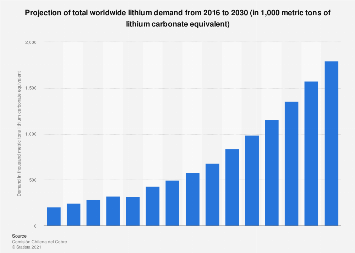 The plan is already in motion. The world’s individual governments have all made pledges for carbon neutrality, and automakers are already teasing a new era of sleek plug-in vehicles.

So what happens down the line when we can no longer ignore the mounting pile of batteries contaminating landfills? Well, for most of modern society, we would simply stick our heads in the sand. The ostrich method can be incredibly effective in that regard.

Unfortunately for the industries that were hoping to skate by with no oversight, this is a problem that can’t be ignored.

The way I see it, the world is faced with two possible options: solve the spent battery crisis immediately, or scratch lithium off the list entirely. Since the latter option is out of the question, we need a solution today.

Luckily, the Solution Is Simpler Than We Thought

Fixing the problem is simple on paper, but the execution will require a coordinated effort from the entire planet.

We need to start recycling batteries — all of them.

In the past few years, an incredibly promising lithium recycling industry has sprung up around the larger EV market. These companies started to realize that tossing spent batteries in the trash is worse than reburying gold.

So instead of throwing usable lithium in the trash, these visionaries decided to start processing batteries for another lifetime of use. It’s a tricky process that is as close to  “clean” as this industry will ever get.

Previously, most major players in this blossoming sector have used a centuries-old method to process the material: shred it, burn it, and collect the leftovers. You can most likely imagine the problems that come along with that technique.

Since the game plan here is to reduce environmental destruction, it’s not surprising that the world didn't catch on to the old-school method. Even in the best-case scenario, this type of processing doesn't result in a usable percentage of high-quality materials.

One company in particular seems to have pulled off the impossible: processing any type of battery without completely destroying the planet.

Oh, and the most important part? It's making money doing it.

Very few of these recycling outfits have been able to achieve profitability without the government's help. So far, one obvious leader has emerged.

According to Keith Kohl, Energy and Capital’s senior tech analyst, this growing company is going to dominate the lithium recycling market. Very few competitors will have the bandwidth to process the hundreds of thousands of spent batteries the world will soon be drowning in.

If the world wants an EV revolution, this is one of the last major hurdles to clear.