The End of Sears: A Lesson in Complacency

When I was a kid, my parents took me to Sears to get yearly family photos.

I never thought about it much.  It was just something we did. And so did a lot of other people.

Today, you can take some really great photos with an iPhone, but back in the day, it was all about this … 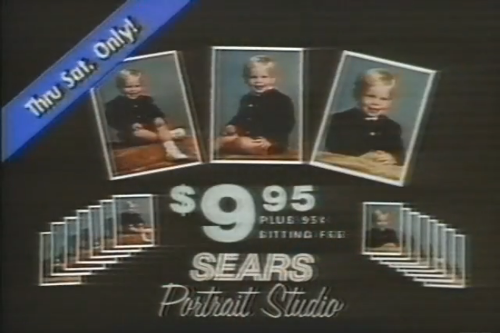 Of course, we went to Sears for a lot more than photos.

Tools for my dad, school clothes for me, kitchen appliances for my mom.  Sears was the spot for everything you needed.

This was all post-catalog days, by the way.  I never knew Sears as a catalog company the way my parents did.  For me, Sears was just the main anchor at the mall.

In just a few weeks, Sears will close one of its last locations, leaving only 21 remaining. To put that in perspective, in 2018, when the company filed for bankruptcy, it had 700. At its height, Sears operated in excess of 3,500 stores.

Of course, while on the surface this all seems quite sad, it’s really little more than a function of free markets.

The truth is, at one point Sears was flush with cash.  It was a corporate giant that, instead of constantly innovating, became complacent.  And nothing will kill a business faster than complacency.  Because no matter how big a company is, there’s always a savvy, hard-working entrepreneur out there looking to dethrone the king.

A great example of this is Tesla (NASDAQ: TSLA).

I’m not sure when it happened, but at some point the major automakers became complacent because, quite frankly, they had no competition.  No one was effectively challenging the status quo of internal combustion and poorly-designed vehicles. At least not to any measurable degree.

Then comes along this South African trouble maker named Elon Musk who showed up out of nowhere with a technologically-superior electric vehicle that made the world question why vehicle propulsion technology  hadn’t evolved as rapidly as other technologies.

Take the phone, for instance.

Ten years later we had a cordless phone.

Ten years after that, we had a phone in our car.

Then ten years later, we could buy a smart phone that would allow us to not only talk to friends and family (via voice call or text message), but check stock quotes, download YouTube videos, listen to music, and order pretty much anything from Amazon (NASDAQ: AMZN).

This all happened within the time span of 40 years.

Now consider the internal combustion vehicle, which, as Popular Mechanics points out, has, for the past 100 years, remained the same.  Air and fuel go in, an explosion happens in the cylinders, and power shoves you onward.

Yes, over time, internal combustion vehicles became safer, faster, more convenient to operate and a bit more comfortable.  But the fundamental technology that makes the vehicles move is relatively the same, and it’s still quite inefficient.

The most efficient combustion engines available on the market today have a fuel efficiency of 40 percent. That means they can convert only 40 percent of the fuel energy into movement. All the rest is lost in heat and friction – all the 60 percent left.

In other words, for each $100 you spend filling the tank of a combustion-engined car, you literally burn the equivalent to $60 in the best-case scenario.

Electric motors, on the other hand convert up to 90 percent of electrical energy into mechanical energy (or motion). 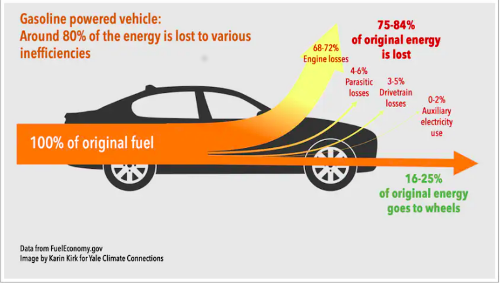 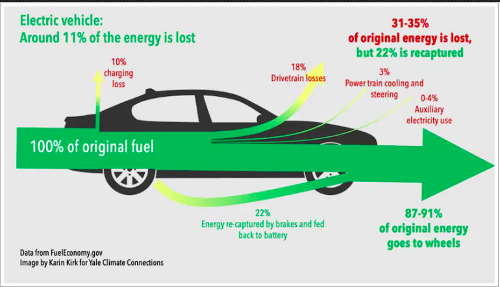 Today, every major automaker either has electric vehicles in the showroom, on the road or in development.

Also worth noting, Hyundai Motor Group (which includes Hyundai, Kia and Genesis brands) expects annual sales of its electric vehicles to reach 3.23 million per year by 2030.

While the major automakers did initially push back against producing electric vehicles, they all came around after realizing pretty damn quickly that if they didn’t, they would ultimately disappear into the ash heap of history.  Kind of like Sears.

I’ve said it before and I’ll say it again.  No matter your own personal feelings about electric cars, this transition away from internal combustion and towards vehicle electrification IS happening.  And that’s why the smartest investors in the room continue to invest heavily in the space.

Here are just a few of the more notable ones …

Combined, these guys are worth more than the total GDP of Switzerland, which is expected to hit 830 billion by the end of 2022.

Make no mistake: these guys aren’t known for making bad investments.  Which is why I have no problem investing alongside them.