I was looking over some old notes this morning when I saw a data point that surprised me.

This particular data point was only a year old, but it put a lot in perspective for me.

The data point was this …

Based on IEA data, four percent of all new U.S. car sales in 2020 were electric.

In 2030, according to data analysis from Bloomberg, more than 50% of all new car sales will be electric.

How could we possibly move so rapidly?

Then I did a quick search on how long it took us to transition from horses and bicycles to cars.

What we are witnessing today in the auto industry is a similar transitionary trajectory.

We are literally going from having no highway-capable electric cars on the roads just ten years ago, to more than half of all new car sales being electric within the next 20 years.

It’s not even about having an “electric car” market, anymore.  It’s just the automobile market, which is ultimately going to be primarily electric.

And there will be all shapes and sizes, too.

There will be the typical sedans, with which we’ve all become very familiar.

Perhaps the most popular electric sedans today are being built by Tesla (NASDAQ: TSLA) and GM (NYSE :GM).

Then we have the first of the new electric pickup trucks being built by Ford (NYSE: F) and Rivian (NASDAQ: RIVN).

There are electric motorcycles, mopeds and motor scooters being made by Zero, Harley Davidson (NYSE: HOG), BMW (OTCBB: BMWYY) and Vespa.

Although motor scooters aren’t hugely popular in the United States, the global market is valued at about $70 billion, and is forecast to exceed $111 million in just eight years. 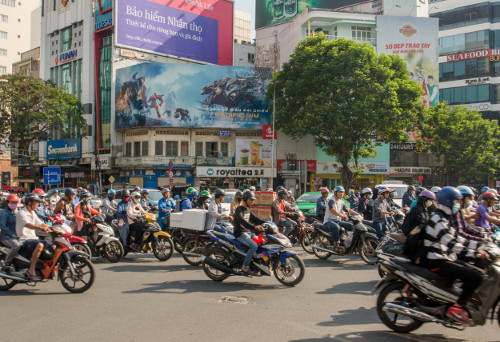 There are literally billions of motor scooters throughout the world, primarily in Asia and Europe.  But because the electric versions are cheaper to operate, they are now siphoning market share from gas-powered motor scooters.

According to Grandview Research, the increasing demand for fuel-efficient vehicles, coupled with growing concerns over greenhouse gas and carbon emissions, is anticipated to drive the adoption of electric scooters moving forward.

A number of analysts also expect to see more electric microcars in the world’s major cities, where space for recharging and driving is limited.  These microcars tend to be far cheaper than regular-sized electric vehicles,too.

Take the Citroen Ami micro-car, for instance, which has a range of about 50 miles and can be recharged using a normal household socket in about 3 hours.  And the base model starts at $6,600. 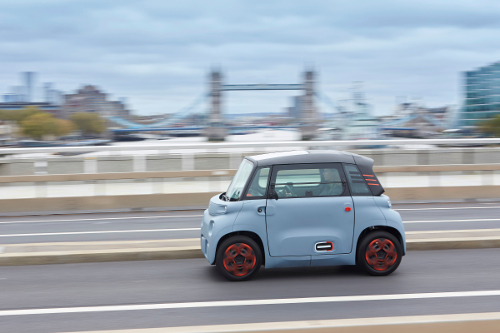 I haven’t seen any data on the average commute for those who live and work in major cities, but when I lived in the city, my daily commute was about 12 miles.

Another electric microcar mover is the Wuling Hong Guang MINI EV, which is produced via a GM partnership, and started selling in China in 2020.

It has been hugely successful and outsells Tesla, which is one of the most successful car companies in China.

The base model delivers a range of about 75 miles and can be recharged in about six hours.

Make no mistake, there are no bells and whistles with this vehicle.  In fact, I heard it’s not a very comfortable ride at all.  But at a base price of around $5,000, it’s no surprise that about 850,000 of these vehicles have been sold.

Of course, it’s not necessarily accurate to compare the two.  The Chevy Bolt is not a microcar, has more room for passengers, and a much longer range, with the base model coming in at about 230 miles.

Still, the fact that nearly one million people have purchased the Wuling Hong Guang MINI EV in just less than two years is a fact that shouldn’t be taken lightly.

There is a very real demand for inexpensive microcars for city commuting.  And this demand will only increase as more models come on the market.

Then, of course, there are the commercial vehicles and electric buses.

You already know about Tesla’s Semi trucks, which were getting a lot of attention last month.  Those are already on the road, with PepsiCo (NASDAQ: PEP) actively using those vehicles today for trips of 425 miles.

You also know how I feel about Proterra (NASDAQ: PTRA), which I maintain will prove to be one of the most successful electric bus manufacturers on the planet, and quite frankly, will likely get acquired in the next year or two for a very nice premium.

So yes, electric vehicle momentum remains strong, and certainly we seek to profit from it.

Whether it’s Proterra with its electric buses or Norsk Hydro, which is now supplying BMW with aluminum for its electric offerings, having exposure to the electric vehicle space should be considered integral to the success of your long-term wealth creation strategy.