The Best Way to Beat Inflation

With inflation recently hitting a 40-year high, the experts are weighing in and offering advice on how to protect yourself and continue to build your wealth.

The only problem is that most of these “experts” don’t live in the real world.

Most of these experts aren’t living on tight budgets.

Most of these experts aren’t existing solely on their pensions and limited retirement savings.

Most of these experts have no idea what it’s like to have only a few hundred dollars to invest at any given time.

And that’s why much of their advice is worthless to most people.

To give you an example of what I’m talking about, consider Portia Capital Management President Michelle Connell, who recently told reporters that “luxury watches have increased over 60% in the past decade and the trend is expected to continue as luxury watches are seen as means of storing wealth.”

So her advice is to go out and hustle Rolexes on the street? 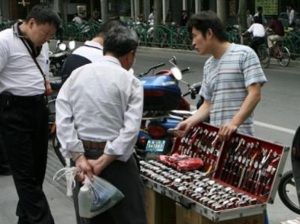 Because unless you’re well-connected and already have a few million bucks socked away, it’s going to be pretty hard to rely on high-end watch sales to help you build and protect your wealth.

Connell also offered the following advice that, in all fairness, is sound, saying:

To avoid further inflation/interest rate risk, I sold my bonds with maturities of three years or more and just like I did for my clients, I invested the proceeds in senior secured private debt with maturities of two years or less that have variable rates. The current yield is almost 6% and this interval debt can be liquidated quarterly.

But with inflation hitting 8.5%, how valuable is a 6% yield?

Especially when you can earn nearly twice that with another financial instrument that offers both insulation from inflation and steady monthly income?

It’s called an SPV royalty, and it’s actually one of the smartest investments you can make when inflation is high.

If you’re unfamiliar, an SPV royalty is little more than an opportunity to earn steady monthly income on the contracted sales of electricity across the globe.

It’s actually a pretty lucrative investment, which is why guys like Elon Musk, Jeff Bezos, and Warren Buffett have been profiting from SPV royalties for years. And we’re talking about tens of billions of dollars' worth of royalties.

Of course, the reason most investors don’t know about SPV royalties is because until recently, they were only available to the wealthiest 1%.

But thanks to a recent change to an obscure SEC rule, SPV royalties are now available to anyone — not just folks who are already millionaires and billionaires. In fact, you can invest as little as $100, and you don’t even need a broker to start earning your monthly royalties today.

You actually make the investment directly with the company, so there’s no middleman and no one eating into your profits.

Because the threat of inflation is now a very harsh reality, I put together this short report detailing how you can start earning today with your own SPV royalties.

It goes into depth about how they work, how to bypass your broker and invest directly in the SPV royalties of your choice (and there are many to choose from), and, of course, how to start collecting your monthly royalty payments right away.

P.S. If you enjoyed what I talked about today, I know you’re going to really enjoy what my colleague Alexander Boulden is up to. Alexander has taken on the task of exposing America’s elite. This group of insiders is gobbling up bigger and bigger pieces of the pie while everyone else fights for the scraps — and Alexander has had enough.

Alexander and his team have poured thousands of hours into developing a proprietary trading system that uses four powerful spotlights to find out what insiders are up to behind the scenes. With this system, he can pinpoint exactly which stocks are set to soar next…

Sign up today to be a part of Alexander’s Insider Stakeout and start beating the insiders at their own game.