The Model X is Coming

Tesla Motors Inc. (NASDAQ: TSLA) has had a fantastic year by any standards. It’s been three years since the electric car manufacturer had its IPO, and this year, Tesla showcased its first-ever profitable quarter.

The Model S has proved a hit with nearly every critic. Tesla’s charismatic head, Elon Musk, even turned a potentially dangerous incident with a New York Times reviewer’s negative Model S experience into an opportunity for excellent PR. 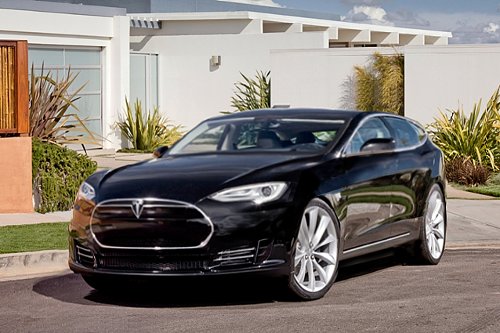 Since June 2010, Tesla’s stock has soared more than 500 percent and presently is a little more than $100 per share. Moreover—and perhaps most famously—Tesla repaid a $465 million loan from the U.S. Department of Energy nine years early. And compared to one-time competitors like Coda and Fisker, Tesla has established itself as a resounding success in the electric vehicles sector.

This year, reports the Seattle Times, Tesla will build some 21,000 cars at its facility in Fremont, California. The company is officially worth more than Fiat and about one-fourth as much as General Motors (NYSE: GM). Bear in mind that GM operates through some 21,000 dealers—Tesla, none.

Tesla’s Model S has a lot to offer. It is, frankly, sexy. Just look at the Prius’s rear-end and compare it to the Model S. It also offers premium features, a capacious interior, and so on.

But its biggest selling point, of course, is the phenomenal range offered even by the basic model, which far outlasts every other competitor on the market. Using Tesla’s guidance of an even 55 mph, the basic 60 kWh model will give you 230 miles, with the premium 85 kWh model taking you 300 miles. Even adjusting for real-world performance, those are greater ranges than every other EV out there.

The biggest problem with the Model S, however, has always been its price—as much as $49,900 after the maximum federal rebate of $7,000. While a lot of people may be curious about—and may definitely be seduced by—the Model S, it’s a tough proposition to cough up that kind of money.

Tesla Takes on the SUV Market

Now, it seems, Tesla is charging ahead with plans for a more affordable—but no less finely-designed—Model X SUV-type car, which should retail at a comparable price but deliver a lot more, since it is explicitly positioned as a family car. The Seattle Times quotes Musk:

“The biggest single challenge for electric vehicles is affordability. If we could build the Model S for half the price that it currently costs, and solve the long-distance travel problem, then we’d see widespread adoption. That’s what’s needed for there to be a huge tipping point for electric cars. We’re trying to advance that as fast as we can. I’m hopeful that we’ll be there in three to four years.”

As we’ve seen thus far, Musk typically understates the situation. What he’s talking about here is Tesla’s plans after the Model X, which appear to focus on a lower-end model, the so-called “Gen 3” version of the Model S. We may see that emerge sometime in 2016 or 2017. Until then, though, we’ve got the Model X to look at.

It’s a good moment for the company to unveil the Model X SUV. Sales for the Model S have been very strong due to pent-up demand, but it has to keep that demand going.

Tesla has done much to keep enthusiasm strong by promoting its Supercharger station network, which offers free and fast charging to all Model S owners. Presumably, Tesla won’t leave drivers of the Model X out in the dust. Tesla’s model thus far has been to deliver premium performance and quality at premium price (and in this regard the company is much like Apple).

What matters now is that the Model X, and after that the Gen 3, keep the promise of the Model S going. Already, production for the Model X has been pushed from late 2013 to late 2014—due largely to some problems fixing existing Model S issues and significant revisions to the Model X prototype Tesla showed off back in 2012.

You can reserve the Model X already, beginning at $5,000. With its falcon doors, step-in access to the second and third rows of seating, and a range comparable to that of the Model S, it’s hard to see why the Model X won’t be a similar success—but we’ll have to wait and see.