Based on the comments I received, it looks like many of you were very excited about this new product that offers the possibility of finally kicking your power company to the curb.

But I sure hope you didn't want one anytime soon. Because chances are, you won't even be able to see one face to face until late next year.

Dubbed the Gigafactory, this massive battery plant is expected to open next year. And already, it is booked at full capacity.

If I had a spare $5 billion, I'd be working with Musk right now to build another one. After all, according to Bloomberg, Tesla has already taken reservations for $800 million worth of these new stationary batteries. And this comes only one week after the initial announcement.

Think about that for a second.

Imagine launching a new product, and before it even hits the marketplace, you land nearly $1 billion in pre-orders. That's massive!

Interestingly, an estimated $625 million of this is coming from businesses and utilities.

We already know Tesla is working with Target (NYSE: TGT), Wal-Mart (NYSE: WMT), and Amazon (NASDAQ: AMZN) in this capacity, and I suspect it won't be long before every major retail presence in the nation is placing orders for these commercial-scale versions of the Powerwall, which are called Powerpacks.

For homeowners, however, it may take a little longer.

You'll have to stack 'em

Aside from the fact that it'll probably be nearly impossible to get your hands on one of these units when they first roll off the line, these batteries may not pencil out for many homeowners.

According to SolarCity (NASDAQ: SCTY) spokesman Jonathan Bass, because of laws that require utilities to buy back excess solar power sent from rooftop systems to the grid, in many cases, it just doesn't make financial sense.

And honestly, based on the 7kWh model, it seems to me that if you want to use it in an effort to go off-grid, you'll need to stack at least three or four — depending upon your typical energy use. The units are stackable, which is certainly a huge benefit, although more batteries will obviously cost you more money. 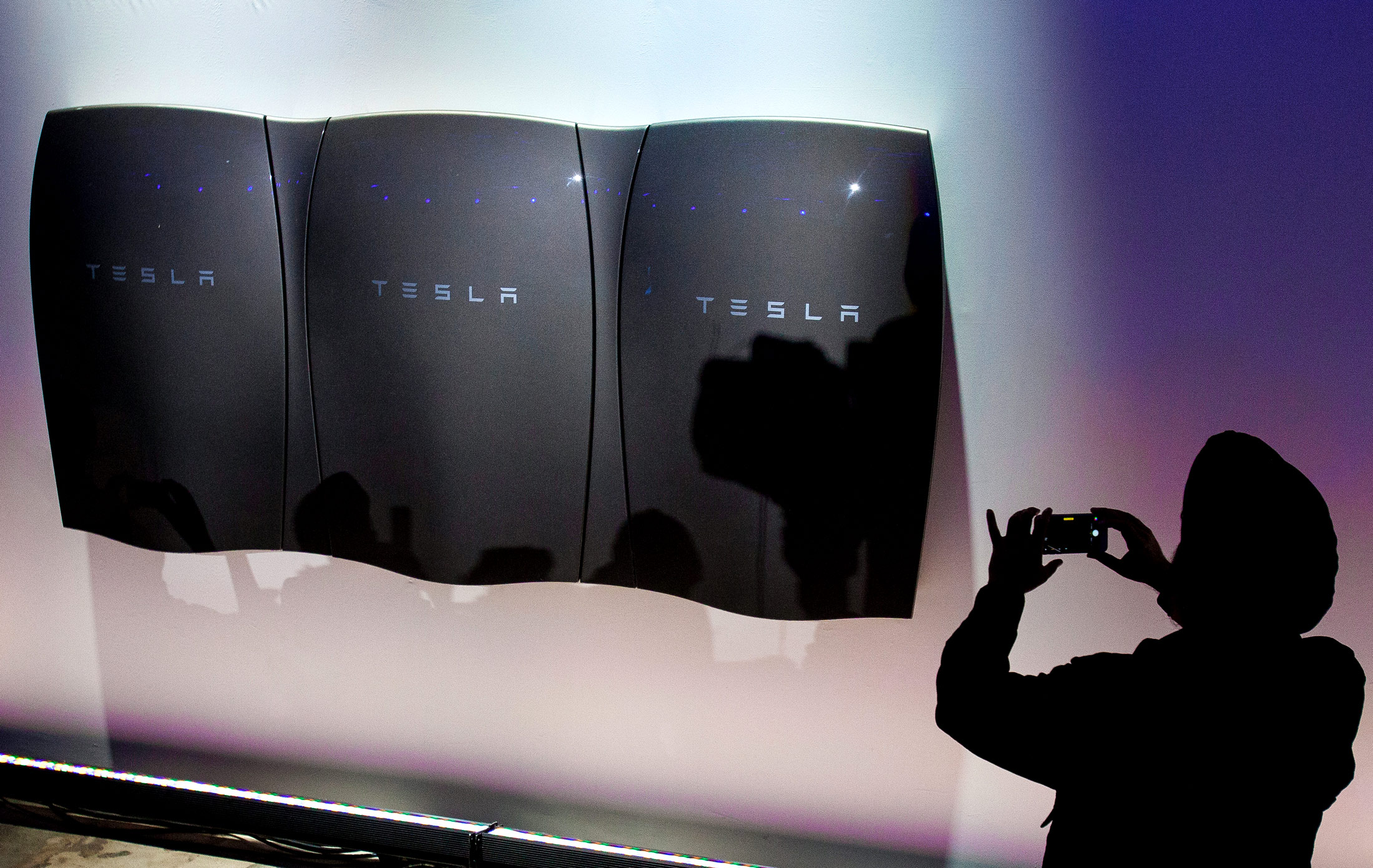 For now, I don't necessarily see this as a huge hurdle, though. After all, those looking to go off-grid are still going to do a lot better with Tesla's batteries than with what's available today in terms of battery storage — from both a functionality and an economic perspective. I would also argue that the Powerwall's ease-of-use and aesthetics offer real value that shouldn't be ignored.

Now SolarCity is offering the larger 10kWh model as a lease to go along with a customer's rooftop system. But because the larger model isn't designed to deliver more than 50 charging cycles a year, it's not suited for daily use. It's essentially designed to offer backup power. And depending upon how much electricity you use, again, you may need more than one.

Of course, I don't see these issues as a reason to doubt the ultimate success of the Powerwall. After all, we're not even into the first run yet. And just as we've seen with other groundbreaking technologies, improvements and efficiencies will come fast and furious...

Especially when Elon Musk is running the show.

Ten years ago, most people wouldn't have even imagined a 240-mile-range electric car like the Model S quietly roaming the streets and highways, making car-lovers, luxury aficionados, and environmentalists swoon like teenage girls at a Justin Bieber concert.

Ten years ago, most people didn't even know one could build a reusable rocket that would rival anything NASA could've ever dreamed.

Ten years ago, most people couldn't have possibly predicted that a solar installation company would be able to finance billions of dollars in commercial and residential solar projects.

Yet here we are today, with all of these things a chest-pounding reality — thanks in large part to Elon Musk.

So while the dream of energy independence is still out of reach for most folks, the distance of this reach is shrinking by the day.

I suspect that in the coming weeks and months, there will be plenty of hit pieces on Tesla's Powerwall. It just comes with the territory when your mission in life is to create disruptive technologies.

But mark my words: By the end of this decade, the Powerwall and affordable off-grid living will be as ubiquitous as cell phones and supermarkets.