Read THIS Before You Buy Tesla (NASDAQ: TSLA)

The shorts squirmed and squealed.

The sour faces of complacency and bitterness quietly stormed out of the room.

And those who believed that innovation should be rewarded and invested in — not mocked and trivialized — are much wealthier today...

My friends, last week the electric car manufacturer Tesla Motors (NASDAQ: TSLA) announced profitability. This came after a series of big announcements and the highest score ever delivered by Consumer Reports, which called it "the best car ever tested."

If you're a longtime reader of these pages, you know I've been singing the praises of Tesla since before the company even went public. And I do hope you picked up a few shares along the way.

Because, well, take a look: 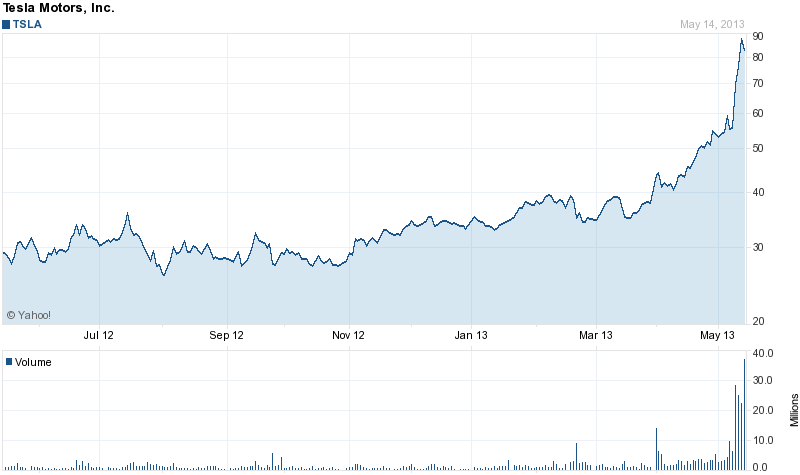 Of course, this does not represent the success of the electric vehicle market overall.

Although sales, integration and acceptance of electric vehicles continues to impress, there have been, and will continue to be many more obstacles ahead.

But one thing is for certain: Electric cars are not only here to stay — the electric car market is booming!

It was in December 2010 when major automakers first made electric cars available to the masses, and 345 electric cars were sold that year.

And of course, if you add conventional hybrids to this mix, the numbers are even more impressive...

My friends, it's happening right now. And I'm loving it!

Buy Your Own Tesla

Of course, from an investment standpoint, options remain limited...

While electric cars are a lock going forward, there still aren't too many opportunities from which to choose.

Tesla blew the doors off last week, and now it's trading at tremendous highs.

Although I remain bullish on the company, I'm not rushing out to add to my position anytime soon...

So here's what I propose...

Forget about investing in electric cars right now, and maintain your focus on natural gas and natural gas infrastructure...

Then use the massive amounts of cash you make from these natural gas stocks and buy yourself a Tesla Model S.

Ain't she a beaut? 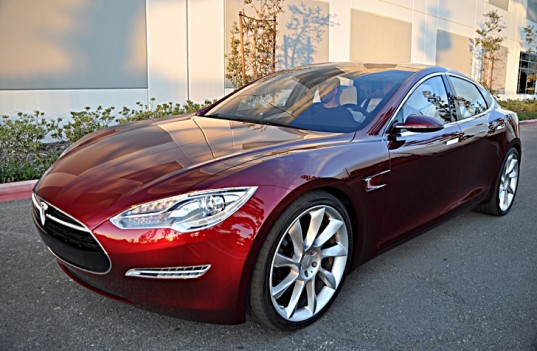