The Alberta oil sands are producing more than just oil; massive amounts of sulphur are being made too. And I mean massive.

The problem facing the local areas surrounding the oil sands is what to do with this oversupply of sulphur. One proposed plan was to channel the sulphur through a molten river.

The area that this river would run through rejected the idea. 2.2 million tonnes of sulphur, enough to fill a 110-car train every five days (according to Canada.com), was too much sulphur for comfort.

"We love industry -- most of our population make their livelihoods from industry," said Bruderheim Mayor Jack Lambert. "But we don't want a big yellow pile blowing all over our area and only two kilometers from town," said the mayor

The annual Alberta sulphur output could increase to 10-12 million tonnes by 2030, a study predicted. It is under works as to what can be done with this byproduct.

The current annual output of sulphur in the Alberta oil sands is 1.2 million tonnes and the projected annual amount for 2015 is 4.1 million tonnes.

There are some ways in which the sulphur can be used: fertilizer, batteries, detergents, bleach, matches, gunpowder fireworks, laxatives, road paving asphalt, industrial acid, bath soap and shampoo. The cost for sulphur is about $50-$70 per tonne.

Although there are multiple uses for sulphur there still needs to be a plan put into action so that the mass quantity is reduced faster; selling sulphur on more than the local level could be the key.

A newly proposed plan is for Lamont County to build a $35-million shipping terminal that would receive loads of pure molten sulphur daily. The sulphur would then be cooled and shipped out in loads of 3,000 tonnes per day from the terminal to Vancouver. From Vancouver the sulphur could be exported overseas.

If the delivery traffic, or risks associated with transportation of the sulphur such as spilling, becomes too much then there could possibly be the construction of a sulphur pipeline.

To get a better idea of how much sulphur is being dealt with take a look at some of the pictures captured by Nick Hodge who recently took a trip to Canada’s Alberta oil sands. 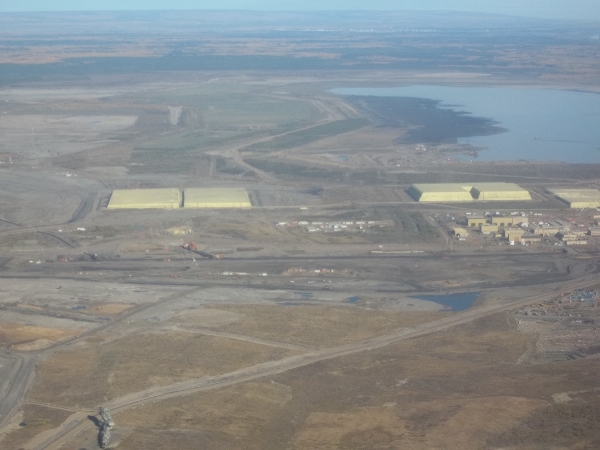 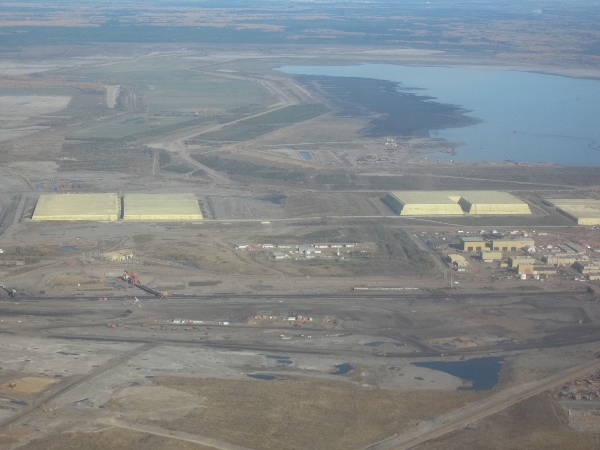