The politicians are fighting over money.

The Democrats want to gin up $2.2 trillion and give it away to a long list of pork projects ripe with the possibility of graft. The Republicans still pretend they are on the side of fiscal restraint and want something less than that; they would like the pork pointed more in their direction.

This is the new CARES bill. It will create money with a CTRL+P in the official laptop one assumes resides in the break room at the Federal Reserve in D.C. People wander in at random, get a fresh coffee, and add to the national debt.

We already spend twice what we take in from taxes. What’s a little more?

Heck, why pay taxes at all? Debt no longer matters. Imagine the stimulus growth from keeping a third of your income. But alas, we have to keep the pretense going — otherwise folks might think we are no longer thrifty.

Just ignore this chart. Don’t even look at it. 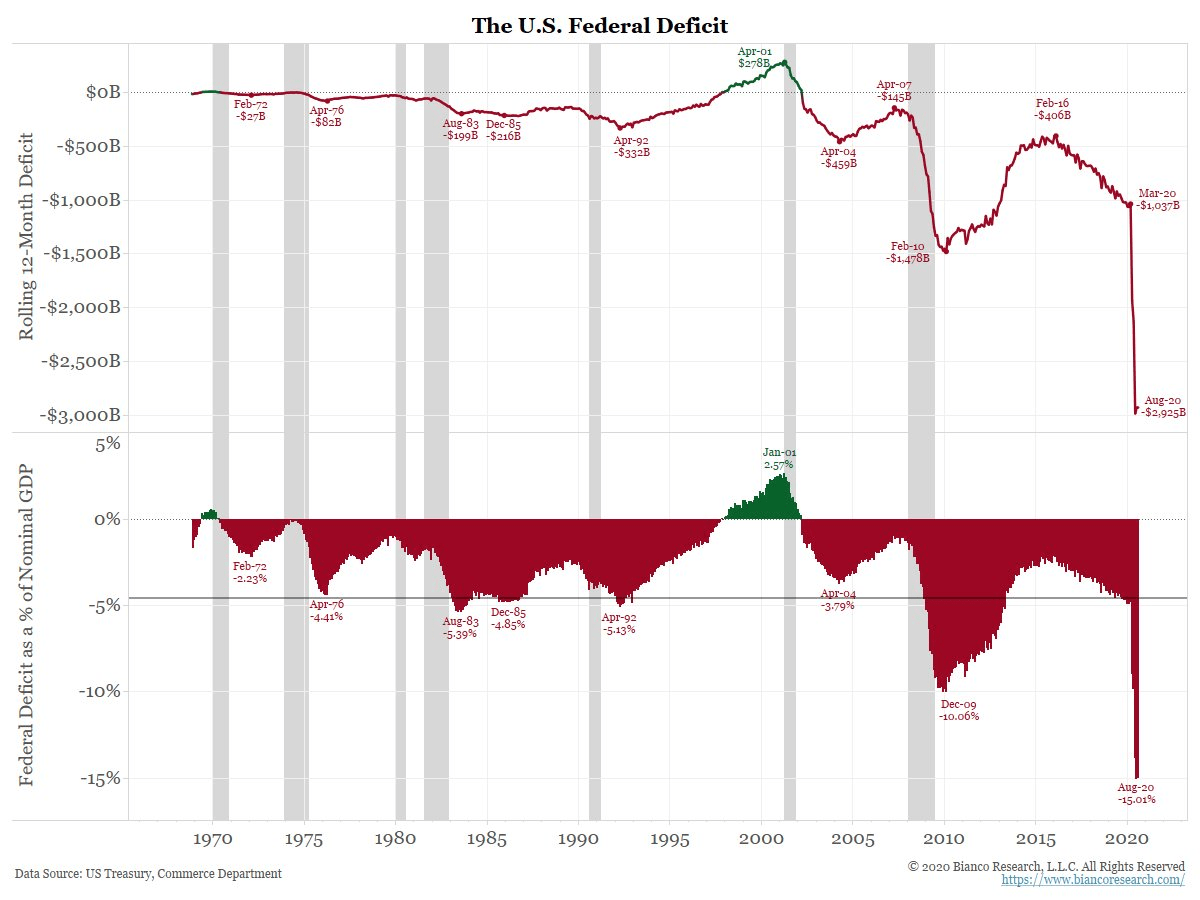 Milton Friedman once wrote, "Inflation is always and everywhere a monetary phenomenon, in the sense that it cannot occur without a more rapid increase in the quantity of money than in output."

There is a formula for this: MV = PQ. Old Milton liked it so much he put it on his Cadillac license plate. 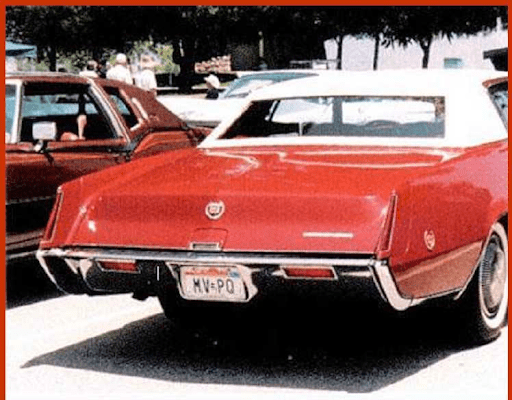 Here is the key to understanding inflation:

Today, we have a massive growth in money supply while velocity is dead. Output in terms of GDP fell 31% in the second quarter.

It is the “P,” or price levels, we are worried about. Officially, inflation remains at 1.3% in the United States. However, grocery prices were up 4.6% last month. On a personal level, my grocery bills are up at least 20% from before COVID.

But I’m not here to tell you a morality tale about the terrible price countries pay for printing money. I’m here to point out that we just had a turnaround after a 10-year bear market in agriculture.

Check out this chart: 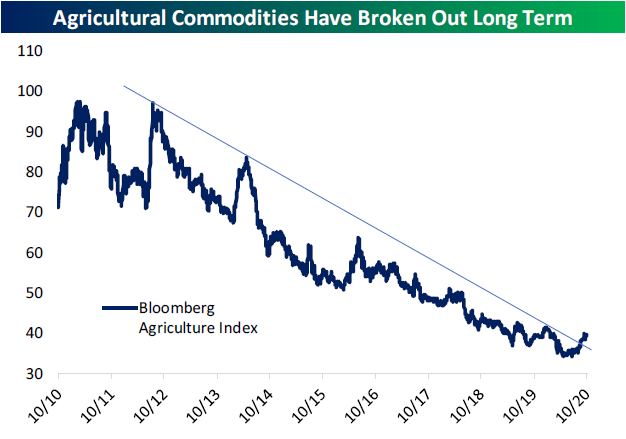 Back in 2012, I was eating Mexican food on the western slope of Colorado and on the menu, after chips and salsa, it said “market price.” That’s how insane corn prices were at the time. That was the top. Corn prices fell and fell and fell.

Experts say the expectation of a plentiful harvest may not get realized. That is because of problems in the U.S. and China. Together the two produce more than 600 million metric tons of corn annually, or more than half of the approximately 1 billion [metric ton] global supply of the grain, according to the U.S. Department of Agriculture.

The U.S. issue is that high temperatures and dampness are likely stunting the growth of corn plants.

"June/July temperatures for the corn belt reached a 40-year high [only seen a few times since 1980],” according to a recent Hackett Financial report. “This strongly suggests that corn yields will be below trend line.”

China has also had a bad growing year with record floods. Add to this a falling dollar caused by the next stimulus package, pent-up demand after a long bear market, and a whiff of inflation, and you could see some nice profits by buying at the bottom.

You get the additional bonus of diversification away from a very expensive tech market. Buy some CORN.