I’m sure I'm going to get a lot of pushback on what I’m about to tell you, but I’m going to say it anyway...

The concept of space tourism is, for lack of a better word, stupid.

Everyone’s so excited about this new space tourism idea, claiming that one day it’ll be cheap enough for anyone to take a trip to space.

I've looked into this, simply from my perspective as an investor. I’ve pored through the numbers, and I’m telling you I see no path to affordable space travel anytime within the next 50 years. Nor do I see a big enough market to ever even support such a thing.

The only way a space tourism industry can exist will be on the backs of rich people who, for some reason, want to waste a few million dollars for what amounts to little more than a very expensive carnival ride.

Sure, one day it’ll be more than just taking a 10-minute ride into space so people can experience four minutes of weightlessness, but what will that even look like?

Maybe a weekend trip on a spaceship modeled after a high-end tour bus?

Perhaps a weeklong spa getaway on the moon?

Look, I’m not saying such a thing is out of the realm of possibility. I’m just saying space tourism is unlikely to ever be much more than an ego boost for billionaires. And I’ve yet to see any evidence of it having any value for retail investors.

Truth is, if you’re the kind of person who’s itching to invest in something related to space, your best bet will be with satellite and satellite component manufacturers, as well as the companies building the vehicles and propulsion systems to get them into orbit.

I suppose that’s the rub, though.

Some people are just so fascinated by space that they want to be a part of anything that expands our ability to travel through the cosmos.

I mean, I get it. It’s pretty exciting. But at this moment in time, space travel is not an industry in which I would invest. Why would I when there are so many other industries you can invest in today that are far more valuable and can make you a boatload of cash?

If you’re a regular reader of these pages, you know I’m extremely bullish on two things: psychedelics and solar.

In terms of the psychedelics industry, this is essentially a biotech niche that’s already delivering amazing results in FDA clinical trials, indicating that these compounds could potentially cure everything from PTSD and depression to anxiety and addiction.

One of my favorite psychedelics companies is called MindMed (NASDAQ: MNMD), and those who followed my advice and bought shares of this company back when it was going for $0.25 a share are now sitting on gains in excess of 1,100%. 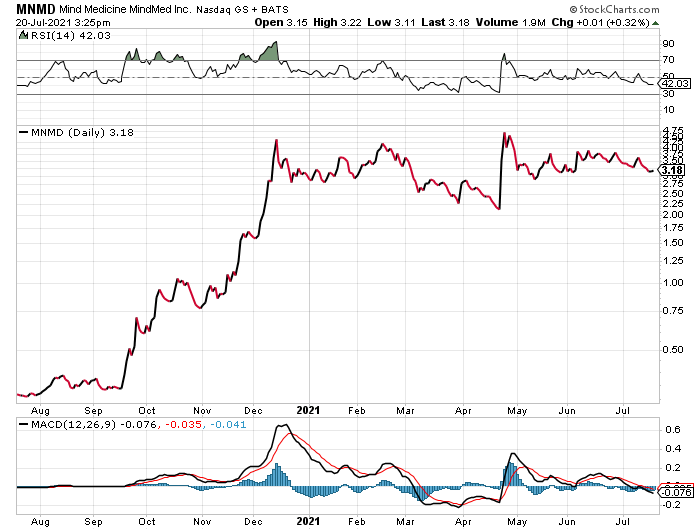 You can learn more about that stock here.

And in terms of solar, it’s really all about new advanced solar technologies such as liquid solar.

This is a new technology that can actually turn windows and walls into operational solar panels.

This is some next-generation stuff right here, and something investors should absolutely be following.

Here’s a short presentation on how that technology works and the company that’s making it.

While both of these industries may not sound as exciting as space travel, both are proven, viable industries that are making a lot of investors very rich.

And while there is something particularly enticing about floating above the Earth in a private spaceship, any chance of such a thing is never going to happen unless you can afford the ticket. And the only way to earn that kind of scratch is to invest in the stocks that are proven moneymakers — not the ones billionaires use to fund their joyrides into space.