Why the billionaire is betting on gold

Written by Christian DeHaemer
Posted May 19, 2016

We’ve been telling you to buy gold for a while now. With inflation rising, and the dollar’s slow decline, gold prices are sure to go up --and they have. They’ve recently hit $1,300 an ounce, are expected to continue to rise. There are many reasons for this rise, but essentially, when people see the dollar losing value, they want to put their money into something that always has value, and that’s gold.

It’s been a precious commodity for thousands of years, and doesn’t depend on a government telling you it has worth, unlike the U.S. dollar.

Well, we’re not the only ones who are making a move toward gold.

George Soros, a hedge fund manager titan, has pulled back from his other stocks and is putting his money back into the gold markets for the first time in three years. Soros is a billionaire, who’s hedge fund, Soros Fund Management, has a worth of over 3.5 billion dollars. He recently bought over a million shares in SPDR Gold Trust, and also took a stake in the biggest producer of gold in the world, Barrick Gold Corp. 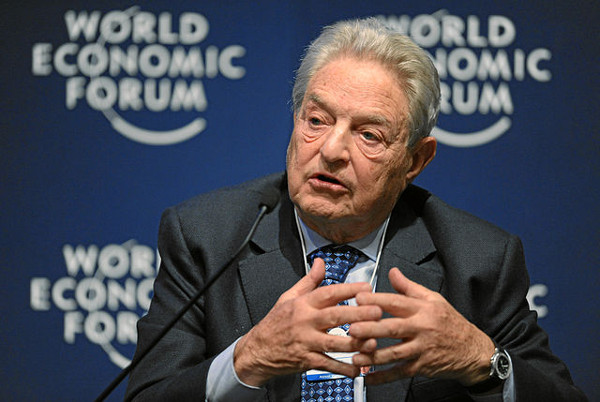 Soros’ personal fortune, worth over $24 billion, was made through smart market dealings and with his warnings of risks stemming from China, and his view that the market looks similar to the 2007-2008 crisis, we understand why he’s putting his money into safer bets.

Think about it, when the stock market crashed in 2008, and inflation rose, the U.S. dollar dropped in value. But gold prices spiked. If the market crashes again, as some analysts are predicting, you’re going to be happy that you invested in something that holds value.

To continue reading about Soros’ bet on gold, read the Bloomberg article.