Silver Headed to $50 an Ounce?

Inflation, a weaker U.S. dollar, concerns over national debt levels, increasing gold prices, and rising investment demand — all stemming from the government's fiscal and monetary response to the COVID-19 pandemic — will likely be the key the drivers for silver prices through the rest of 2020 and 2021. 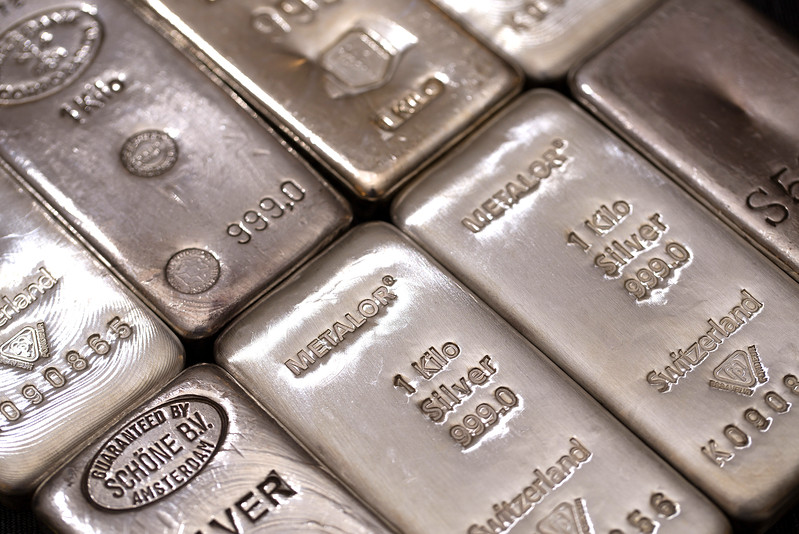 Governments around the world have already spent tens of trillions of dollars amid the coronavirus pandemic to stabilize and stimulate their economies by way of stimulus and relief packages.

The U.S. government itself has already put over $6 trillion up against the coronavirus — about 30% of America's GDP during the second quarter of 2020.

But the U.S. government didn't have that $6 trillion just lying around — nor did any of the other governments around the world that found themselves in the same situation.

In fact, the government would never have trillions of dollar just lying around or anywhere near it. If it did, there would be public outrage over such a massive trove of wealth sitting unused. People would question why their taxes are so high for starters.

Point is, it doesn't have that kind of bread lying around. So where did it get it?

Well, the government did the same thing anyone would do who has found themselves in need of short-term cash. It borrowed it — or, more specifically, the Federal Reserve created the money for it.

It's what's known as monetizing debt — or quantitative easing. Here's the short of how it works...

Step 2: Then it has its central bank (the Federal Reserve in this case) buy those bonds with brand-new money the bank creates. This allows the government to get a fresh supply of cash at any time for anything it really needs.

You know what's an even sweeter deal?

Typically, the Federal Reserve (which is really only a semi-government organization) gets the blame for devaluing the U.S. dollar and inflation with new money creation. But really it's Congress that has to authorize those debt monetization programs. In other words, the Fed isn't the boss of the mob — it's just the triggerman. It just makes things happen.

And boy did it make things happen...

In the nine weeks between March 9 and May 11, the Federal Reserve added $2.3 trillion to the money supply, as measured by M2. 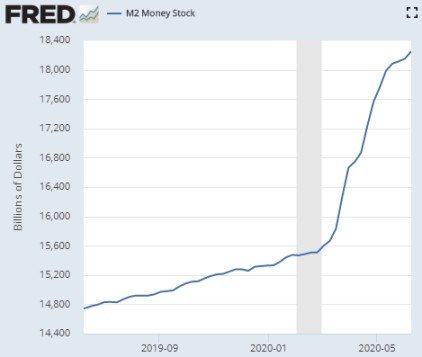 It was the equivalent of creating over $425,000 in new money every second!

This, combined with similar measures taken around the world, resulted in the single largest expansion of the global money supply in history.

And that was just the beginning of the spending. As mentioned, the U.S. has spent nearly $10 trillion addressing COVID-19 — or at least that's what the government said the money was for.

Either way, the nation's debt has absolutely skyrocketed as a result — increasing even faster than it was before.

Prior to coronavirus, America was already in debt up to her eyeballs. The government's fiscal response to COVID-19 has now all but completely submerged the ol' gal.

The first time America's national debt crossed the $1 trillion mark was in 1981.

In the aftermath of the global financial crisis of 2007–08, it ballooned to over $10 trillion.

Less than 10 years later in 2017, the federal government's gross debt exceeded $20 trillion for the first time.

Here we are three years later, and the national debt is now approaching $27 trillion due in large part to the government's fiscal response to COVID-19. 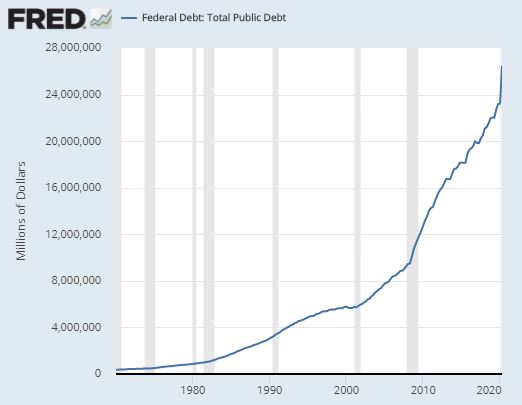 Do you see where this is going?

According to Mike Patton, senior contributor at Forbes, America's debt is now projected to skyrocket to $78 trillion by 2028!

It's important to note that prior to the coronavirus pandemic, there was about $15.5 trillion in U.S. dollar supply. By the end of August, there was $18.5 trillion. That's nearly a 20% increase.

Now, just consider what that really means for a moment...

The quantity theory of money states that the value of money (and price levels for goods and services) is directly proportional to the amount of money in circulation –– aka money supply. In other words, the more money that's created, the less valuable existing money becomes.

With such a drastic increase to the U.S. money supply, the quantity theory of money would expect a significant decline in the value of the U.S. dollar and subsequent rise in alternatives, such as gold and other world currencies.

And that's exactly what happened... eventually.

The dollar came tumbling down at the beginning of this past summer. And by the end of July, the price of gold soared to over $2,000 an ounce for the first time in history.

By the end of August, the Federal Reserve knew it had to address future inflation and increased expectations to over its long-term 2% target.

The price of silver shot up during the first half of 2020, increasing nearly 60%. We believe gold prices are still set to shoot much higher in 2021. And silver will continue to follow.

Back in 2011, when gold neared $2,000 an ounce, silver was trading for almost $50 an ounce. Silver prices mostly failed to break $30 an ounce in 2020, even though gold was just as high. So we believe there is still plenty of room for the white metal to grow through the rest of this year and into 2021.