A year ago, about this time — I remember because the azaleas in the front yard were just starting to bloom — I wrote about the death of Allied Nevada Gold Corp. The gold mining company had just filed for Chapter 11 bankruptcy protection.

As I wrote at the time, bottoms in markets, like in wars, need bodies: the corpses of corporations, the cadavers of concerns, and the offal of operations...

Think Lehman Brothers, Enron, or MF Global... All went fish-white belly-up and set the stage for a new bull market.

Here it is a year later, and the gold miner stocks have tripled in just three months. 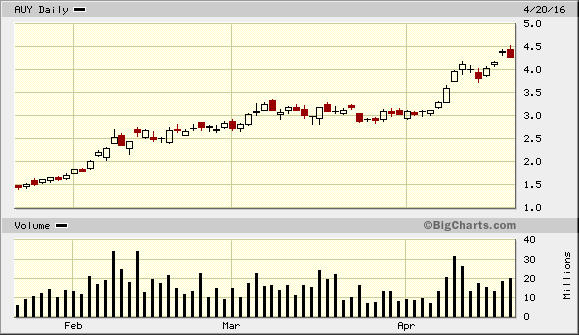 Silver miners are flying, too: 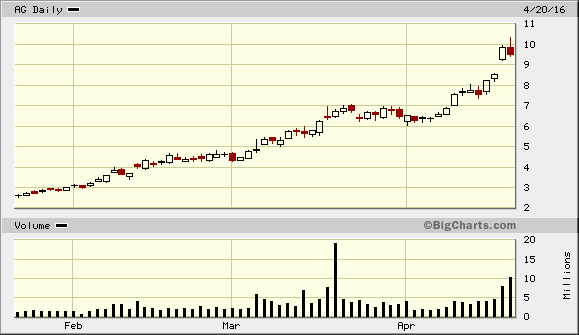 Even natural gas pipeline stocks have moved up sharply: 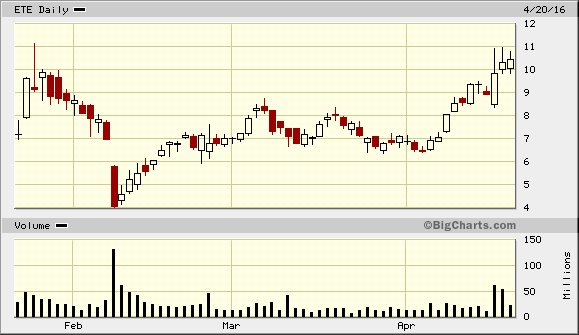 Speculation is Back in Commodities

Commodities are up across the board. Corn, soybeans, and oil are all jumping higher... Tin, palladium, copper, and lithium are all up. Penny stock miners like Argentex Mining Corporation and Tinka jumped more than 50% yesterday.

There is a new rumor on the street. People are speculating that this massive new money moving into commodities is the last gasp of the global central banks.

The idea is that since deflation has been the result of falling commodities prices, the way to drive inflation and thus “animal spirits” is to push up prices in stuff you can drop on your foot.

Maybe — I certainly wouldn't put it past them. Heck, they've tried everything else.

There is also a long history of market manipulation. Here is the short list:

The European Commission said oil prices have been manipulated for years, an example being Unaoil's money laundering.

JP Morgan admitted it manipulated the price of silver and electricity.

Goldman Sachs and Wells Fargo admitted they fraudulently manipulated the mortgage and mortgage security markets, both on selling loans and taking them back through foreclosure.

The Libor market and two-thirds of the Treasury market were fixed.

New York bankers paid a $7.5 billion fine for ripping off customers in the currency markets.

The fix was in on credit default swaps, Vancouver real estate, interest rates, high-frequency trading. Money shaving, front-running, Ponzi schemes... And if that wasn't enough, big banks have even been caught running money for terrorist guns and cluster bombs.

That said, I'm a keen believer in the obvious. Around 1300, an English monk named William of Ockham surmised that among competing hypotheses, the one with the fewest assumptions should be selected.

My theory is that since commodities are down 75% since the peak in 2008, they are overdue for a contrarian bounce. 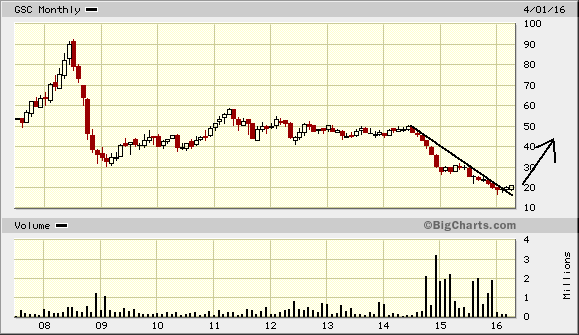 All the sellers have been beaten out, the hopefuls have been crushed, and the true believers have moved on to biotechs...

Up until about three months ago, the only people left holding commodity stocks were the founders, the dead, and those who forgot they were in their portfolios.

History tells us that the biggest move in stocks is the one that comes off the bottom.

And this move is far from over — we're not even out of the top of the first inning. The next dip in commodities will be the buy of the decade. Join us and start making money today. Click here now.