Recession? Not in This Sector!

The alarm bells are starting to ring.

Some of the more aggressive analysts have already predicted doomsday.

And to be fair, they aren’t exactly wrong. This past month alone, we’ve seen a few of the hallmark signs of an impending recession.

Most alarmingly, the industrial metals sector is in a nosedive. Materials like copper and nickel, respected bellwethers of the overall economy, are on track for their worst quarter since the dark days of 2008.

Copper in particular has sunk to its lowest point in 16 months, a complete reversal from its recent mid-pandemic boom. Based on their trajectory, prices could return to 2019 levels in less than a year. 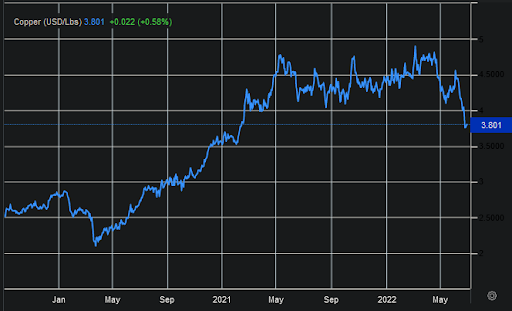 For my fellow metal investors out there, that stings a bit. But for most regular folks, crashing copper prices aren’t a major cause for concern. If anything, consumer appliances could see a decrease in cost.

On the other hand, for those still dealing with the emotional scars and gray hairs from the housing crisis in 2008, the recent cooldown of the housing market should be concerning.

Just like copper, housing prices shot up astronomically during the pandemic. There’s nothing like a yearlong lockdown to make you realize just how small your house is.

Cabin fever combined with stimulus checks launched a record number of homeowners into the housing market within a few months. Predictably, prices spiked and mortgage rates dropped to the floor. 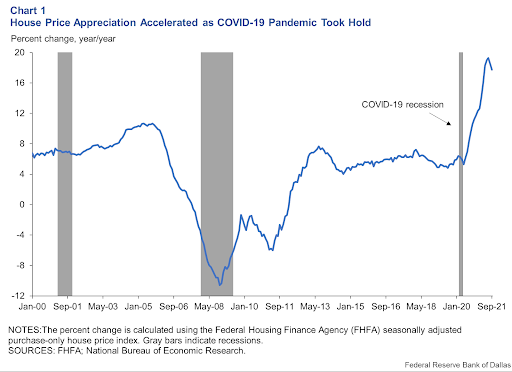 For prospective homebuyers who were forced to bide their time, I have some good news: Your wait may soon be over.

Rising inflation rates are forcing mortgage rates up. While that doesn't initially sound great for buyers, no more sub-3% mortgages means fewer buyers are willing to take the plunge. Consequently, demand starts to fall back to reasonable levels.

Unfortunately, that dip in the housing market is also a big flashing warning sign for an upcoming recession.

It’s unlikely that the situation will get nearly as bad as the 2008 crisis. Banks have learned their lesson about lending to buyers with no credit.

But considering the financial climate we are in, I wouldn’t count anything out.

If You’re Looking to Avoid a Recession, Look No Further

There are a few industries that are typically labeled “recession-proof.”

Overall, they aren’t very surprising: health care, food and restaurants (particularly discount stores), freight and logistics, and DIY and repairs are all industries that thrive in periods of economic downturn.

During the 2008 crisis, for example, Dollar Tree (NASDAQ: DLTR) saw 60% returns in the same year that hundreds of companies went bust. 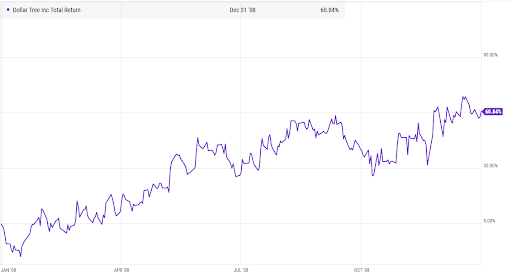 AutoZone Inc. (NYSE: AZO) also made solid gains thanks to a huge increase in DIY car repair. Medical devices, biotech, and drug manufacturing also weathered the storm better than most.

These industries benefit from tighter consumer budgets, handing investors solid returns even during the deepest of bear markets.

But if you ask me, the real winner during rough patches is energy.

Regardless of where the economy turns, everyone needs energy.

Nothing has made this clearer than the current war in Ukraine. If it were that easy to simply switch providers, nobody would bother with Putin’s oil.

Now, oil prices are known to shrink during an economic slowdown. In the past three recessions America has slogged through, prices per barrel have decreased an average of 60%. That fact alone has scared away plenty of misinformed investors.

According to analysts at Bank of America, that isn't going to happen this time — whether we enter a recession or not.

Cash flow to the sector is absurdly high due to months of high prices. Refining margins are at record levels, so the fear of a 60% price cut is entirely unfounded. 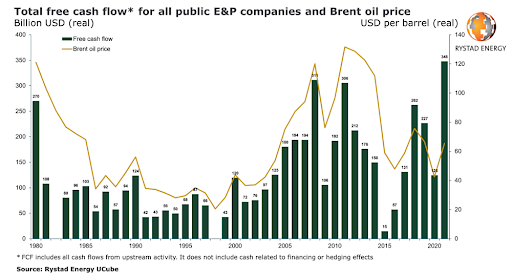 As the summer driving season heats up in the U.S., oil might be the only commodity that allows investors to make real income from just a few stocks.

That’s an ambitious prediction, but I stand by it.

After all, oil is famously inelastic; regardless of the price, consumption stays more or less the same.

That means even if a 2008-level recession rears its head, analysts are confident that oil prices won’t fall more than $20–$30 per barrel.

For consumers, that means relief for gas prices could be around the corner.

For investors? That means it’s time to start making income from your oil investments. It’s not nearly as complicated as it sounds.

Don’t take my word for it, though — I learned everything from following our top energy analyst, Keith Kohl. His guide to investing in the energy sector is the industry standard.

HIs presentation is available now, just in time to fight the recession.