Only One Russian Industry Has Escaped Sanctions

The U.S. and the EU have already launched their most powerful nonlethal attacks at Russia. Unforgiving sanctions have crippled the economy, no matter what Moscow’s propaganda machine claims. 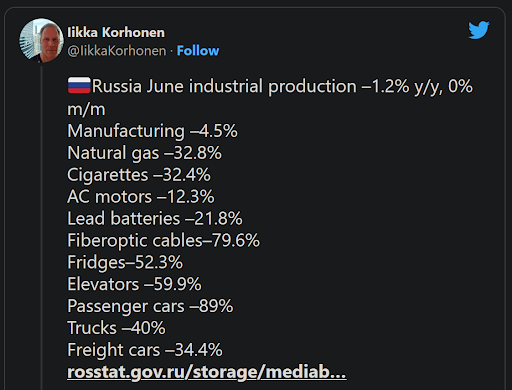 A few of Russia’s most profitable exports are now inching toward triple-digit losses. The sanctions are clearly working as intended.

Whether or not these measures will slow Putin down is another story. He’s demonstrated a terrifying readiness to let the country burn while the military marches onward.

More and more foreign business is fleeing the country. Most of Europe is working on breaking its addiction to Russia’s oil and gas, forcing state-controlled Gazprom to offload its supply in Asia and Africa.

The G-7 is even considering forming its own cartel to limit purchases of Russian energy forever. At this point, every political option has been exhausted. Every corner of the economy has been sanctioned except one.

As it turns out, this particular sector of the economy has been deemed too important to warrant any harm. Biden and the leaders of the EU have all quietly omitted it from their laundry list of punishments.

Rosatom, Russia’s state nuclear energy company, has so far been completely ignored by these angry lawmakers. The company is still working though a $130 billion backlog of projects around the world. 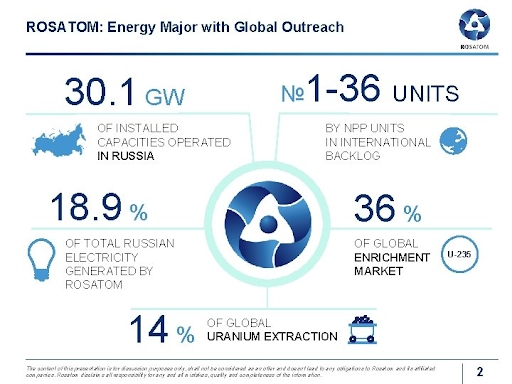 If anything, the success of the nuclear industry makes it a ripe target for sanctions. But given his current abysmal approval ratings, Biden wouldn’t dare — for more than a few reasons.

Biden Will Do Anything for This

Close to 40% of the world’s uranium enrichment infrastructure is controlled by the Kremlin. Dozens of plants rely solely on Russian fuel, while nearly all of the 440 active reactors went through Russia at some point in their supply chain.

Rosatom also provides a huge amount of global investment in the nuclear industry. The company recently sent Turkey close to $20 billion for an upcoming project.

It’s not quite on the scale of the oil and gas industry, but it still puts quite a few rubles in Putin’s pocket. If I were planning to put pressure on a misbehaving country’s economy, that’s exactly where I would start.

But Biden won’t do that anytime soon. His long-term climate goals absolutely depend on it, and he can't afford to be breaking any more promises.

By refusing to curtail the world’s nuclear energy market, he’s silently giving us the most bullish signal we could ask for. The future of energy in the U.S. will definitely include nuclear.

From a global perspective, blocking Russia from providing uranium to the world would only exacerbate the ongoing energy crisis.

Cutting off nuclear power from an already energy-starved world will help no one and hurt the entire planet. After all, what happens when renewables fail and the world needs power?

That’s right, we come crawling back to fossil fuels — Russian fossil fuels, to be specific. Letting Rosatom continue unimpeded is the far, far lesser of two evils in this circumstance.

For now, the energy sector doesn't need any more chaos.

This Situation Is Starting to Look Familiar…

Heavy dependence on a singular source of energy is a recipe for disaster. That’s a harsh lesson Russia itself taught the world.

Yet here we are again, making concessions for Putin for fear of him cutting off uranium supply. It’s like our politicians are caught in an endless shortsighted loop.

Luckily, Biden has a plan — or so he says, at least.

His infrastructure plan includes billions of dollars for clean energy development. Since he is totally unwilling to risk disrupting his own future supply chains, we know for a fact that nuclear power is involved.

A huge focus of legislation during this administration has been about diversifying supply chains and increasing domestic production of critical materials. If Biden is serious about his plan to develop next-generation nuclear reactors, uranium needs to be on that list.

Mining, enrichment, construction, and operation could all easily be done domestically. The U.S. has plenty of uranium reserves and competent engineering talent.

Those talented engineers are currently competing for some of Biden’s funding when it becomes available. A few practically unknown companies are on the shortlist to potentially receive millions overnight.

This is as close to a perfect investing opportunity as you can get. Biden has practically told us which industries he will be banking on for the future.

Our team has narrowed down which companies are most likely to win Biden’s nuclear lottery, and you’ll be one of the first to learn about about them.

Don’t make any financial decisions until you see this presentation. Not everything in this industry is as simple as it seems.