Only God and Rich People Don’t Care About Credit Scores

I was 26 years old, and I knew that renting was no longer for me. I worked too hard for my money only to have it flushed down into the abyss of rental rabbit holes.

The house was in an up-and-coming section of Baltimore called Hampden.

At the time, it was still overrun with junkies, dealers, and hookers. All three operated in a sad and vicious cycle of drug addiction and violence.

But something new was happening.

The once-run-down section of Baltimore started to see an influx of residents as rents were some of the cheapest you could find in North Baltimore.

You could smell it in the rotten air and see it on the signs of the contractors that were rehabbing the place, house by house and street by street.

I may not be good at a lot of things, but I know a bargain when I see one.

Of course, I really had no idea it would increase in value so quickly.

In fact, when I bought it, I was mostly consumed by my credit score, which weighed on me as a heavy burden of anxiety.

From my real estate agent to my grandfather, all I kept hearing about was that I better have a decent credit score.

Now, I’ve always been pretty responsible with my finances.

I never took on excessive debt, paid all my bills on time, and tried to maintain enough cash in my bank account to carry me for at least three months, just in case I found myself out of work.

Still, the way people talked about credit scores, it ended up being something I stressed out about a lot.

Of course, my credit score was fine, but it always bothered me that we put so much pressure on ourselves when it comes to our credit scores.

And to make matters worse, credit scores will soon be even more convoluted since they could soon depend on far more than just basic financial information.

Pretty soon, credit scores could also depend on your internet history.

Why Rich People Don’t Care About Their Credit Scores

According to the International Monetary Fund, companies could soon be looking at your browsing history to help determine the size and terms of a home or auto loan.

While some folks might see this as a good idea, as such a situation could paint a bigger picture than just an occasional missed loan payment, this also brings up a huge privacy concern, thereby resulting in more government oversight and regulations.

Big Data now having the ability to control whether or not you can buy a house?

This is a horrible idea — at least for the majority of people across the globe who need to rely on credit scores to get home and auto loans.

But you know who could care less about this stuff?

You think the next time Elon Musk buys a home he’ll give a crap about his credit score?

You think Jeff Bezos is shaking in his boots when he sees an online advertisement warning him to monitor his credit score?

A colleague of mine recently bought a new home just outside Boston. He paid $860,000 for it — and he paid cash.

The thought of a credit score didn't even enter his mind.

Truth is, if you have enough scratch, credit scores are about as worrisome as being eaten by a dinosaur.

When my neighbor first brought this to my attention, he suggested I write an article about how you can improve your credit score.

I looked at him, laughed, showed him this picture… 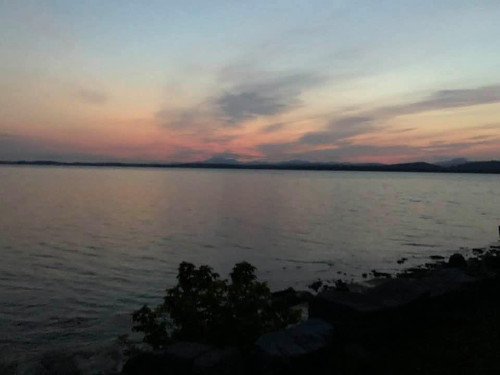 And said, "God doesn’t care about your credit score."

The value of your life does not coincide with your credit score, and I reject the implication that it should.

Yes, many of us still need to borrow money for a lot of different things, but I find it far more advantageous to focus on my ability to create significant wealth than to focus on increasing my credit score by a few points.

This is one of the many reasons I got into the world of finance many years ago: to make enough money that I’ll never have to be held hostage financially by a credit score.

I’m not going to lie…

And this is why I strongly urge you to stay on top of every moneymaking opportunity we present to you here at Energy and Capital.

Here are just a few of my favorites:

Don’t waste any more time worrying about your credit score. Just get rich and never think about it again.