The Bullish and Bearish Case in Bullets

There was a glut of oil news out this morning after OPEC's monthly report.

The bulls and the bears are fighting it out, with the new bullish idea being that oil will be $80 by the second half of 2016. The bears are pushing for $25.

Here are the arguments for the bears: 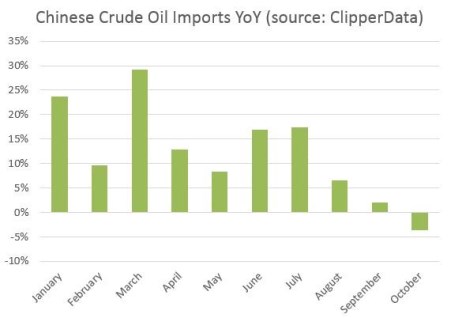 2. Nineteen oil and gas companies have filed for bankruptcy in the past 18 months.

3. The chairman of Saudi Aramco has said they won't cut production: “There have been no conversations here that say we should cut production now that we’ve seen the pain.”

4. Stockpiles are the highest levels in 10 years. They are 210 Mbbl above the five-year average in the G20 economies. 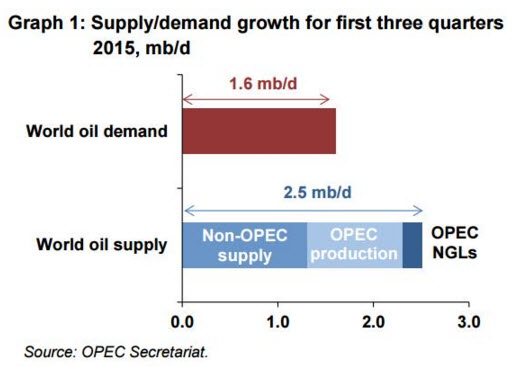 6. Iran will boost supply after the sanctions end as soon as April 1, 2016. Iranian oil is similar to Russian oil and will likely make inroads in the EU.

7. There is an argument that renewable energy prices are dropping to such an extent that demand for oil will slow.

On the bullish side is value.

1. Barclays recently put out a note saying that energy does well in rising interest rate environments. As you know, the Fed is yet again threatening to hike rates at its next meeting. After seven years of this game, Grandma Yellen is saying that this time, she really means it!

From the Barclays note:

In addition to the so-called later-cycle cyclical sectors, the global energy sector has displayed a degree of robustness during periods of rising interest rates ... Barclays’ Commodity Research Team anticipates a recovery in the oil price to around $70 (Brent) by the end of 2016. Such a rise would likely bring about a near doubling in estimates for oil company earnings, reducing the sector’s earnings multiple to around 11 times.

4. U.S. shale producers are seeing a huge capex crunch as banks refuse to lend more money. Oil companies are expecting to cut 20% to 60% in expenses next year. 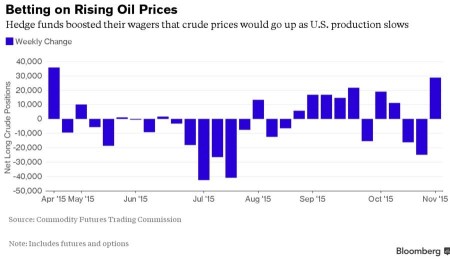 6. There is no contango. A contango structure in the futures market is when front-month oil prices trade at a discount to future-month oil futures prices. If we were in an environment of large oversupply, there would be a severe contango situation, as oil-now prices would be at a discount to oil-then prices. In 2008, the discount was $23 a barrel. Right now, the price for front-month WTI is $4 higher.

7. Mergers and acquisitions are starting to pick up. Apache Corp. has rejected an $18 billion takeover offer. Noble Energy bought Rosetta Resources for $3.9 billion in July.

So who is right? The bulls or the bears?

Well, given that none of us can see the future and that “this time is different” arguments are always the sign of a turning point, I have to side with value.

The point of investing is to buy low and sell high. We are now low. There are oil exploration companies like Tullow Oil that are sitting on massive oil finds but are trading down 90% from their highs.

The risk/reward is such that if oil did go back to $80, these stocks would see a 500% gain. The downside is that they get bought out at a premium on the next wave of M&A.