Oil remains the lifeblood of the global economy. The world consumes over 100 million barrels a day. On a yearly basis it consumes 1.134 trillion gallons, or about half the amount of water in Lake Michigan.

Oil companies are crucial because they provide fuel for transportation, power, and plastics.

Investing in oil can be highly profitable — I’ve made some of my fastest and largest percentage gains off small oil exploration companies that hit the mother lode, including 780% from Petro Matad and over 400% from Dragon Oil.

It is an old Wall Street adage that the solution to high oil prices is high oil prices. When oil is $100 a barrel, money gets put into exploration and extraction. Furthermore, people don’t drive as much or look to other forms of energy and thus reduce demand.

The upshot is capitalism at its best. More supply and lower demand drive oil prices lower.

The opposite is also true. Low oil prices lead to the destruction of companies and a slowdown in exploration.

Right now, after a wild year when oil prices went negative, we are having a tremendous drop in demand.

Just look at this chart on the oil rig numbers: 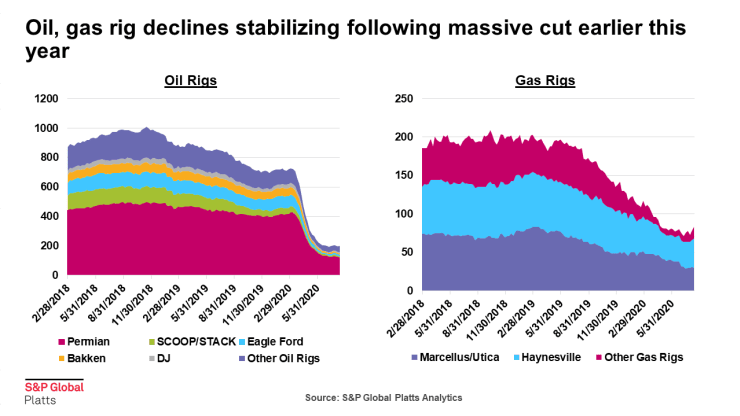 This is unprecedented. There are fewer than 200 producing oil rigs in the country? Crazy. It's almost unimaginable.

But one could make a very strong argument that this is the bottom of oil prices and a demand surge could very easily send it over $100 a barrel.

Oil demand grows along with the economy. A growing economy leads to higher oil prices and profitability, especially when there are fewer producers.

And there are fewer producers.

According to Reuters, oil and gas companies spent over $156 billion on corporate takeovers and land deals during the second U.S. shale boom a few years ago.

Many of these loans won’t be repaid, which means banks won’t lend more. Thirty-six U.S. energy companies have gone bankrupt so far this year. Rystad Energy expects another 150 will file by the end of 2022.

Production in the U.S. has dropped by over 1 million barrels per day. Oil storage is full worldwide.

The Dallas Fed Energy Survey said that 82% of respondents shut in production in the second quarter. These wells cost money to restart.

But we here at Energy and Capital are nothing if not contrarian investors. We look to the future and say, “What if oil demand goes back up?”

And so it will. COVID-19 death rates have dropped to a minimal amount. New York is running about three deaths a day and the trend is down.

I predict the plague will be over in two months. Lockdowns will be lifted. Travel will resume.

Here is a chart from the ExxonMobile investors presentation. Demand is already returning. Production will remain weak. 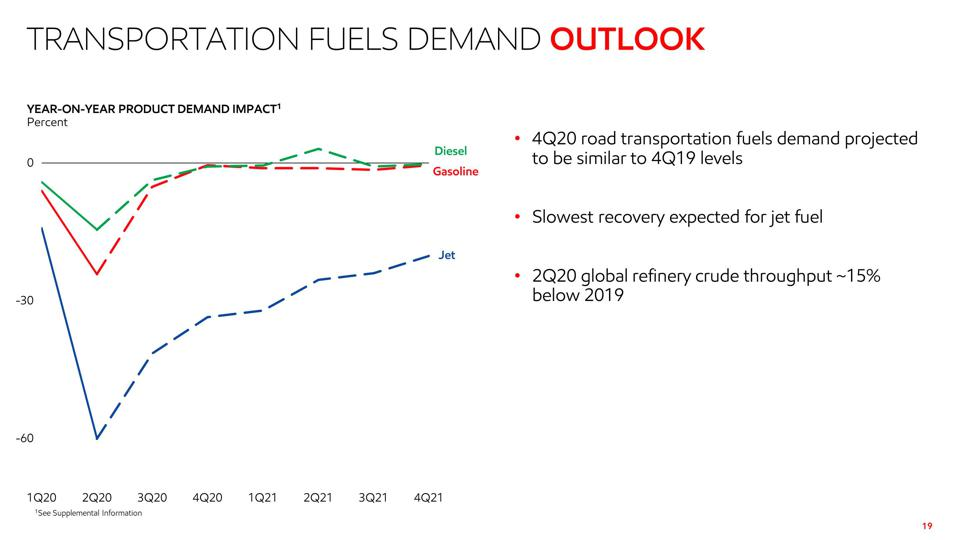 This sets up a perfect buy for the surviving companies. Those with strong balance sheets and low production costs will make money hand over fist.

And it just so happens we found one. Click here and start making money today.