Good Oil is Hard to Find

Written by Christian DeHaemer
Posted May 26, 2011

Their whole point of work was figuring out if it was worth $115 million to drill a well in search of oil. Investors don't like dry holes.

Kenya has about 20 blocks — all of them leased — and sits on four different oil basins, including the East African Rift and an offshore basin with a great deal of natural gas...

But no one wants to be the first to pony up the money for a strike. Don't get me wrong; they are all talking about it. I got the impression that everyone was looking at their neighbor and saying, “You go first.”

Oil companies — at least those that survive — are very conservative by nature. One or two bad wells could cost a company their quarter... or even their year.

But as soon as one company hits oil in Kenya, the rush will be on. Already, the price of exploration blocks is rising rapidly.

How to Find Oil

One of the best presentations during the conference was given by Brian Frost of Anadarko Energy (NYSE: APC).

Anadarko is a great exploration company based in the United States. That said, their balance sheet has gotten rather heavy on the debt side, and they have a trailing P/E of 147.

In other words, I'm not a buyer here. But Mr. Frost gave some insight on how one goes about finding oil.

He had three basic points.

The first idea was to eliminate the places where oil isn't. This sounds obvious — and I guess it is.

The second point was to eliminate all offshore areas that are deeper than 4,000 meters. This reduces the available map further. Then the company looks for a basin deep enough so the pool of oil will be enough to make it profitable.

Finally, the company looks for political stability and runs the numbers to see if the well can be profitable. If it costs too much to produce and transport the oil, then it makes no sense to drill a well.

Furthermore, if you think the politicians are going to nationalize the well after you put up all the money and work, then you don't drill.

Any or all of these reasons is why you don't see the supermajors like ExxonMobil (XOM) in East Africa. They will wait until the oil is proven and the risks are minimized.

But for the quick and nimble — and those companies that take risks — East Africa is where they will make their fortune.

Anadarko is just small enough to take chances. But it hedged this by seeking geological data that others obtained and then abandoned.

A Gusher or a Dry Well

Oil, as you know, is a volatile commodity. 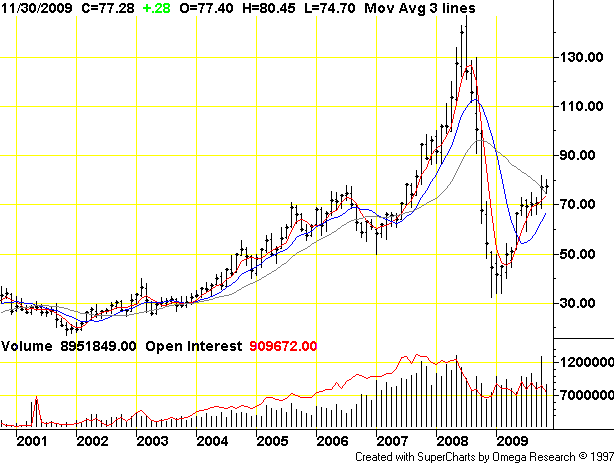 When oil is expensive, investors come out of the woodwork and put up big cash to try and discover new oil.

When oil drops in price — as it did in 2009 — the investors put their money away. You can't find the money to drill a hole, no matter how good it looks.

This scenario means that companies put in the work on wells, get the seismic data, and then run out of money.

Or perhaps the price of oil wasn't enough at that time to warrant the risk of developing the property... This gives a second company the chance to buy their data and see if it's worth doing given the new circumstances. There are companies that do nothing but buy and sell this survey data.

This is how Tullow Oil (TLW.L) found a billion barrels of oil in Lake Albert, which borders Uganda and the Congo. This single find turned Tullow from a penny-stock wildcatter into a $11 billion mid-major. 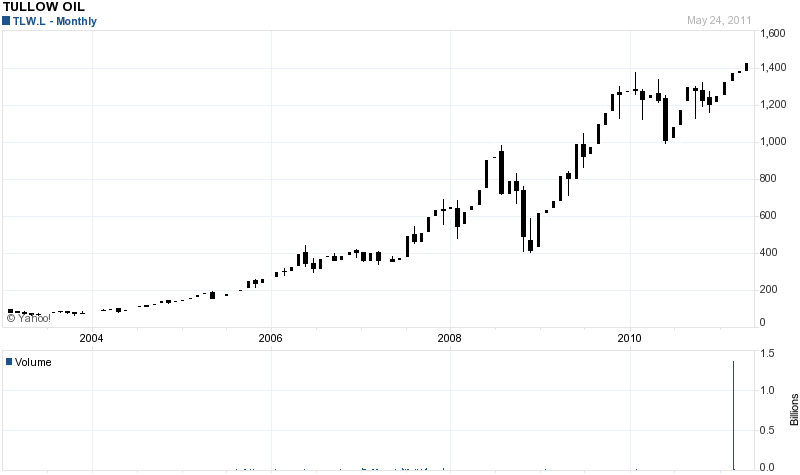 It also enabled them to explore a great deal of Africa with a number of finds off the West African coast.

Tullow is the best up-and-coming oil company out there. They have a fantastic team with a proven track record that manages to find oil where the big boys fear to tread. They are the poster boy for doing it right.

I'd buy Tullow here, as the chart has broken out to new highs and the price of oil looks to be going up over the next few years.

However, it's unlikely you will get another 1,500% gain from these shares. No — most of the money in Tullow has been made.

If you want to make the big money, you have to find "the next Tullow", the one that's going to strike oil this summer.

Or perhaps a company like the one I found in Mongolia, which has already hit oil in four wells and is drilling its fifth as I write this.