This article is part of a speech Nick delivered as a featured speaker at this year's New Orleans Investment Conference. You can find the speech in its entirety here.

Let's look at some numbers without any politicians or oil executives here to spin them for us.

Both the International Energy Agency (IEA) and the U.S. Energy Information Administration (EIA) have said the world will consume between 89 and 90 million barrels of oil per day next year.

The only problem with that is the world has never produced that much oil.

The most oil the world has ever pumped is 74.05 million barrels per day. 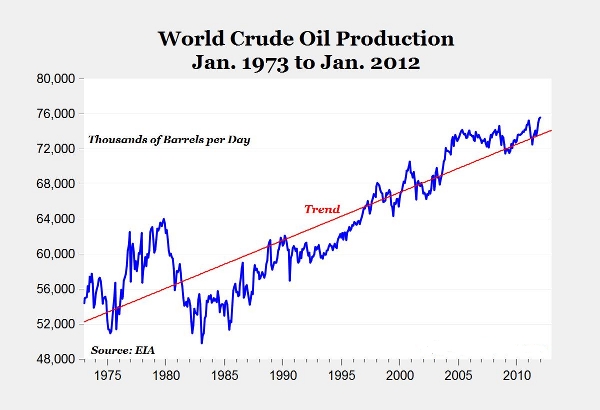 That's about 16 million barrels per day shy of what we'll need next year.

We've been making up the difference with natural gas plant liquids (NGPLs), other liquids, and the oil that's already in the system, either in pipelines or stored reserves.

That's why the price spikes at the tiniest supply hiccup or event in the Middle East. Gas shot to $5.00 a few weeks ago in California because one refinery went down.

If that doesn't tell you we're living on the margin, cutting it close, I don't know what will...

Now, I'm a simple guy. When I see demand higher than supply, I take it as a bullish signal.

I'm bullish on oil and I'll be long until the production outpaces consumption — something I never expect to happen.

I buy oil using the ProShares Ultra Crude Oil ETF (NYSE: UCO). And I buy it any time oil heads below $90.

The other simple data I want to look at pertains just to the United States.

You may have heard that U.S. oil production is surging. And that's true...

We're producing more oil now than we have in 15 years: about 6 million barrels per day. This is mostly due to new ways to harvest our vast shale oil reserves, like the Bakken, and new drilling technologies like hydraulic fracturing, or fracking.

But it isn't time to rejoice just yet.

It won't be easy to fill that gap, considering the U.S. has never produced more than 10 million barrels per day, and the closest we got was back in the 1970s. We're just now getting back up to 6 mbpd after falling to five million a few years ago. 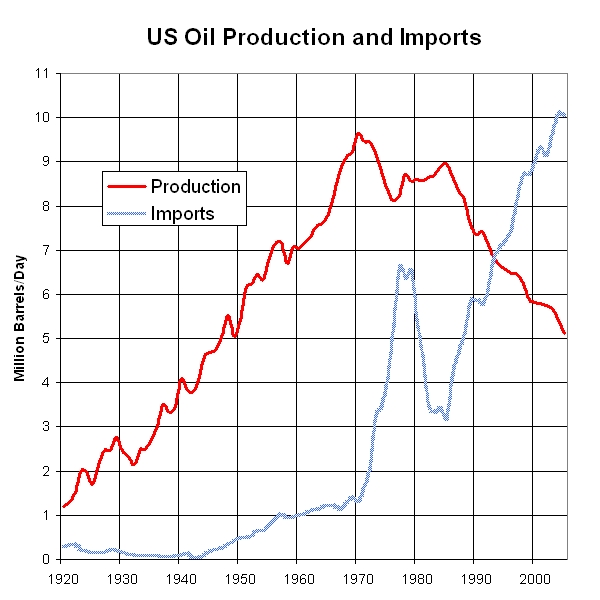 That trend should continue as new shale formations are developed and new drilling technologies allow us to get more from each well.

And you can take advantage of this domestic energy boom — in both oil and gas — by investing in energy trusts that pass on oil income from properties in various formations...

The Whiting USA Trust I and Trust II (WHX and WHZ on the NYSE) are paying quarterly dividends of $0.68 and $0.89, respectively.

For monthly distributions and more exposure to natural gas, check out the Enduro Royalty Trust (NASDAQ: NDRO), paying $0.14 per share, per month.

I'd also be looking at downstream plays for historically cheap natural gas, like transportation and infrastructure...

Almost 70% of trash trucks and transit buses sold this year will run on natural gas, and Westport is one of the few pure plays in the space.

I'll get back to the normal column next week.