Challenges and Solutions for the World's Most Extreme Projects

The 2009 Offshore Technology Conference (OTC) in Houston sported the most massive exhibit hall I have ever seen, including huge trucks, enormous steel parts weighing many tons, drilling rigs, giant generators and pumps and other assorted gear that makes offshore drilling possible. This week, I take a look at some of this amazing technology. 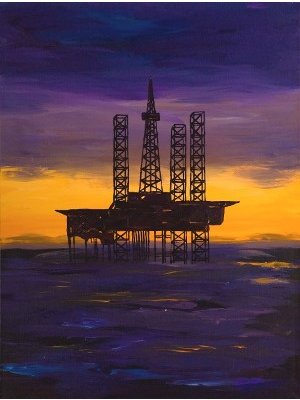 Reporting from the conference last week, I explained why the oil and gas industry must strive under increasingly challenging conditions to maintain or increase their production rates. The world's largest, cheapest and easiest to produce resources have been exploited, and the best untapped resources that remain are in extreme places like the frozen Arctic, or under a mile of ocean water, or in marginal formations like shale.

The oil and gas industry is constantly in pursuit of new technologies that will allow them to develop these remaining resources, like horizontal drilling and fracturing, advanced seismic modeling, remotely operated devices, and subsea systems.

Nowhere is the technology more advanced than in deepwater drilling and production, with modern hardware incorporating everything from giant versions of low-tech nuts and bolts to the ultimate in high-tech hardware and software.

Consider the hardware I saw on our tour of Cameron International Corp (NYSE: CAM), the world's top supplier of subsea components. In search of the elusive "unobtanium," Cameron engineers at the Houston facility perform metallurgical miracles, designing and testing deepwater drilling parts against the most tortuous of conditions—temperatures that fluctuate by 500 degrees, under pressures of up to 30,000 psi (by comparison, your household water supply has about 60 psi)—twisting and bending the steel at up to 5 million foot-pounds of pressure to simulate the real-life conditions of a floating drilling rig, all in an effort to prevent oil spills and blowouts in undersea drilling operations.Everything is double- or quadruple-redundant to guard against dangerous and costly failures.

Their "blowout preventers," for example, are high-tech marvels, incorporating microprocessors, super high tolerance parts, electric motors, seals and other components in a unit that sits on the seabed under incredible pressure and temperature, waiting to disconnect the wellbore from the production system in seconds without spilling a drop of oil on command from an operator miles away. 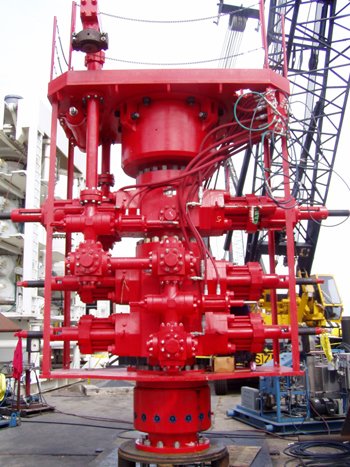 Other Cameron products include "Christmas trees" (stacks of valves and fittings that control the flow of fluids from an oil well and prevent their release into the environment), seals, chokes, compressors, control systems, completion equipment, pipe connections, robotic remotely operated equipment to connect equipment at depths divers can't reach, and subsea systems that can separate salt, water, and gas from oil all on the seabed. Their equipment is routinely deployed today in water depths of over 7,800 feet. Not surprisingly, one of Cameron's top customers is one of our long-term favorites, Transocean LTD (NYSE: RIG) the king of offshore drillers.

I got a glimpse of the software end of advanced drilling technology on a tour of Halliburton's "Real-Time Decision Center and Visualization Center." As a former software engineer and architect, what I saw their systems do took my breath away. Halliburton (NYSE: HAL) engineers and their customers can now plot and steer the path of a drill bit from a half a world away, coordinate petabytes of data from disparate sources in real-time, collaborate with engineers in far-off locations, and examine 3-D models of the rocks they intend to drill. Such technology has enabled Halliburton to drill seven hits out of nine attempts in the most extreme drilling conditions in the world-an impressive success rate.

Other major industrial companies at the conference like industrial giant FMC Corporation (NYSE: FMC) demonstrated the capabilities of their floating production storage and offloading (FPSO) systems, which enable the development of deepwater fields in places like Brazil and the U.S. Gulf of Mexico. These systems can collect the oil from multiple wells on the seabed, connect their output to a central "manifold" system, do the processing to remove the water and gas, pump the oil to the surface, and load it directly onto tankers.

With an uncertain outlook on oil and gas for the next few years, one might think that the purveyors of these high-ticket items would be suffering from falling orders, and to be sure they took their hits along with the rest of the equities market through the end of 2008. But all found their bottoms starting in 2009, and have staged an impressive rally in the last two months as they followed the broader market up: 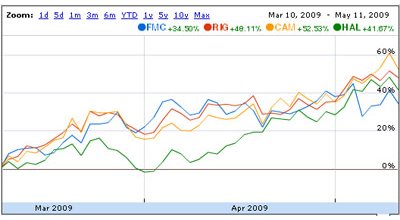 The fact is that deepwater production is now the name of the game in oil and gas. If we want it, we're going to have to go there to get it. Oil producers know this and are still pouring billions into its development annually, in the expectation that over the decades that it will take to develop these fields, their investments will pay off handsomely.

In a technical session at the OTC conference, Baker Hughes Inc. (NYSE: BHI) observed that the drop in oil demand in the last big downturn in 1983 was 24% off the peak, whereas demand has only declined 4% in 2009. "The easy oil has been found," declared BHI CEO Chad Deaton, and when the economy rebounds the supply problem will be more intense than ever. He believes that $100 a barrel pricing is needed to ensure future supply, a point I have emphasized in this column (see "The Sleeping Threat of Low Oil Prices").

Or, as Karen A. Harbert, the Executive Vice President and Managing Director of the Institute for 21st Century Energy (a department within the U.S. Chamber of Commerce) put it, "We're going to be wishing for $4 gas if we don't get our act together."

The oil and gas industry faces numerous challenges in addition to prices that are too low. For one, a lack of qualified personnel plagues the business from end to end. A majority of the personnel are over 50, followed by a 10-year gap before reaching the next tier of 35-40 year olds who could take their places—the result of a sharp decline in petroleum geology students during the 80s and 90s. Technical, regulatory and political challenges, delivery scheduling issues, and cost control are major hurdles for the industry as well.

Taken together, the picture for offshore oil and gas development is clear: demand will remain high, and the prices for oil and gas will have to rise for the industry to meet it.

In future columns, I'll share more insights from the OTC conference, including the technical challenges of drilling in the Arctic, the enormous complexity of developing new oil and gas megaprojects costing billions, and some promising new ideas for storing and delivering energy from far-offshore wind farms.

Investor's Note: Identifying these trends in the oil market is one of the best ways an investor can take advantage of oil's next run. And I want to see my readers take part in that success. Simply click here to learn how you can profit alongside these deepwater plays right now.