The Nissan Leaf is not being built in China. The car will be exported from Japan. Nissan eventually would like to have the car built in China as well.

Carmaker Toyota Motor Corp. (NYSE: TM) isn't jumping onto this bandwagon quite yet. 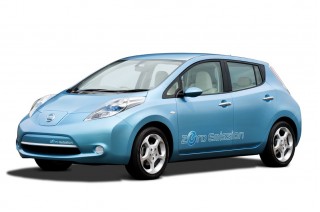 Toyota is reluctant to join the Chinese market because the Chinese government requires that the automaker share their electric-drive technology with them.

China offers subsidies to those who buy an electric car, and China just happens to be Nissan’s largest market. In 2010, 1.3 million Nissan cars were sold in China; Nissan hopes to change this number to 2.3 million by 2015.

Battery costs contribute the high price people must pay to own an electric car. The car is too costly for many people in China and even those in the United States.

Automakers need to continue to sell electric cars not only to help meet emission goals but to reach the new U.S. economy standard of cars reaching 54.5 miles per gallon by 2025.