The Winners in Cheap Natural Gas

We're now at the time of year when kids start dreading going back to school, moms dream of free time during the day, and granddads pick a weekend to winterize the boat or shutter the cabin. 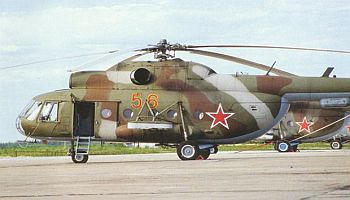 Us resource guys, however, think about buying natural gas for the annual winter price boost.

But this year the markets aren’t buying it.

On Wednesday, the Energy Information Agency (EIA) came out with a bearish report.

Last week, the price of natural gas fell as much as $1.36 per million Btu; after the report, prices fell to $3.77 — dipping well below $4 for the first time since May.

The market was expecting a 38 bcf gain, even though the historical five-year average is 59 bcf gain for the third week in August.

As you can see by this handy government chart, if you convert the price of oil into dollars per million Btu, you'll see that oil cost a whole lot more than natty gas.

Though, I will grant you that both energy sources have been falling over the past month.

Gas is cheap because of the 100-year overhang that new drilling methods have discovered.

My good friend Keith Kohl has made a ton of money for his readers by getting in early on this trend and staying ahead of the curve. If you'd followed his advice, you would have made gains of 356% and 129%.

Historically, the price of natural gas to the price of oil has run in the range of six times to twelve times.

A lot of natural gas bulls made a big deal over this fact in the spring, thinking that ratios tend to return to historical averages.

What they didn’t count on was the fact that drillers and explorers would continue to play a game of brinkmanship, hoping that the other guy would shut down production.

They can’t, in fact, because they leveraged themselves out the wazoo buying up fracking rights in a massive land grab. They have to cover the note or go out of business.

This is why you’ve seen buyouts in this field.

The natural gas situation is yet another example of the old adage that the market can stay irrational longer than you can stay solvent.

The winners in this situation are those that can produce natural gas the cheapest, and get it to market the easiest.

But the real winners are those that use it — companies like Clean Energy Fuels Corp. (NASDAQ: CLNE) that have built infrastructure to service fleets of vehicles in airports and harbors.

If Obama ever gets behind natural gas for use in vehicles as he did in putting electric recharge stations in various downtown areas, companies that make infrastructure could benefit.

But the coolest thing is natural gas attack helicopters…

Forty years ago — at the height of the Cold War — Soviet scientists began building a helicopter using liquefied natural gas.

In the late 1980s, they were successful in replacing JP5 (or aviation kerosene), and had test-flights in helicopters and airplanes that lasted hundreds of hours.

Not only did nat gas work — it was better.

LNG was less corrosive toward the bearing and stuffing materials; it cost less, and it wouldn’t leak over a hot engine and cause fire or explosion.

As you know, the number one cost to run an airline is fuel.

If you could safely and easily fly a plane at a quarter of the fuel cost of traditional airplane fuel... why wouldn’t you?

According to Air Fleet, a Russian trade magazine, the technological improvement in natural gas use for aviation was quashed by those with interests in the oil business. Some things are the same everywhere.

But things are starting to change...

Qatar Airlines put out a press release saying that it is planning to convert its aircraft from kerosene to natural gas.

Qatar Gas, Royal Dutch Shell, and Qatar Airlines are negotiating an action plan for this project which could make the major Middle East air carrier the first to give up traditional fuel using an Airbus A380: “the first commercial aircraft to fly with Shell synthetic jet fuel processed from gas… ”

Qatar, as I’ve written about before has little oil and a surplus of natural gas — so, that’s where its interests are.

Markets have a way of finding the lowest cost supplier. Those that act first get the highest rewards.

Once again, sadly, the U.S. energy industry has failed to lead.