Make Your Grass Greener (or... Golder)

“Do you know why the grass is always greener on the other side?
Because that guy takes better care of his lawn.”

My father told me that as a child. It was among the many humorous ways he taught my brother and me about taking personal responsibility.

As an adult, I've come to understand the full meaning of what Dad was trying to tell us. My father wasn't just trying to teach my brother and me to take responsibility and accept the consequences of our negative actions. He was also teaching us that it's okay to be proud of the rewards from hard work and determination.

Moreover, my father was evoking the idea in Benjamin Franklin's famous motto: “Mind your business.”

Today, the official motto of the U.S. is “In God We Trust.” However, this wasn't always the case. In fact, “In God We Trust” wasn't the U.S. motto until 1956, when President Dwight Eisenhower and Congress took several different legislative actions to specifically differentiate the United States from atheistic communism.

An act of Congress in 1782 established “E Pluribus Unum” (“From many, one”) as the motto for the Seal of the United States — which has been used on coins and paper money since 1795. However, the first motto to officially appear on U.S. coinage is credited to none other than Benjamin Franklin.

On April 21, 1787, the Congress of the Confederation of the United States authorized a design for an official copper penny — later referred to as the Fugio Cent, seen below: 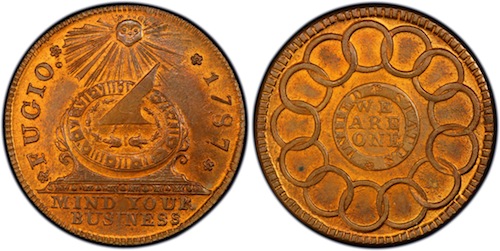 This coin was reportedly designed by Benjamin Franklin. The phrase “Mind Your Business” and the images on the coin form a rebus — a puzzle in which ideas are expressed via a combination of symbols, words, and individual letters.

Franklin's rebus here has been generally understood as, "Time flies; do your work" — which brings me to the point I want to make with you today...

It's time to load up on physical precious metals.

Gold... silver... platinum... palladium — all of them have pulled back on profit taking and uncertainty over the Federal Reserve's interest rate decision next month.

Meanwhile, most of the country is asleep at the wheel, focusing on what Donald Trump will say next or who's next to them in the bathroom.

And that's great! I encourage them to continue.

But to you, I say, “Mind your business.” Tend to your own lawn first. Then worry about what everyone else is doing.

Because at the end of the day, they'll simply own a good feeling that they fought for an ideology — and we'll own precious metals.

Our grass will be greener.

Let me start with gold...

Of these, I would most recommend the Canadian Gold Maple Leaf due to slightly higher liquidity. But you will not have much of a problem selling any of these when the time comes.

The price of silver is approaching $16 an ounce. And the premiums for privately minted silver rounds can be as low as $0.50 over spot.

American Silver Eagles are probably an investor's best choice for physical silver bullion, although the premiums for ASEs are a little higher than for other silver bullion like the Canadian Silver Maple Leaf and Austrian Silver Philharmonic. 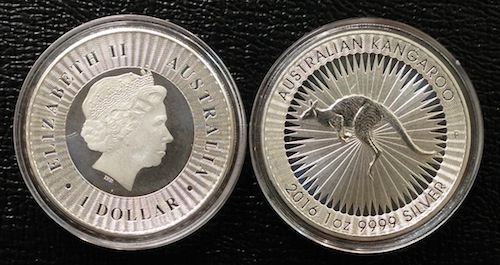 Fractional silver bullion (1/10-, 1/4-, and 1/2-ounce) is not worth the extremely high premiums. Stick with one-ounce or higher silver coins and bars.

Moreover, there are really only a handful of producers that mint physical platinum and palladium coins and bars. So your options are quite limited.

The premiums for one-ounce Canadian Palladium Maple Leafs are reasonable. However, any fractional denomination is going to carry an outrageous premium over spot prices.

In short, the one full-ounce Canadian bullion Maple Leafs are probably the best bet for precious metal investors right now. Buy these coins. 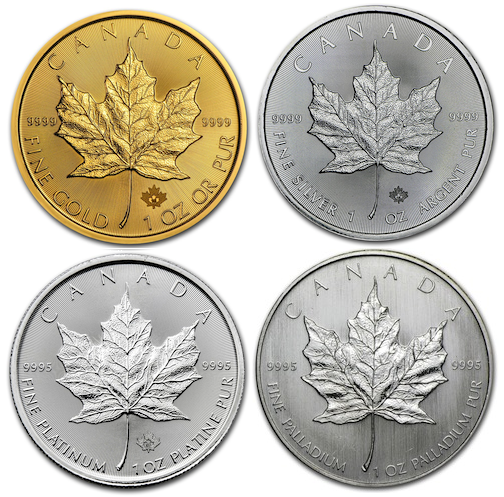 This weekend, I'm going to write to you again with a few precious metal stock ideas. I watch dozens of precious metal mining and exploration companies every day. And I see some great opportunities to pick up shares while precious metals remain in this short-term lull. I'll get back to you then.

"Article was edited May 26 for grammatical error."