Liquefied natural gas (LNG) has become one of the most important and profitable American exports for both investors and corporations alike.

Icahn's stake in LNG is worth over $1.5 billion today

And LNG is highly profitable for back-end services supporting the energy industry: Trafigura Group, one of the world’s leading independent commodity trading companies, said this week that the company's 1H 2019 profits increased by 92% due to a strong performance in oil and petroleum products trading, particularly LNG.

Natural gas has completely transformed the American energy industry in the past 15 years. With new technologies like hydraulic fracturing and sideways drilling being introduced in the mid-2000s, natural gas production soared in states like Pennsylvania, Texas, and Colorado.

But just being able to produce more natural gas was only part of the equation. Producers also needed new buyers. Fortunately for them, they've found those buyers with the help of Mr. Donald Trump.

To understand how we got here, we need to take a step back in time by three decades.

In the early 1990s, the world's largest natural gas field, called South Pars, was discovered off the coast of Iran in the Persian Gulf. Since then Iran has been trying to develop that massive resource to supply domestic needs and export to Asia and Europe. 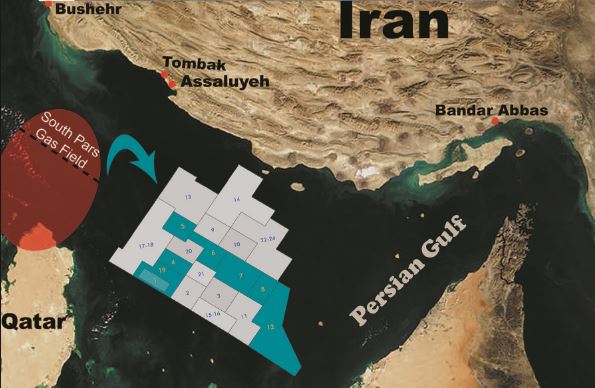 But U.S. politics frowns on that. The U.S. and Iran have been at loggerheads since the 1970s (for multiple reasons), and politicians on both sides of the aisle have been trying to disrupt the development of South Pars ever since its discovery.

In 1996, then President Bill Clinton signed the Iran and Libya Sanctions Act into law, which targeted European and Asian firms investing more than $20 million in the Iranian oil sector.

More rounds of sanctions against nations dealing with Iran during the George W. Bush administration followed.

Obama went against the grain, allowing Iran to gain access to more than $100 billion in assets frozen overseas, resume selling oil on international markets, and use the global financial system for trade. But President Trump put an end to that and drew a new line in the sand with fresh sanctions.

All this has led to a recent downturn in Iran's economy, pushing the value of its currency to record lows, quadrupling its annual inflation rate, driving away foreign investors, and triggering protests.

It also means countries in Asia and Europe are going to need to look elsewhere for oil and natural gas.

Liquefied natural gas is exactly what it sounds like. It's natural gas that has been cooled down to liquid form. LNG takes up about 1/600th the volume of natural gas in the gaseous state. This makes it easy and safe for non-pressurized storage or transport.

And the European Commission says LNG imports could increase from there to 282 Bcf by 2023!

The deals to sell the LNG have been signed, there's political support from all sides to get it sold, and the infrastructure that's needed for transport is rapidly being developed. There's never been a better time to be an LNG investor.

Fortunately, the mainstream market is too wrapped up in other more dramatic investing headlines to be concerned with boring old liquefied natural gas. Meatless hamburgers... CBD... meatless CBD burgers... these all dominate financial headlines instead.

You can learn much more about this incredible new discovery here.