Leverage up for Big Payoff

Written by Christian DeHaemer
Posted May 15, 2018

It's interesting that, despite all the noise, Iranian oil is still selling at a premium...

Judging by the many new oil bulls popping up in media these days, you'd think that everyone would be reading Energy and Capital.

Bank of America put out a note calling for a $100 barrel of oil. This was followed by CNBC and Oil Price Information Service's (OPIS) Tom Kloza calling for the same. Jim Cramer recently put out his five favorite stocks for rising oil prices.

Logic should dictate that OPEC would produce more oil to rake in the money while prices are high. But no, it’s doing the exact opposite.

For the fifth straight month, OPEC in March set a fresh record for complying with its agreed oil-production cuts, with the goal of re-balancing the market finally in sight. A parallel effort from 10 non-OPEC nations also improved even as the group’s biggest producer, Russia, boosted crude output slightly.

The Saudis want that sweet Saudi Aramco IPO cash and need $100 oil to get there...

But it's not only about supply. OPEC increased its forecast for global oil demand growth this year but qualified it, noting that sanctions, tariffs, and the U.S. withdrawal from the Iran nuclear deal point to rising uncertainty over the global economic growth momentum...

OPEC revised its oil demand growth estimate by 25,000 barrels per day (bpd) from the April 2018 report to 1.65 million bpd. The upward revision was mainly the result of firm Organisation for Economic Co-operation and Development (OECD) data for the first quarter of 2018. Better-than-expected data from Asia, including India, and Latin America also prompted OPEC to revise its oil-demand growth in non-OECD nations estimates higher.

China will suck up the most oil, followed by other Asian countries and OECD Americas.

In its monthly report, OPEC summed it up by saying:

In conclusion, global growth momentum seems to be well established in the short-term, and the most recent weakness, seen mainly in some OECD economies, may only be temporary. Major emerging economies’ growth dynamics have thus far counterbalanced this soft spot, and global growth may recover in the remainder of the year due to US fiscal stimulus and a rebound in OECD growth.

The U.S.' answer to high prices is to drill, baby, drill.

Baker Hughes reports that drillers added 10 oil rigs in the week of May 11th, bringing the total count to 844 — the highest level since March 2015.

More than half of the total oil rigs are in the Permian Basin in West Texas and eastern New Mexico, the nation's biggest shale oil field. Active units there increased by five this week to 463, the most since January 2015.

The U.S. government expects oil output in the Permian to rise to a record high of almost 3.2 million bpd in May, about 30% of total U.S. oil production.

With that said, if you want the most upside, you should look for the small explorers... 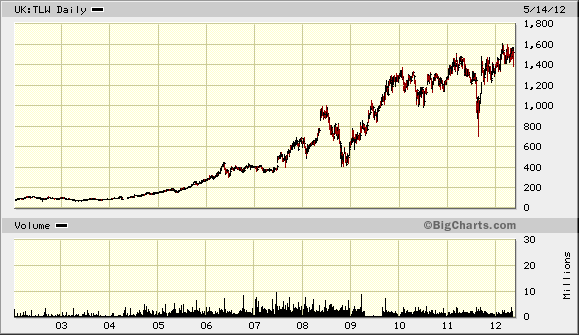 When Tullow discovered a huge field in East Africa, its stock price went from 100 pence to 1,600. You’ll see those types of returns again once this cycle gets going. And there are a few $0.25 stocks in Mexico that might pay off big.