Let's Add a New Beast to the Lore of Wall Street

Wall Street is known for its animal lore: “Bulls make money, bears make money, and pigs get slaughtered” is the hoary old saying.

I second this motion wholeheartedly. And to be honest, I had to look up the beast myself.

According to Pliny the Elder in his Naturalis Historia:

There are reports of a wild animal in Paionia called the bonasus, which has the mane of a horse, but in all other respects resembles a bull; its horns are curved back in such a manner as to be of no use for fighting, and it is said that because of this it saves itself by running away, meanwhile emitting a trail of dung that sometimes covers a distance of as much as three furlongs, contact with which scorches pursuers like a sort of fire.

The term "bonasus" could be used in cases like GameStop (NYSE: GME) or Dogecoin. One would say, “The bonasus pundits of GameStop pushed the stock up 545%.  Or “the richest man in the world, Elon Musk, goes full bonasus on Dogecoin.”

But mostly it would be reserved for the high priests at the Federal Reserve and the Treasury. We could say, “The Fed is piling it up like a bonasus on a rampage with the idea that endless money printing will result in no inflation.”

This last week, the hallowed Congress of the United States — with the full backing of the president — decided to produce a $1.9 trillion stimulus package using your children's future labors. After the graft, corruption, special plans, and giveaways to cronies, about 20% of the money will trickle down to the middle and lower classes in the form of $1,400 checks.

May I remind you that housing prices are at an all-time high, and the stock market, food, cars, and gasoline are all going up in price. Bitcoin is at $54,000 per unit. Brent crude just hit $71 a barrel and nonfungible tokens (NFTs) have eclipsed the realm of the silly.

Adding more money to this is like throwing gasoline on a fire.

I’ve been reading a lot of books regarding the Wiemar Republic. That was the time in Germany between World Wars when conservative values were abandoned because they had failed so spectacularly in the First World War.

At the start of the inflation period, when they just printed Deutsche Marks, many people thought they were rich. They sold the family jewels, pianos, and land at huge markups from what they thought they were worth.

Only later did they realize that they were trading valuable assets for worthless money.

What you may not know is that inflation drives stock markets much higher.

Here is Zimbabwe’s stock market during its hyperinflation period: 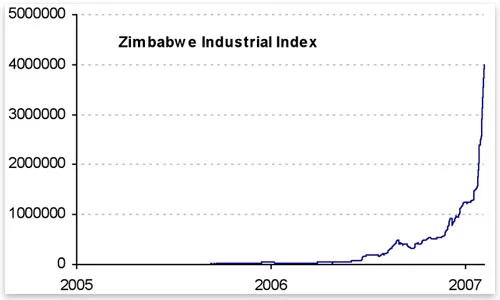 Here is what happened to the Venezuelan stock market during its hyperinflation: 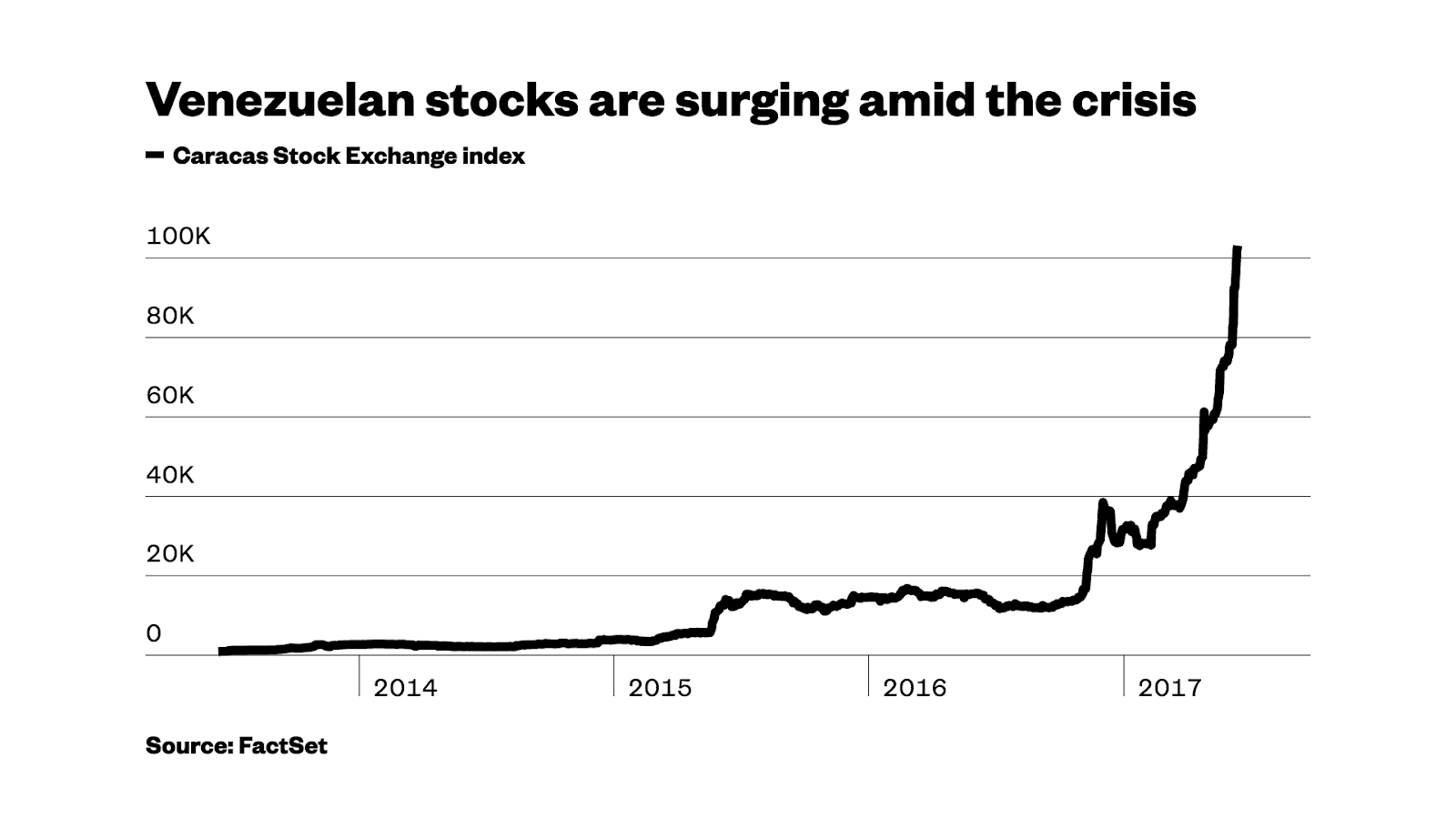 Of course, the value of the local currency dropped more than the gains in the stock market. You could have been fully invested in your own stock market and still lost money.

There are two ways to beat the bonasus beast of inflation. The first is to own hard assets, things you can drop on your feet. The second is to buy companies at reasonable prices that are growing much faster than the rate of inflation. You can find one here.

More about this next week,