Ways of life have been forever changed.

Native wildlife teeters on the brink.

Images from every media outlet show scenes of devastation...

No, this is not Japan. It's the Gulf of Mexico in June of last year.

Remember the horror? Remember being glued to the television?

Remember how quickly it faded from headlines and short-term memories?

It was terrible. It was the worst ever. It was to be the impetus that finally gave us the strength to kick the oil habit.

It was, as I heard several times, “the end of BP”.

And here we are, less than a year later, paying $3.50 for gas. No one's discussing the BP spill. 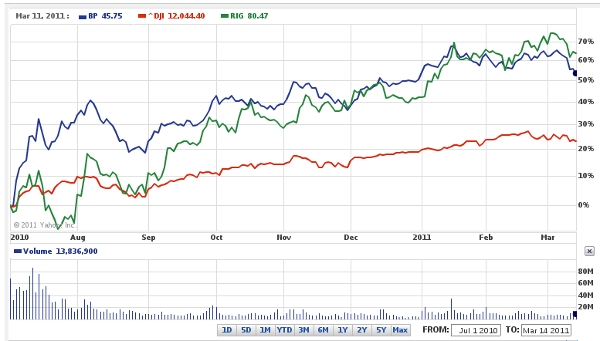 Nothing — except making investors a killing.

But This is Different...

The Dow gained 118 points from the day the storm formed in the Bahamas to one month after it made landfall in Louisiana. 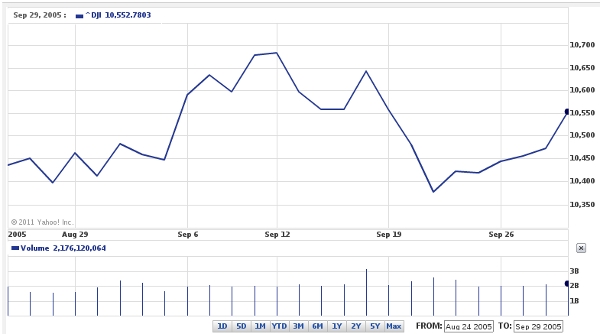 Yes, these events are horrific.

But the bird's-eye brutal truth is that, save for those in the immediate area, these events quickly fade into history — their impact on lives, not markets.

In fact, crises like these are the strongest drivers of opportunity, for better or worse.

Thousands of companies and people tried to make a buck off the BP spill, from novel ways to clean up oil to providing seafood from non-stained waters.

Being able to rent heavy equipment in Haiti made some people a year's salary in a week.

Drugstores in a 10,000 mile radius of Japan and all over the web have sold out of potassium iodide pills, which prevent radiation poisoning.

Every Man for Himself

I'll save my rant for why you need to take matters into your own hands and not rely on government or pensions or global economic stability for your livelihood and retirement...

Seven billion people all fighting for limited resources on an inescapable sphere is going to make the next few decades interesting, to say the least.

The appearance of millions of scams just hours after Japan's earthquake is obvious foreshadowing of the resource struggles (wars?) yet to come — for metals, oil, gas, money, corn, and much more — and an indication that the rules are quickly changing.

To get ahead, you've got to remain focused.

Don't get caught up in the daily nuanced minutia. Don't let your emotions win. Know there's always an upside somewhere.

Take a step back, don't get sucked into today's story. Think about what next week's stories will be...

The Nikkei tanked on Monday and early Tuesday. But you know what?

You could've made the same playing the dips of Shaw Group (NASDAQ: SHAW) and Cameco (NYSE: CCJ). The global nuclear industry doesn't just grind to a halt overnight. Not all nuclear companies do business in Japan.

Personally, I recommended readers buy the best battery stock I could think of. And know what sold out first in Japanese stores?