Is the U.S. Dollar’s Bear Market Over?

The U.S. dollar got a big boost last week. Everyone was cheering it.

Over the past 14 days, the U.S. Dollar Index, which tracks the greenback against a basket of six foreign currencies, has increased as much as 2.8%.

Is the U.S. dollar’s bear market finally over? 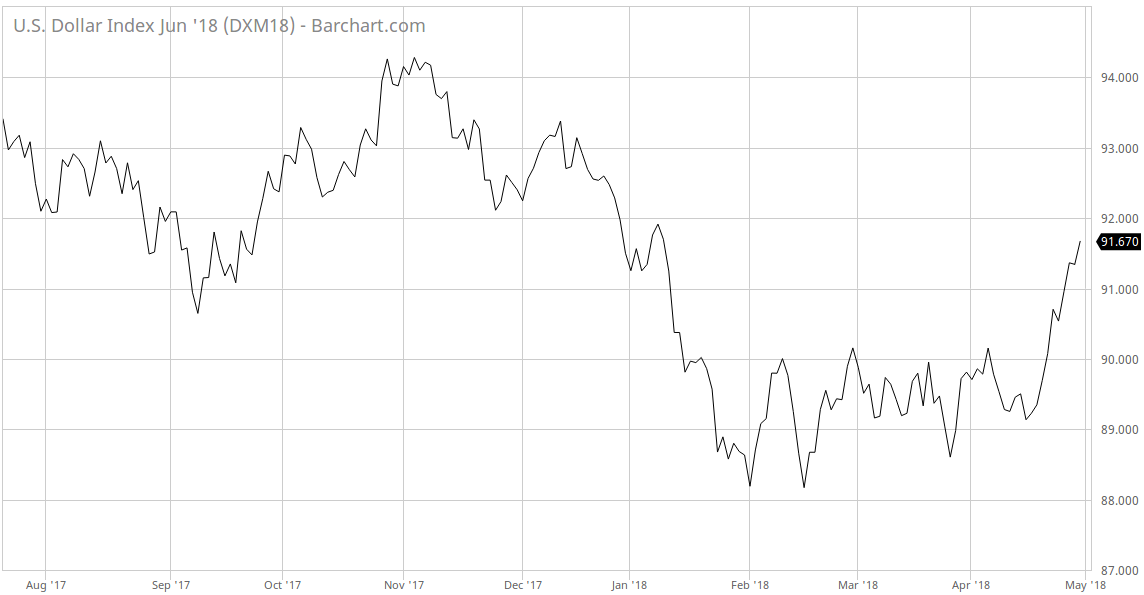 After sitting nearly dormant since the beginning of the year, the USD market has seen a lot of action over the past several days. Last week, the dollar climbed to a near YTD high as U.S. bond yields rose.

Ten-year U.S. Treasury yields increased to over 3% last week, driven by speculation of higher inflation and expectations that the Federal Reserve will be more aggressive with rates this year. This is the first time 10-year Treasuries have touched 3% since 2014.

The jump in Treasury yields pushed the U.S. Dollar Index to levels not seen since January. And the dollar is expected to remain strong this week ahead of the inflation data from the Fed and nonfarm payrolls.

The Fed is scheduled to deliver an update on its economic and interest rate policy Wednesday. There are no major changes expected — traders are looking for a more hawkish tone from the Fed.

The central bank pushed interest rates up at the last meeting in March and is widely expected to keep rates unchanged in May. Futures investors are, however, expecting another rate hike in June.

Meanwhile, the Labor Department is expected to report a recovery in nonfarm payrolls numbers on Friday. Traders are expecting 190,000 jobs to have been added in April. This would be a significant increase from March figures, when the economy added the fewest jobs in six months.

All this gives us a positive outlook for the U.S. dollar this week. But over the long term, the dollar still looks quite bearish.

Let's not forget that the U.S. dollar is a fiat currency. And there is no historical precedent for any fiat currency lasting more than 50 years without being seriously retooled.

Add in a crippling national debt and deficit, and you create a ticking time bomb for your currency.

Truth is, the U.S. dollar has been in a bear market since the early 1980s. If we look at the 40-year chart of the U.S. Dollar Index, we can see a clear pattern of lower tops: 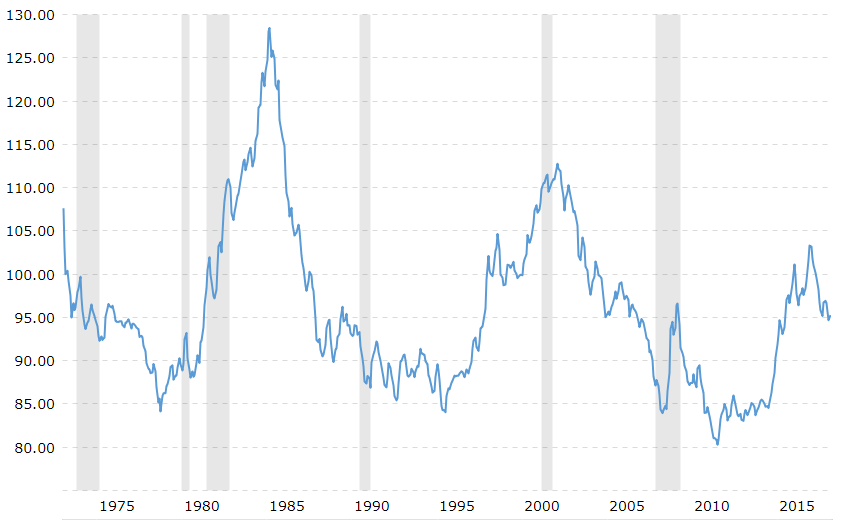 Turns out it takes time to destroy a currency. Similarly, you can't take down an entire building in one day. It can take years to build a skyscraper and just as long to get rid of it.

But through decades of spending, mismanaged monetary and trade policies, playing politics, and fraud, the U.S. government is well on its way to destroying your dollar.

Any rally in the U.S. dollar at this point should be considered a short-term blip in an inevitable decline. I think we can expect even lower lows in the U.S. Dollar Index over the coming months.

The best way to protect yourself is through the time-tested currency hedge: gold.

Protect Yourself: Own Gold

Even though the U.S. dollar and gold have been officially decoupled for almost five decades — and their relationship has been easing over the past few years — they still generally trade inversely.

With fresh speculation of a rally in the U.S. dollar, the price of gold has currently slipped to a five-week low. Gold prices now sit just over $1,310 an ounce. Here's a six-month chart: 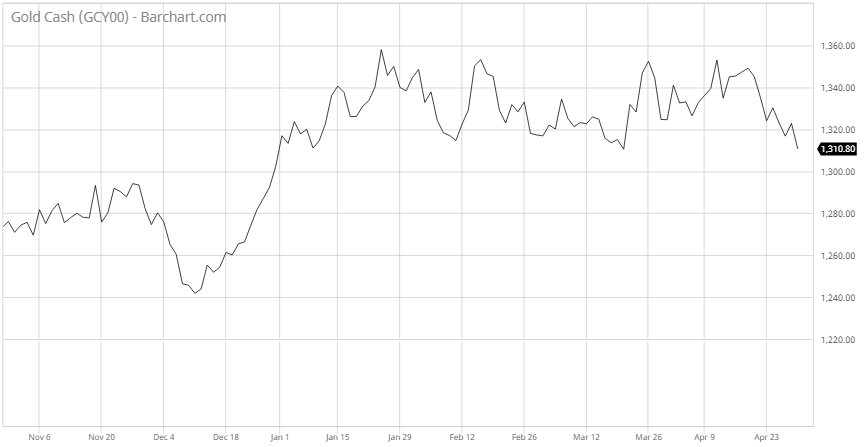 But with the U.S. dollar in long-term decline — and an eventual collapse inevitable — this could be your last chance to buy gold near $1,300.

Last year, the world went crazy for cryptocurrencies as the "new gold." Part of the mania was driven by a desire for government independence. But with new regulations coming almost every day, cryptos are now just another part of the system. The last truly government-independent asset is still gold.

And when investors are backed into a corner facing the coming collapse of the dollar, they won't just become interested in gold; they'll be forced into it.

Gold has a 5,000-year history as a monetary asset. It's the one form of currency that's easily exchangeable worldwide. And the time to own it is right now, while everyone is watching the dollar with excitement. Buy up.