Investing is Simple, Not Easy

There's a big difference between something simple and something easy.

Last week, I mentioned that I was going to be sharing with you an investment approach that will show you how to take advantage of your average, irrational investor.

The simple part is the approach, which is basically buying stocks when they are selling below the underlying worth of the company.

It makes sense, doesn't it? You want to buy a dollar's worth of assets for 70 cents.

During the 2008 financial crisis, the stock market went into a tailspin. You could've run your finger down the P/E column of the newspaper and found dozens of financially sound companies trading for pennies on the dollar.

It really wasn't that hard identifying financially sound companies trading at a discount. However, it wasn't very easy for most investors to actually buy those stocks in the face of a stock market that was plunging.

But what separates the great investors from the pack is their ability to stay rational.

They have a keen ability to think clearly and stay unemotional. When asked to describe what accounts for his success, Charlie Munger, vice chairman of Berkshire Hathaway, said, “I'm rational. That's the answer. I'm rational.”

Today, I want to take a moment to show you investors who might not be household names, but who stand out among their peers...

I should note that the advice of these great investors isn't difficult to understand, nor does it require an MBA from an Ivy League school. Instead, the advice is simple, clear, and to the point — it's simple to understand, but not easy to take. 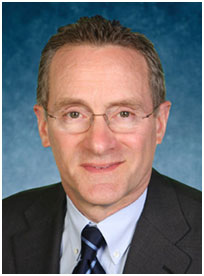 Howard Marks is the chairman of Oaktree Capital Group, which has $97 billion in assets under management. His investment memos are must-reads for investment professionals. They were recently compiled into a book, The Most Important Thing: Uncommon Sense for the Thoughtful Investor.

“The biggest investing errors come not from factors that are informational or analytical, but from those that are psychological.”

It never ceases to amaze me how so much of investing is psychological, yet so few investors focus on that aspect. Instead, they spend their time hunched over spreadsheets or trying to find the next needles in the haystack.

The last several years have shown investors, once again, that the best buying opportunities happen when investors sell what they have to and not what they want to. These forced sellers find themselves selling into an emotionally charged panic. It's at that moment that rational investors are able to pick up the best bargains. 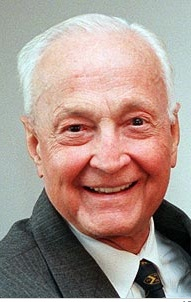 John Templeton was one of the pioneers in the mutual fund industry. He is noted for, during the Great Depression, buying 100 shares of each NYSE-listed company that was then selling for less than one dollar a share (104 companies in 1939), later making many times the money back when industry in the U.S. picked up as a result of World War II.

In 1999, Money magazine called him “arguably the greatest global stock picker of the century.”

“Focus on the value, because most investors focus on outlooks and trends. You must be a fundamentalist to be really successful in the market.”

Instead of trying to project what the GDP would be next quarter, the unemployment rate for the previous month, or interest rate trends, Templeton focused on the fundamentals of the company. If he could buy one dollar's worth of assets for 80 cents, he didn't need to know much more than that to make an investment.

In both of my services, Hidden Values Alert and the Inevitable Wealth Portfolio, our recommendations are based on the fundamentals of the company. Forecasting is a very difficult, if not impossible, endeavor. Economist Edgar Fiedler said, “He who lives by the crystal ball soon learns to eat ground glass.” 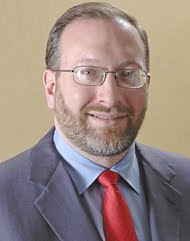 Seth Klarman is the founder of Baupost Group, a private investment partnership. Klarman's book, Margin of Safety, currently out of print, goes for more than $1,500 on Amazon. He's sometimes called “the Warren Buffett of his generation.”

Klarman said, “Once you adopt a value-investment strategy, any other investment behavior starts to seem like gambling.”

Buying stocks based on the season of the year, chart patterns, or momentum is an approach that has made few investors rich. The list of billionaires on the Forbes 400 is filled with investors who have made their money from buying stocks when they were selling for less than the underlying worth of the business.

Once you start taking this approach, buying or selling stocks based on anything other than valuations is hard to swallow.

So instead of trying to predict what the future holds, my readers and I continued to stick to what we know best: finding financially sound companies trading at bargain prices.

It's a strategy that continues to pay off for us.

There are many companies that have ironclad balance sheets, trading for pennies on the dollar, and I want YOU to see them for yourself. That's why today, I'm going to give you free access to my new investment report that will show you 12 stocks that pass all my filters — that Wall Street is practically giving away!

By seeing them for yourself, you don't have to depend on tips, the media, or your brother-in-law to give you "market moving" news.

And that, dear friend, is the beauty of taking this investment approach — you don't need to rely on the so-called experts and their self-serving predictions.

In fact, I'm going to share with you next week some of the world's greatest financial experts... and show you how dramatically wrong they can be.