Investing in the Ultimate Hydrogen Play

Have you seen this yet?

They started calling me the “Green Guru” back in 2006.

I hate that name, by the way. But I was given this moniker after helping thousands of investors make an absolute boatload in renewable energy, or what many refer to as “green energy.”

The reason I hate the term “Green Guru” is because it implies some kind of overzealous “tree-hugger” mentality. And while I make no apologies for not wanting to treat the planet like a toilet, folks need to understand that in order for me to invest in a clean energy company, it must be profitable.

I never invested in solar and wind companies solely because they were providing a cleaner, more environmentally sustainable form of energy. I invested in them because I knew they could make me a ton of money.

Understand, I don’t say this to be brash. It’s merely an observation of truth.

Here’s a company that brought a viable electric car to market. A car, by the way, that offers an effective alternative to the highly pollutive internal combustion engine. But that’s not the only reason I invested in it.

The truth is, I spent months doing due diligence on Tesla and its management team. I pored over the numbers and interviewed insiders. And after all that, I knew this was a worthwhile investment. I was right.

In case you need a reminder, here’s how Tesla performed following its IPO: 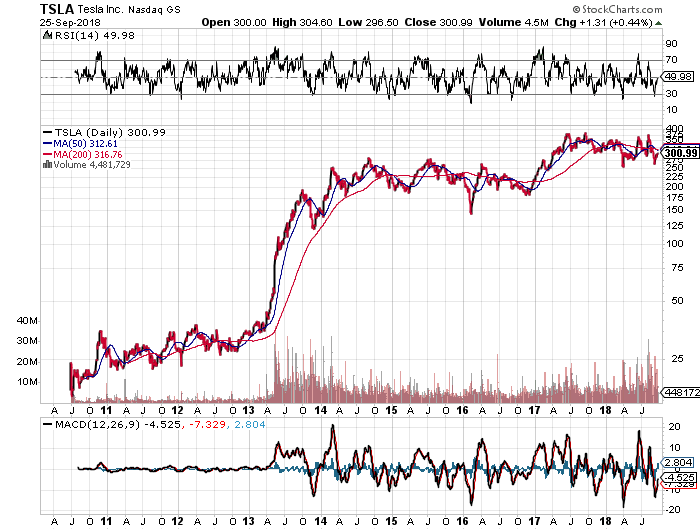 Now, to be fair, stocks like Tesla are few and far between.

I probably sift through hundreds of clean energy companies before finding one I know is going to make me money. It’s a long and arduous process, but it’s one that always delivers. And that’s why I’m writing you today.

For years, I’ve been hearing about the promise of hydrogen.

One that could transform the entire global energy economy, making things like coal, natural gas, and nuclear about as relevant as Betamax machines and rotary phones.

And while I’d love nothing more than to see such a thing happen, it’s never been anything more than wishful thinking. But a lot has changed over the past 10 years or so.

Back in 2008, there were a lot of folks singing the praises of hydrogen. But every single time I looked into a new hydrogen play, the numbers never added it up. And believe me, I wanted them to. It was often a huge disappointment for me to have this realization time and time again.

So needless to say, when I did finally discover a profitable way to play hydrogen, I jumped at the chance.

I’m not going to lie.

My colleague Keith Kohl and I don’t see eye to eye on much.

He’s a big oil and gas guy. He made his fortune in the fracking boom many years ago.

I’m a clean energy guy. I made my fortune in clean energy — mostly solar, wind, geothermal, and electric cars.

But one thing we do have in common is this...

Make no mistake: This doesn’t happen often. But when it does, you can bet your ass that there’s a real opportunity here to clean up.

Now, the hydrogen play Keith uncovered is still somewhat under the radar. A few Wall Street types know about it, but they have no clue just how big of a deal it actually is. This is because those guys never leave their fancy office suites to get out into the field. But Keith and I do. And that’s why we’re beating these guys to the punch. You can join us, too.

Tomorrow, Keith will be sending you the same research note he sent me. It’s in the details of this document that I realized Keith had discovered what could easily be one of the most profitable energy plays I’ve ever seen.

I strongly urge you to see it for yourself, because honestly, I just can’t do it justice in just a few pages.

So keep an eye on your inbox tomorrow, and you'll see why I want to share Keith’s findings with you.