Last week, I spent most of my time in front of the television.

I was battling a serious case of vertigo, and it made it nearly impossible to work on my computer, read a book, or do any kind of physical activity.

So, I parked it in front of the idiot box and binge watched Vikings. 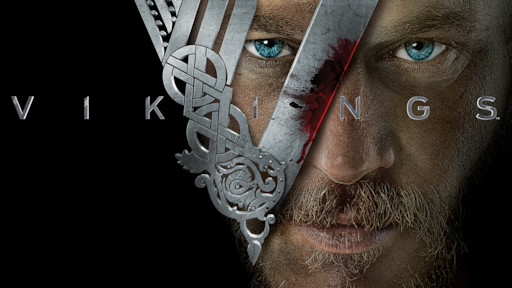 Without a doubt, one of the best series on television.

I got so caught up in it that when the room stopped spinning and my vision became unblurred, I went down a deep rabbit hole into Viking history.

It’s fascinating stuff, to be sure.

One thing that I found particularly interesting is a theory that suggests certain Vikings who were particularly skilled and brutal would consume hallucinogenic mushrooms before the battle.

According to ethnobiologist Karsten Fatur, these Vikings, known as Berserkers, would fight while in specific trance-like states, which was likely helpful in dissociating them from the close-up atrocities they would have seen and committed in battle.

This state has been variously claimed to involve anger, increased strength, a dulled sense of pain, decreases in their levels of humanity and reason, behavior akin to that of wild animals (including howling and biting on their shields), shivering, chattering of their teeth, chill in the body, and invulnerability to iron (swords) as well as fire. Additionally, they were said to attack enemies indiscriminately with no sense of friend or foe and to throw off their armor in battle.

While my experiences with hallucinogenic mushrooms have always been quite peaceful and somewhat pastoral, I can imagine that when mixed with rage, alcohol, and a dash of psychosis, these mushrooms could turn average Nordic farmers into crazed killing machines.

And, in fact, they are proving to be quite profitable. Because while these mushrooms are no longer being used by murderous Nordic raiders, they are being used to treat a variety of mental illnesses in the modern world.

$60 Billion up for Grabs

Last week, Numinus Wellness (CVE: NUMI), a company that provides testing for psychedelic therapies that address mental illness and addiction, announced that Health Canada approved the amendment of the company’s license to allow Numinus to conduct research to standardize the extraction of psilocybin from mushrooms.

This is a very big deal.

With this decision, there is now a publicly traded company that has a license to conduct the kind of research that would’ve been unheard of just five years ago.

But given the promise of psilocybin to treat so many mental illnesses –– including opioid addiction –– government bodies are now seeking to exit the old days of senseless prohibition and enter a new age of government-sanctioned drug approvals.

And it’s not just Canada that’s getting on board.

Here in the U.S., the FDA has actually fast tracked three different psychedelic medicines in an effort to get them through clinical trials much faster than it normally takes, and more are expected.

You see, the FDA fast tracks certain medicines in development through a process called breakthrough therapy designation. This designation is offered when the particular medication can treat serious diseases that either don’t have existing treatments or offer significant advantages over existing treatments.

When it comes to mental health, we are absolutely in crisis mode, particularly, after being quarantined for so long.

Anxiety, depression, and addiction are at all-time highs, and we all know just how bad the opioid addiction crisis has become.

So it’s not surprising that the FDA is looking to expedite some of these treatments for anxiety, depression, and addiction.

And make no mistake, smart investors are paying attention.

The addiction treatment industry in the U.S. is valued at about $42 billion. And the value of the depression and anxiety treatment market is expected to reach more than $18 billion in just four years.

That’s a lot of sickness, and a lot of scratch being ponied up for treatments that just aren’t making the cut.

The need for new, more effective treatments for depression, anxiety, and addiction is very real. This is why the Canadian government just signed off to allow Numinus to conduct research to standardize the extraction of psilocybin.

This is also why the FDA is fast tracking certain psychedelic medicines, and it’s why we’re starting to see some of the wealthiest and most successful investors in the world getting an early piece of this action.

How do I know?

Because I’m in the room with these guys.

I’m in the room with the types of investors who can write $5 million checks and not think twice about it.

Hell, even famed investor and entrepreneur Peter Thiel has shelled out $24 million to back another psychedelics firm called ATAI Life Sciences.

And there are plenty more, too.

I’ve actually outlined three of those companies in this report, which also highlights who the biggest players are, the names of the wealthy insiders that have already invested millions in the space, and how you can get an early piece of this action, too.

The bottom line is that this nation’s mental health crisis is only going to get worse. It is a crisis of epic proportions. And as horrible as it may sound to say, crisis does equal opportunity.

Certainly, I’m already profiting from the psychedelics space, and I would encourage you to do the same. Click here to learn how.