One of the first wells ever drilled in the Bakken in North Dakota was the Henry O. Bakken #1, drilled by Amerada Petroleum (now Hess) in 1953.

The well was named after the farmer who owned the surface land, Henry Bakken, and you can still read the original geological and initial production flow rate for these wells to this day.

It was concluded early in the drill program that underneath Williams County, North Dakota, home to Henry Bakken's farm, was a massive shale oil formation that contained a lot of super light, sweet crude.

However, because the oil was trapped in tight shale, it proved too time-consuming and costly to extract.

Drilling in the Bakken was abandoned for the next five decades.

Fast-forward to today: That's all changed.

And with the advent of horizontal drilling and hydraulic fracturing, Western North Dakota is the hottest oil region on the planet — the United States, the hottest oil nation in the world.

Let me be clear: It's not only technology that has caught up to allow this tight oil to be unleashed. The high price of oil is the main factor for the Bakken bonanza. If oil were trading for $22 a barrel, there would be no Bakken. Period.

It's so hot that the North Dakota county of Mountrail has become one of the richest counties in the United States. The average income in Mountrail has doubled in the past five years.

According to Bruce Gjovig, founder of the Center of Innovation at the University of North Dakota, "The oil rush could be creating up to 2,000 millionaires a year in the state."

Right now, North Dakota is the second-biggest oil producing state in the country.

Just two months ago, North Dakota broke another oil production record when it topped 700,000 barrels per day for the month of August: 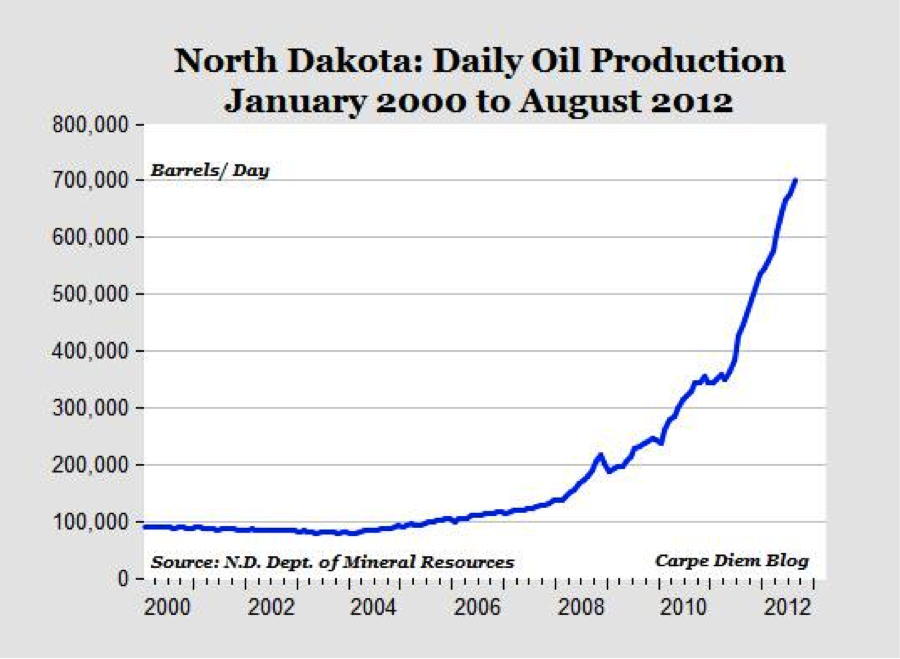 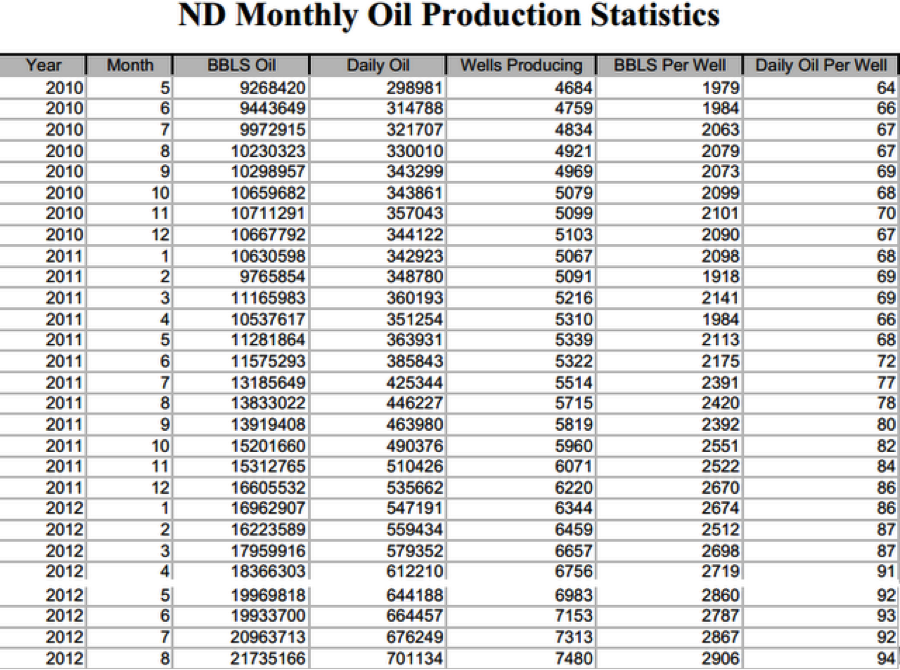 As you can see by the above table, oil wells are being drilled so quickly — an average of seven new wells are coming online each business day in North Dakota — that the state's production is fast approaching OPEC member Qatar. Qatar produced 770,000 barrels per day in August.

So, what does all of this mean?

We've heard some energy analysts and observers predict America could become energy independent in the coming years. I, for one, agree with them.

Make no mistake; the energy that will allow us to be independent will cost us more. This is the new normal.

But it's a good thing.

According to the report:

U.S. oil output is surging so fast that the United States could soon overtake Saudi Arabia as the world's biggest producer.

Driven by high prices and new drilling methods, U.S. production of crude and other liquid hydrocarbons is on track to rise 7 percent this year to an average of 10.9 million barrels per day. This will be the fourth straight year of crude increases and the biggest single-year gain since 1951.

The boom has surprised even the experts.

"Five years ago, if I or anyone had predicted today's production growth, people would have thought we were crazy," says Jim Burkhard, head of oil markets research at IHS CERA, an energy consulting firm.

The last year the U.S. was the world's largest producer was 2002, after the Saudis drastically cut production because of low oil prices in the aftermath of 9/11. Since then, the Saudis and the Russians have been the world leaders.

The United States will still need to import lots of oil in the years ahead. Americans use 18.7 million barrels per day. But thanks to the growth in domestic production and the improving fuel efficiency of the nation's cars and trucks, imports could fall by half by the end of the decade.

It may have surprised the so-called experts, but it didn't surprise us...

If you've been reading Energy and Capital for the last six years, you know we've been all over the Bakken and Marcellus revolution.

Last week I talked about a new drilling technique that promises to the blow the doors off the oil industry — and in the process, it will make America the King of Energy once again.

It's called pad well drilling, or cluster drilling, and it will open the floodgates to energy and wealth in the United States.

As always, we'll be right there every step of the way showing you how to profit.