While Elon Musk and Tesla fight to dominate the lithium battery-powered vehicle market, Hyundai is still placing bets on hydrogen.

The South Korean carmaker unveiled its latest generation of hydrogen fuel cell EVs (FCEVs), called the Nexo, at CES in Las Vegas this week. The Nexo is Hyundai's latest evolution of its ix35 FCEV, which first began very limited production in 2013.

The Nexo is one of the most technologically advanced vehicles soon to be on the road. But much like the ix35, the Nexo’s design is... un-futuristic. Instead, the Nexo looks very much like any other suburban soccer mom SUV on the market today. Like the ix35, the vehicle is essentially just a fuel cell-powered Tucson. 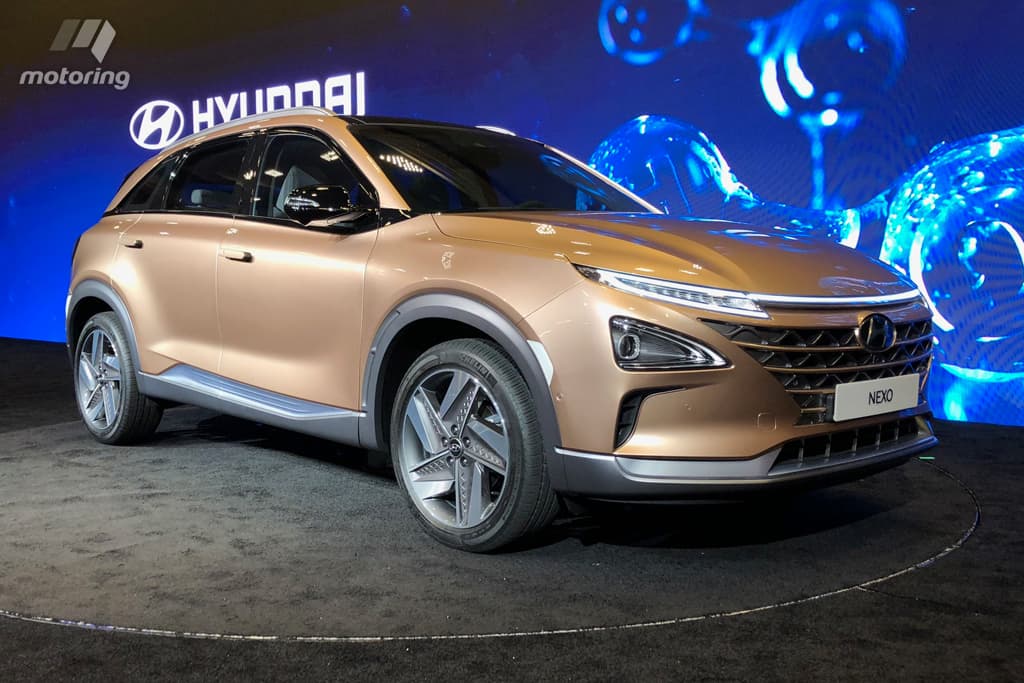 But while the company’s new compact SUV might fail to dazzle in the design department, the Nexo offers an impressive range of 370 miles. And it can be refueled in less than five minutes — faster than any EV on the market today.

Overall, the Nexo is 20% lighter and 9% more efficient that Hyundai’s previous ix35 generation of FCEVs.

But there was one detail Hyundai didn’t unveil that will be critical to the vehicle’s success: the price.

Hydrogen FCEVs are expensive. Hyundai first released the ix35 FCEV to the South Korean market with a whopping price tag of $144,000. You could have bought a brand new Porsche 911 Carrera GTS for $20K less.

In 2015, government subsidies began to bring the price of the ix35 FCEV down. But the sticker price for the ix35 FCEV in South Korea is still nearly $60,000. I expect the Nexo to have a similar MSRP.

All things considered, the success of Hyundai's Nexo may be on shaky ground. Buying a new Nexo is essentially paying more than double for a Hyundai Tucson that you have to go out of your way to refuel. And even though the Nexo sports an impressive 370-mile range, the public was expecting Hyundai's new FCEV to go farther. By most accounts, everyone was expecting Hyundai's new ride to have a range of 500 miles.

I expect the Nexo to be initially expensive, a pain to refuel, and overall disappointing, leading to sluggish sales. And I don't expect the Nexo to swing the market any toward hydrogen fuel cell vehicles. It simply comes down to costs...

Most consumers are not going to spend unnecessary money on ideologies when purchasing a car. They want convenience. If consumers weren't concerned about convenience, they wouldn't be buying a personal vehicle at all.

If FCEVs were more affordable and easier to maintain than lithium battery electric vehicles (BEVs), the eco-car market would be dominated by hydrogen. But FCEVs are simply not there yet.

I do expect fuel cell technology to continue advancing and perhaps one day become more affordable and better than lithium-ion battery vehicles. But for right now, lithium is the winner. And right now it's the only thing that matters to us as investors.

The best sector for investors looking to take advantage of the clean car revolution is still lithium.

Ten years ago, lithium BEVs were in almost the exact same position as hydrogen FCEVs with big future promises. But now all the promises of the past are becoming a reality.

Hydrogen FCEVs might be the future... but maybe not for another 20 or 30 years. Today the EV market is being driven by lithium. And even though the lithium story has been told a million times, the real investment gains are just now starting to roll in, meaning today's investors are still in an incredible position to profit.

Energy Investor editor Keith Kohl tells me, “It's crazy not to invest today. The biggest moves are right around the corner.” Keith recently put together an entire presentation on this explosive market, which you can check out here.

In it, he explains in much fuller detail the opportunities in lithium and lays out his three “Lithium Mega-Plays.”

I highly urge you to view this presentation as soon as possible and act today. Again, this is an opportunity you're not going to want to miss out on. We're sitting at the dawn of a major paradigm shift. The revolution is happening now. And it won't wait for you.