How to Make a Fortune From Olive Presses 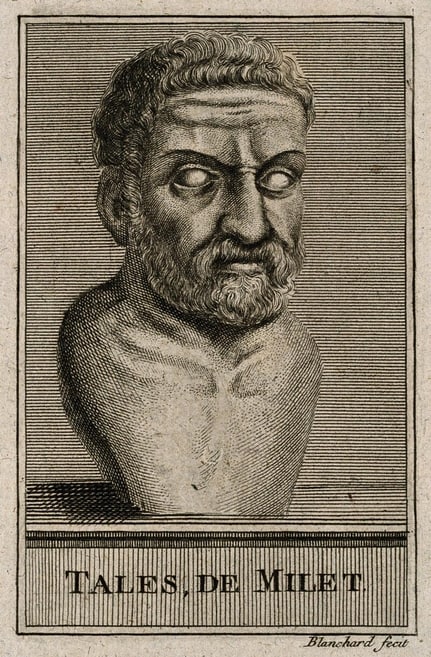 Thales of Miletus lived from 624 to 545 B.C. He was a mathematician, astronomer, and philosopher. Aristotle regarded him as the first philosopher in the Greek tradition, and he has been called the Father of Science.

There is a legend about Thales and the olive press. One story has it that Thales was challenged by a guy who asked why he wasn't rich if he was so smart. Thales decided to get rich, prove the guy wrong, and free up time to look after his personal interests.

In another version of the story, Aristotle tells us Thales decided he would get rich by putting his intellectual powers to use, and in this way he could prove that philosophy could be a useful, pragmatic tool.

Regardless, our ancient hero was the first to use what could be described as options trading to make his fortune. Thales used deductive reasoning from his studies of astronomy and the weather to predict that it would be a good harvest that season for olives.

This flew in the face of the dominant thinking, which was that it would be a poor harvest.

In the 17th century, the Japanese codified this idea of an options market. Samurai were paid in rice, not yen, for their services. They wanted to control the rice markets and so created a formal market for buyers and sellers to barter over the price of rice. Samurai could also get money for rice that they would receive in the future.

This idea of an options market advanced past the bucket shops and boiler rooms onto regulated exchanges in the 1970s. Now the market is global, computerized, and massive in scale. But at the end of the day, you are just predicting a future event like a good harvest.

An option is simply a financial instrument that is based on the underlying value of an asset, be it olive presses, rice, or a stock. The options contract gives the buyer the opportunity to buy the underlying asset at a certain price on or before a certain date.

These options have a specific date to them, which used to be the last Friday of the month, but has expanded to weekly.

If MSFT is $430 in late September, it will expire worthless. If MSFT jumped to $500 tomorrow, it would be worth a lot.

There is a bit more to it than that, but you get the gist of it. The reason I’m telling you this is because now is a great time to get into options trading. You make the most money in options when the market is bouncing around a lot and you bet against the dominant thinking, just like Thales did so many years ago.

My good friend and associate Sean McCloskey has been trading options for our VIP members and has amassed an impressive track record. So far with this new service, he has an average gain per trade of 110.82%.

We here at Energy and Capital decided Sean was too good to just keep him as an inside guru for our best VIP readers. That’s why we're launching an options trading service called Naked Trades (don’t ask).

It's going live next week, but you can sign up now to get to the front of the line for more information when it does.