The government's quarantining and social distancing rules have failed miserably. A successful quarantine, with 100% of the population participating, should have eliminated the coronavirus within a few weeks. Yet it's been three months, and most U.S. states are still under quarantine orders. Why?

Well, the answer is clear: Everyone didn't participate in the quarantine. Some very purposefully flouted guidelines. What that means is you're still under quarantine because other people didn't do it. 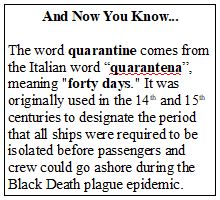 So do we blame those who actively thumb their nose at the rules which created an environment for an extended quarantine? Yes, we absolutely blame those people. I'd even argue that we should hold them financially responsible for extended shutdowns of economies.

But those people aren't the only ones to blame. I'd say local governments' unwillingness to actually enforce the quarantine rules are also on the hook.

In my hometown of Baltimore, the city police report there were 128 calls last week about illegal gatherings. Want to guess at how many citations were written on those calls?

Not a single citation was written.

If you don't enforce rules, people are going to break them. Take a drive on any highway in the U.S. and you'll see people breaking road rules because no one is around to enforce them. Or take another example from my Charm City hometown...

Cannabis possession for recreational use is still illegal in Maryland. But after the State's Attorney for Baltimore said she was not going to enforce any rules on cannabis possession, the streets of Baltimore almost immediately began to smell like a Grateful Dead concert. In normal conditions, there isn't a downtown block that doesn't smell like weed these days.

Citizens have a duty to abide by the law, but governments also have a duty to enforce those laws. With the quarantine in the U.S., both groups failed.

Even when quarantine and social distancing rules are enforced, they aren't enforced equally.

I'm sure you've seen news stories about people getting kicked out of stores like Costco for not wearing masks. Do you think those stores enforce that rule equally?

Last week, I walked to a Royal Farms store around the corner from my house for basic refrigerator supplies: milk, eggs, coffee creamer, etc. (If you don't know what Royal Farms is, it's an East Coast-based convenience store with the best fried chicken on the planet.) As I walked in, one of the employees said to me, “Sir, you can't be in here without a mask on.”

It's true, I wasn't wearing a mask. But, fact is, I have consistently worn a mask any other time I've gone out. I just happened to forget it on my way out of the door that day like you might walk out without your wallet or phone.

Nevertheless, I didn't argue with her. Royal Farms is owned by a private company and can implement any policy it wants as far as I'm concerned. So I just quietly walked out.

The next day, however, I went back to the same Royal Farms store. This time, I remembered my mask. But there was another guy and his two little kids paying at the register without masks on. So I had to wonder: Why would the store throw me out for not wearing a mask, but allow this man and his kids to shop?

I'm absolutely certain this same exact scenario has played out thousands of times. Companies have allowed some things to slide for some people.

What this all adds up to is a much bigger problem when this whole thing happens again. Coronavirus is not the first viral pandemic, nor will it be the last. And when the next virus become a pandemic, people are going to remember:

With these issues, it's likely fewer people will be willing to quarantine themselves the next time we need it. So not only did quarantining fail during the coronavirus, the lack of enforcement and unequal application of rules created an environment for a much bigger pandemic next time.