Beautiful Women and a 451% Gain

It may not be politically correct to say this, but I’m going to say it anyway...

If you’re beautiful, you can get away with anything.

Nowhere is this more apparent than with Mina Chang, the senior Trump official who not only lied about her qualifications to get the job of Deputy Assistant Secretary for the Bureau of Conflict and Stabilization Operations but even faked a Time magazine cover with her face on it.

As a side note, what the hell kind of fake job is the “Deputy Assistant Secretary for the Bureau of Conflict and Stabilization Operations,” anyway?

The more important question here is, how is it that no one followed up on any of this?

Take a look at Mina Chang. 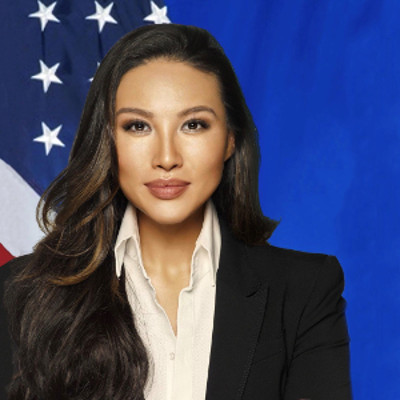 She’s freaking gorgeous, and I guarantee you that her looks allowed her to pull this off. Let’s face it: If she looked like Danny DeVito, she never would’ve made it through the front door.

But that’s how it goes.

Beauty has an interesting way of distracting us from truth.

Certainly this can be the case with wealth creation.

Sometimes you might see a stock that looks absolutely beautiful.

Every mainstream analyst is tripping over himself to cover it.

And even those who know very little about investing start asking about it.

It’s shiny and pretty and full of promise.

And nine times out of 10, underneath all the beauty is nothing of value.

History is full of stories about “beautiful” stocks that ended up being dogs.

There was Centennial Technologies, which claimed to have been making millions of dollars in revenue from PC memory card sales. The stock enjoyed a 451% run before it was discovered that the company was actually shipping fruit baskets.

Then there was Bre-X Minerals, which claimed to own the richest gold mine in the world. At one time it had a market cap of $4.4 billion. Even the Quebec public sector pension fund and the Ontario Teachers’ Pension Plan owned millions of dollars’ worth of this thing. Then it all went bust when it was discovered that the whole operation was a scam.

And of course, who can forget Enron, which had the entire world fooled. Books were cooked and regular, everyday investors got screwed.

Investors salivated over these stocks as if they were, well, beautiful women.

After all, the mainstream financial media did nothing but parade them around like beauty pageant contestants.

Folks, when that starts happening, you need to stay far, far away.

Ditch the Honey and Get the Money

Here at Energy and Capital, you’ve probably noticed that we typically write about new wealth building opportunities that are not yet being discussed in the mainstream media.

Certainly this was the case five years ago, when I first start writing about pot stocks.

This is also the case today with my colleague Keith Kohl, who’s making a bunch of cash off a small Texas driller that just announced a new $185 billion oil discovery in a location that most people didn’t even know existed.

Look, I realize some of these wealth-building opportunities may not seem particularly “beautiful” or even particularly exciting. But what is both beautiful and exciting is the money we keep making on these things.

So when it comes to making smart investment decisions, just remember one thing: Follow the money, not the “honey.”