Update: The situation has changed since publication of this article, see updated pieces here and here.

British Petroleum (NYSE:BP) shares are off nearly 20% since their Deepwater Horizon drilling rig exploded April 21st. That's around $30b in market cap wiped out in 2 weeks.

From a cold-blooded investing perspective, this looks like a buying opportunity to me. I've seen clean-up cost estimates from $170m to $3.5b. It could go even higher as the class-actions roll in.

But there's still a major disconnect there — $30b in market cap gone over a disaster that will cost BP maybe a tenth that much. To be safe, let's assume the final bill is $6b. BP makes that much in 3 months.

I'm not downplaying the personal and environmental impact of the spill. It's a horrific tragedy. 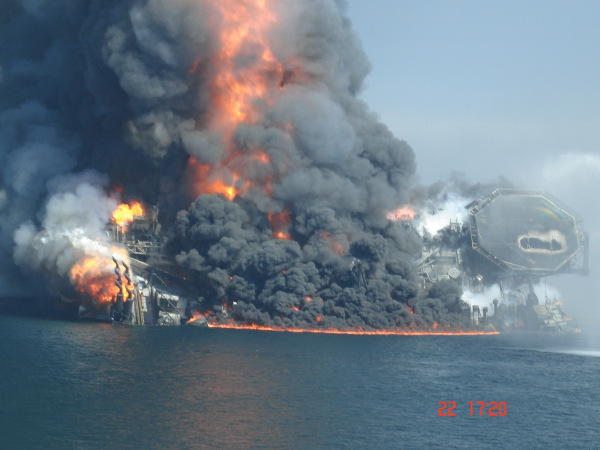 And the aftermath (this was 3 days ago, the slick is closer to shore now): 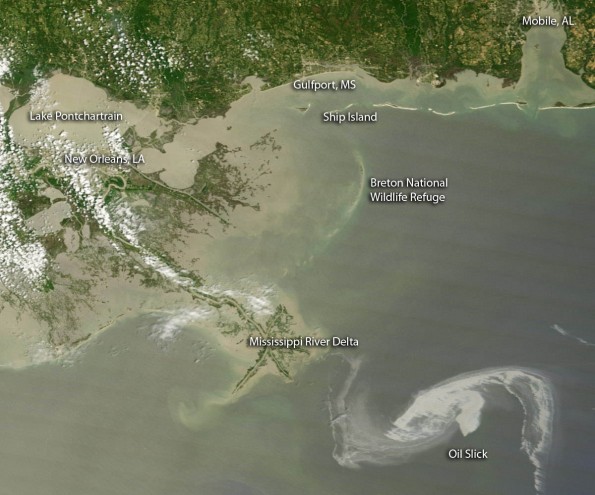 The  situation is ugly all around, and BP is taking a beating in the media. Jon Stewart even found them worthy of scorn on a recent Daily Show.

BP is being painted as a monster ruining the lives of hard-working fisherman. There's some truth to that. But the fishermen will end up getting billions in restitution (along with thousands of other adversely affected businesses). They deserve it — and I hope BP doesn't drag out the court cases for a decade (ah-hem, Exxon Valdeez).

Despite all the negatives, I think this selloff is overdone. From an investing perspective, I see BP as a global energy powerhouse on sale - 18% off. The drop in stock price has also bumped BP's dividend up to 6.6%.

So I bought some BP today. The stock appears to be finding a bottom and could see a nice bounce. But I didn't buy it for a quick trade. It's more of a long-term investment at a discounted price.

The bottom line is that BP sn't going anywhere. We're talking about one of the biggest and most well-connected companies in the world here.

They booked $24b in operating income in 2009 on $246b of revenue. Their business spans 130 countries. And they've been gobbling up smaller firms and new fields to keep production strong going forward.

Just days after the Deepwater Horizon disaster, Gov. Schwarzenegger backed off support for more oil exploration off California's coast. Officials say the new plan would have generated over $100 million a year for the state. That's money CA desperately needs.

The Governator explained his rationale at a press conference yesterday:

That should tell you how strong the backlash against offshore drilling is. Given, this is California we're talking about. But it sure is bad timing for Obama's "drill baby drill" push. It'll be one more factor contributing to higher oil prices in the future.

BP's business won't be directly affected by any slowdown in N. American offshore drilling, though. Worldwide, offshore only makes up about 10% of their revenue. If anything, they could benefit from higher prices (though any price change probably wouldn't be material).

Hopefully the spill will lead to better safety practices and preparedness. That'll cost a BP a lot of cash too, but it has to happen. At this point, all these costs are more than priced-in.

Unless this spill gets much worse than anyone currently is predicting, BP looks like a great deal at these levels. And if they surprise everybody, and manage to pull off a better-than-expected resolution, BP shares would get a nice pop.