Back in February, Representative Alexandria Ocasio-Cortez and Senator Ed Markey released a non-binding resolution for what was dubbed the Green New Deal, which unofficially committed the U.S. to radically updating its energy grid, with such lofty goals as:

Meeting 100 percent of the power demand in the United States through clean, renewable, and zero-emission energy sources.

It caused controversy for weeks. The left loved the idea. The right hated it.

Today, the original resolution has been largely defeated by Senate Republicans through what some might interpret as ethically questionable politics. Either way, we rarely hear about it anymore.

But the Green New Deal has had a very clear, lasting impact on state and local policies — even corporate policies have been changed.

Since the GND was introduced, we have seen an explosion in the number of cities and localities announcing their own renewable energy goals.

And in this way, the GND was an absolute success for climate change advocates.

Although the GND was not a strategic victory with the actual passing of the resolution, it was a tactical victory in that the conversation set off a chain reaction leading to a proliferation of new climate change goals.

According to the Sierra Club, 119 U.S. cities have committed to 100% clean energy goals as of today.

And that's just the ones committing to 100%.

According to the World Resources Institute, there are now over 300 localities in America that have committed to renewables or made some other climate change goal.

Want to see this for yourself? Search Google News for “energy goal.”

Some have speculated that the proliferation of these energy goals could curb oil demand.

According to Legal and General Investment Management, which oversees $1.3 trillion is assets globally, oil demand may decline beginning in 2025 as nations introduce stricter environmental policies to combat climate change.

A recent report from LGIM claims oil demand could fall by up to 40% by 2040 from current levels as a result.

But that's if all these energy goals are met.

And that's a big IF.

Truth is, setting a goal is one thing.

But meeting that goal is another, especially when it's a very ambitious goal.

I'll give you a good example: Back in 2010, a campaign was launched here in Baltimore by a local business group called the Waterfront Partnership.

The campaign set out to clean up the water of Baltimore's Inner Harbor with the goal of making it swimmable by 2020.

Wanna see how that project is going? Hold on, I'll go out and snap some pics...

This doesn't look like the right color green for swimming: 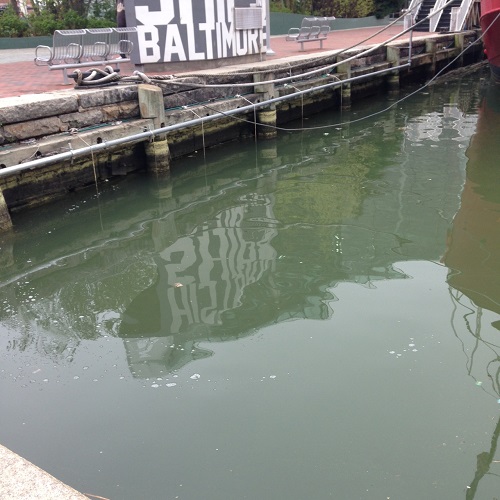 That's clearly a giant pool of some kind of petroleum product: 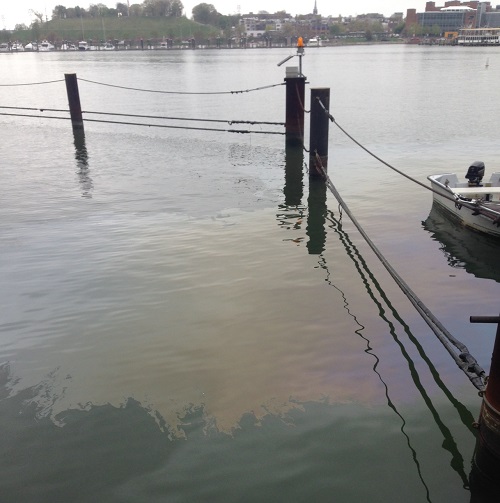 You wanna jump in first? 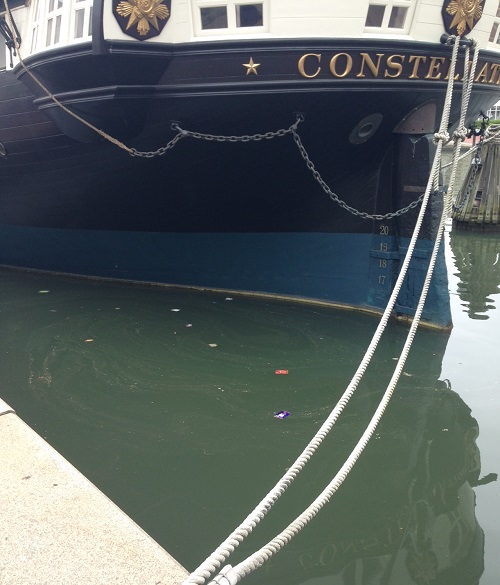 Oh, and here's a wild coincidence. While I was just walking around, I found the Baltimore City Police fishing those electric scooters out of the water. 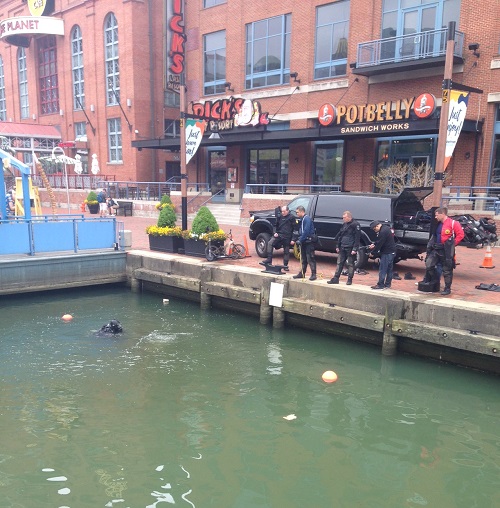 All of these photos were taken within a distance of about a half-mile right in Baltimore's busiest downtown area. I'd say the goal of a swimmable Inner Harbor ain't happening.

Likewise, I suspect most of the renewable energy goals being set right now won't ever be met. Most likely, here's what will happen:

Truth is, politicians don't always actually believe what they say. They exaggerate. They overstate.

Just take a look at a snippet from a Vox interview with Senator Markey, co-sponsor of the GND:

Vox: And the 10-year thing is not a deadline, just a crash program set up to get started.

Markey: That is correct. The mobilization should be viewed in the same way that JFK said we were going to have a mission to the moon within 10 years. If we’d finished in 15 years, people would still be very proud of what the United States did. Or if it took 16 years.*

See? It's all BS. There's very likely no real expectation of meeting all these overly ambitious energy goals.

What politicians are doing here — what they're always doing — is playing the high/low game. It's like this...

Let say you want to sell your house. And the absolute minimum you're willing to take is $400,000. And I mean, that's it. You're not going any lower than that. At what price are you going to start the listing?

You're going to start much higher to give yourself some room for negotiation, hoping to squeeze as much out of the buyer as they'll take. Maybe you start the listing at $550,000 or $600,000.

Okay, now let's say you're buying a house, and the absolute maximum you're willing to pay for a particular property is $400,000. What's going to be your first offer?

You're probably going to offer much lower to also give yourself some room for negotiation, hoping to squeeze as much out of the seller as they'll take. Maybe you offer $300,000 or $325,000.

Same thing goes in politics: You don't ask for exactly what you want. You ask for 10 times what you really want.

This is known by behavioral psychologists as the “door-in-the-face” compliance technique. PsychologistWorld.com lays out the basic technique:

The first request is an unrealistic demand, which a reasonable person would be likely to refuse. When the second, intended request is made, it appears the respondent to be reasonable in comparison to the first demand. In theory, a person is more likely to agree to it as a result.

Point is: There's very likely no real expectation of meeting all these overly ambitious energy goals. And, more importantly to us as oil investors, there's very little chance that all these renewable energy goals will directly curb oil demand by a significant degree.

What will determine the future of energy use, however, is cost. When crude oil, for any application, becomes more expensive than its alternatives, the world will begin to use less and less.

In the meantime, there's still big money to be made, as oil and other fossil fuels continue to rise in price. And there are still incredible opportunities to take advantage of the booming U.S. energy industry through a multibillion-dollar spending bill that virtually writes Americans checks.

Energy and Capital editor Keith Kohl has laid out his top picks set to see the fattest and juiciest short-term gains. Check that out here.

Socially Responsible Investing with Pot Stocks
More than a billion dollars is being donated to rebuild Notre Dame, but where is the money for clean water, affordable housing, and basic health care? Jeff Siegel highlights one such socially responsible investment that could make you a fortune while making the world a better place...
Why Dirty Coal Is Making Investors Like You Filthy Rich
Usually, Christian DeHaemer and Keith Kohl disagree about coal, not today. Energy and Capital editor Keith Kohl explains why the death of the U.S. coal industry is turning a hefty profit for a small group of elite investors.
Cheap Stocks for the Next Big Tech Wave
There’s a huge wave of technology coming fast. It’s the fifth wave of telecom, and it’s called 5G. Energy and Capital editor Christian DeHaemer shares three blue chip 5G stocks to own now.
Hydrogen Fuel Cells: The Downfall of Tesla?
Lithium has been the front-runner in the battery technology market for years, but that is all coming to an end. Elon Musk is against them, but Jeff Bezos is investing heavily in them. Hydrogen Fuel Cells will turn the battery market upside down and we've discovered the tiny company that is going to make it happen.