Golden Triangle Breaks Out With Authority

While the CNNs of the world are wrapped around light posts, being blown around and rained on, yakking it up about hurricanes and storm surges, a turning point was reached in the financial world.

Here is a reminder of where we are. This is the amount of money pumped into the system over the years:

That’s M1 — and no, I’m not talking about your dad’s rifle from the Korean War. M1 is a category of money supply. It includes all physical money such as coins and paper as well as checking accounts, demand deposits, and negotiable order of withdrawal accounts. It is near money, or money you can get at quickly.

Despite unprecedented amounts of cash churning off the printer, it’s not making its way down. Consumer debt is back to new highs: 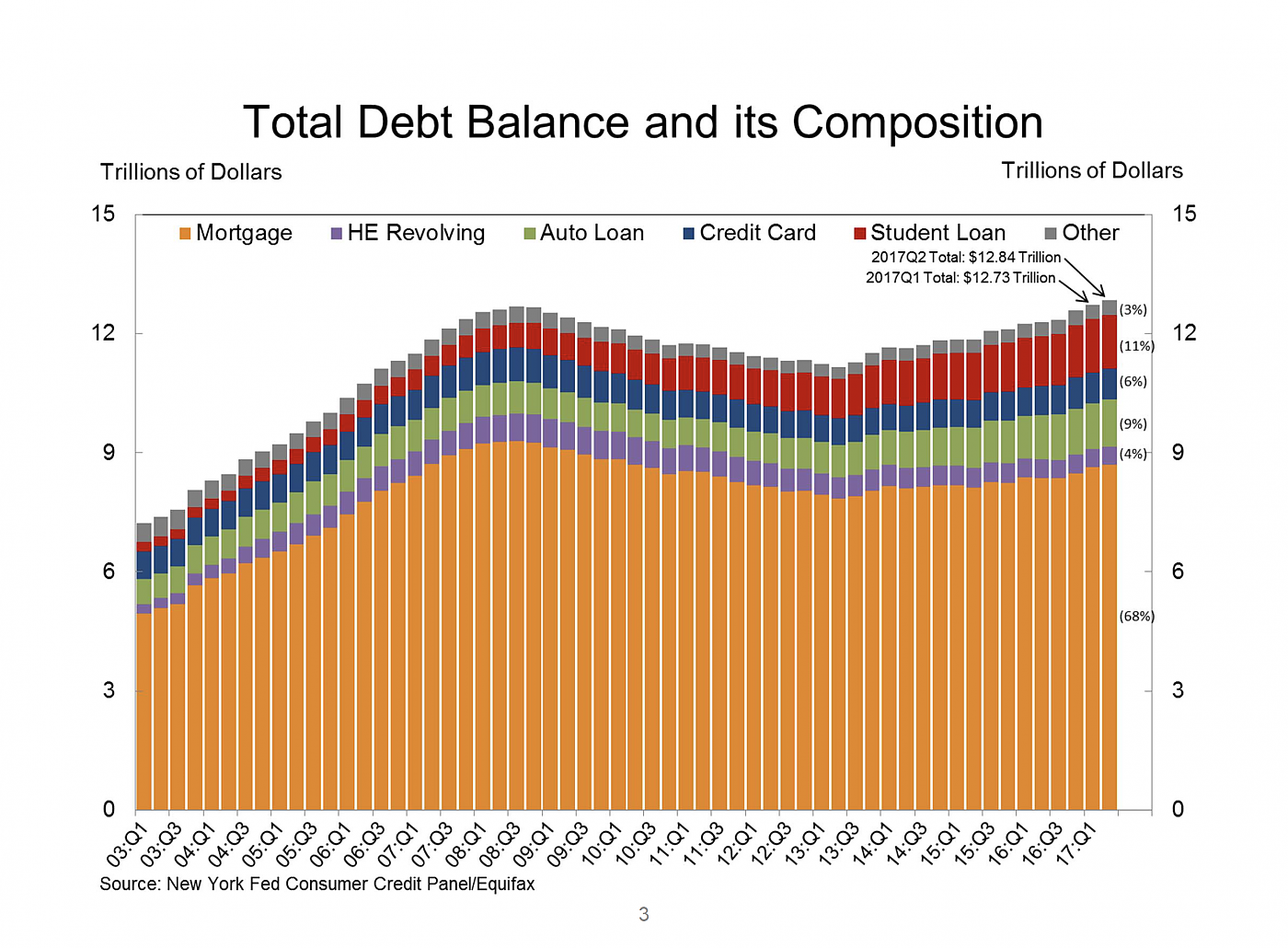 As you would expect, delinquency rates are surging in subprime auto loans as well as student loans.

The price of college has risen so much over the past two decades that now 49% of people think advanced education isn’t worth it.

A new Wall Street Journal/NBC News survey found “49% of Americans believe earning a four-year degree will lead to higher lifetime earnings, while 47% say that degree isn't worth it. Four years ago, there was a 13 point difference between the two sides.”

Let’s face it: consumers are maxed out.

Wages haven't increased since the 1970s for the bottom 95% of the population. Despite the headline unemployment numbers below 5%, private-sector wages grew just 0.4% over the last 12 months. This isn’t close to keeping up with the headline inflation numbers... 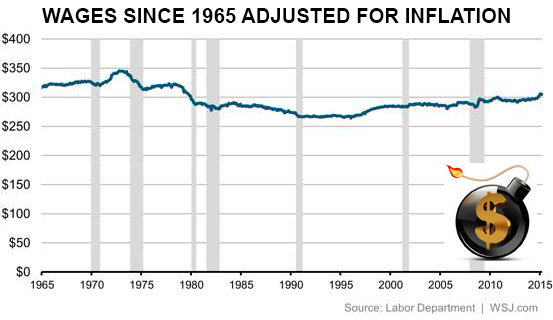 Not to mention the decades-long, double-digit inflation in things you need like cars, houses, schools, and health care!

And, on top of this, the idiots at the Federal Reserve want to keep raising rates to generate 3% inflation annually. In other words, your stagnant wages will buy 33% less every 10 years. Madness.

Well, I couldn’t tell you what the reason is exactly, or if it's a combination of reasons. Perhaps it's the fact that the U.S. dollar is down 9% this year, or maybe it's because Bitcoin has sold off.

But what I do know is the 20-year chart in the dollar is a screaming buy. Take a look at the chart below: 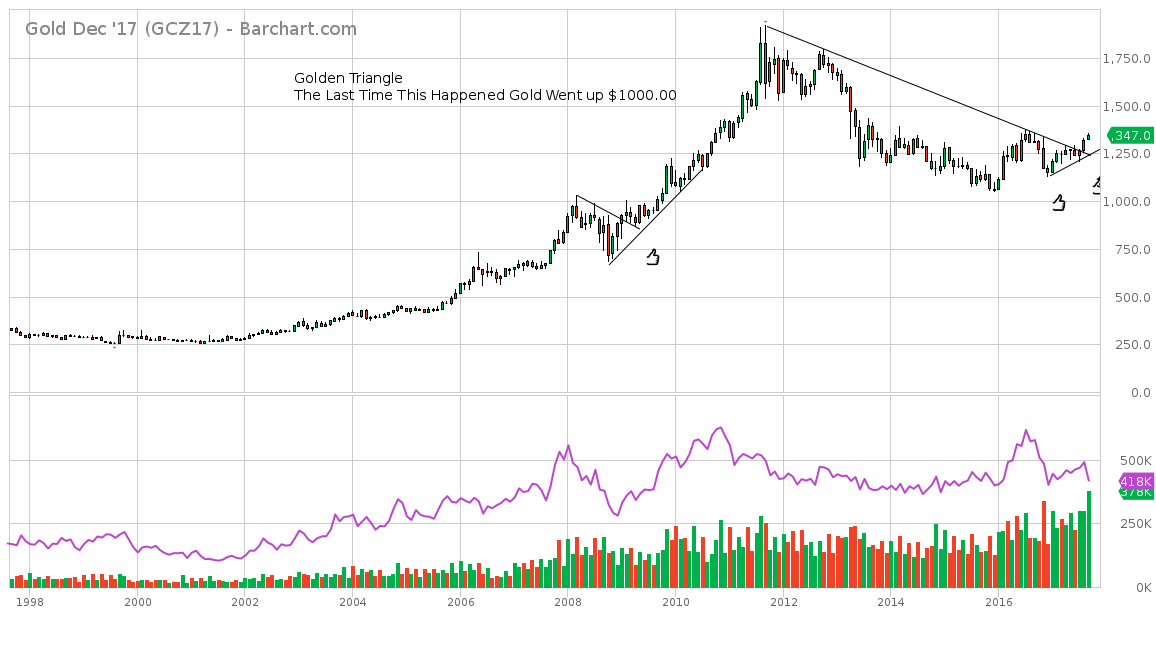 It is showing a once-in-a-generation buy signal.

You see, a bear market is defined as a chart making lower lows and lower highs. This is what happened to the gold chart since the end of 2011.

For the past six years, the trend has been down.

A bull market is defined as a chart making higher highs and higher lows. Obvious, right? Well, since the start of the year, gold has been doing just that.

The real kicker has been the recent breakout above that down-slanting trend line. That’s called a breakout. You’ll also note the surge in green volume at the bottom of the chart. This means the smart money has noticed the breakout and is buying on large volume.

Click here to read my free report and see how you can get a piece of the action.