"The markets are moved by animal spirits, and not by reason." — John M. Keynes

If I could get away with it I’d light off a string of curses including goats, sisters, and heinous acts that would make a gold miner blush. What the ever-loving hell are people smoking? Here is the S&P 500 ETF SPY: 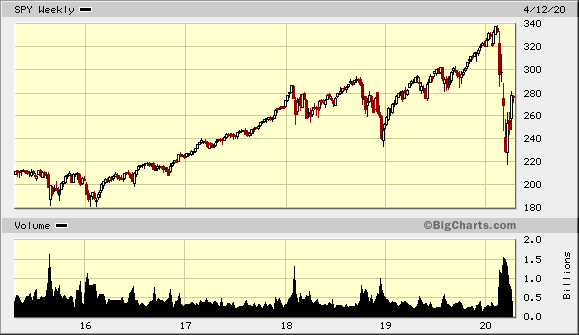 The only thing down today is the banks because JPMorgan Chase (JPM) announced that its profits fell by 68%. JPM also said we are in for a severe recession.

But hey, the lockdown might end at some point. So, party on Garth! 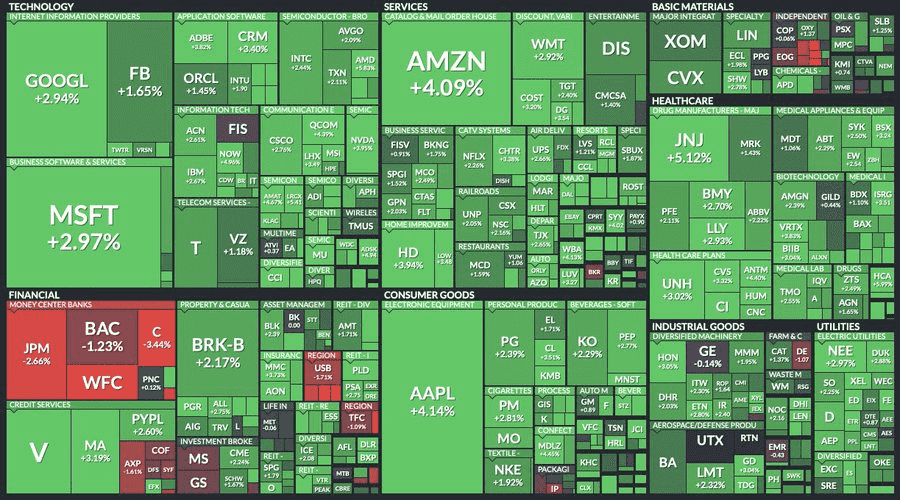 Again, as I’ve been saying for a week now, this is the time to sell. Sell this bounce.

Let me introduce you to my little friend the “50% Retracement Rule”. Know it, learn it, love it. It may save your life someday.

The 50% retracement rule is a simple technical indicator that says a price chart back 50% of the most recent stock price move before the price begins advancing/declining again.

If a stock recently gained 30%, the 50% principle holds that it will give back 15% of that gain before testing new highs.

Other key points are 33% and 66% retracements. It doesn't matter if you believe that technical analysis is witchcraft or not.

According to CNBC, 80% of daily moves in U.S. stocks are machine fed or algorithm trading. In many ways it's like a robocall talking to an answering machine. Humans don't matter.

The lines are drawn and coded and in my personal experience is that the bounce comes to a few ticks before the actual line as some algorithms are playing the others.

The retracement rule works the opposite way in bear markets. So, you will see this chart which is of the last crash from August of 2007 to the bottom in March of 2009. 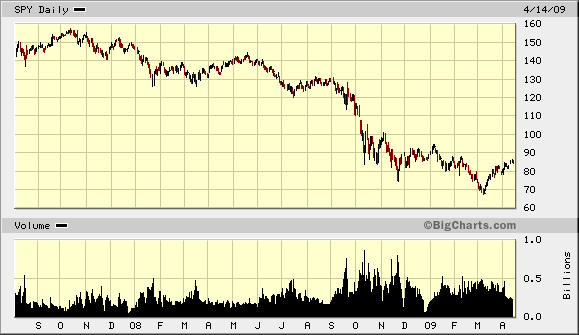 You will notice in December 2007 the market bounced back as the Financial Media wrote headlines like “Great Wall Street of China” referring to China’s 10% investment in Morgan Stanley, “Bank of America to Get Billions,” and “Dow Jumps 368 Points”

These positive bursts of news were followed in 2008 by “Foreclosures," “Mounting Fears Shake World Markets,” and “Worst Week Ever for Stocks.”

In two months we’ll get “Worst GDP Numbers in History” and “Forget Recession This Will Be a Depression.” Or perhaps, “Coronavirus Resurges, U.S. Shuts Down, Stock Market Collapses.”

Now is the time to raise cash and wait for the opportunity to come to you. There will be great buys in the coming weeks and months just as there were several industries that went up in the last recession.

Not the Same Stocks

But they won’t be the same companies.  We are seeing record sales of Alcohol to individuals but bar sales are near zero. Netflix, Apple, and Amazon all grew in 2008. But Netflix now has competition, Apple has supply chain problems, and Amazon though it has increased sales from Amazon Prime it loses money on its retail business.

Here are four companies that will replace the old blue-chip growth stocks.

They are called the MVPs. In fact, they make so much sense in this market that Warren Buffett's Berkshire Hathaway owns a lot of them. Click here now.

As far as the suckers buying the general market here… let them. We’ll buy it back from them at half the price at a later date.