Mongolia is ready to join the oil shale fray.

Genie Energy’s (NYSE:GNE) subsidiary Genie Oil Shale Mongolia agreed to a five-year contract with the Petroleum Authority of Mongolia (PAM) in the exploration of oil shale reserves in Central Mongolia.

The company will begin the process by conducting a mass survey of the area in question, which measures 34,470 sq. km (13,308 sq. mi), followed by the use of in-situ technology—the process of heating oil shale rocks under the surface and pumping the resulting liquid above ground. The survey aims to find out how much commercial potential can be attained through Mongolian reserves. 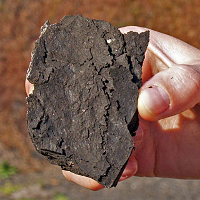 CEO Claude Pupkin told the Energy Business Review that the company has been active in the region since 2012 through a joint venture survey project that discovered vast oil potential in the region.

This also comes on the heels of Mongolian efforts to begin domestic production for the purpose of reducing foreign imports.

But importing prices from Russia have become a burden to the Mongolian government, and while importing from other countries is cheaper, the government is hoping to find some relief domestically.

Vice Minister of Mining, O. Erdenebulgan, has worked with Genie since 2012 and is hopeful for a sizeable domestic output. The minister claims that production can begin soon after the assessment.

Up to 6,700 tons of fuel could be yielded when the production process begins, including “fuel, petroleum products, and other synthetic materials by 2018,” as reported by the UB Post.

To date, Genie is the only company to receive a contract for oil shale development in Mongolia.

Mongolia is a nation with little expertise in oil shale, which is why the government will be sending personnel to the U.S. and France for further study the subject.

A processing factory is scheduled to be built in the central Tuv Province, otherwise known as Dornogobi Province—already an international investment hotbed due to the Oyu Tolgoi mine.

The factory will cost four billion dollars, with Genie’s tax contributions to government coffers amounting to $850 million annually. The plant will foster a total of 5,000 jobs.

The processing plant will process potential fuel resources and will allow the country to export valued goods abroad.

An exporting economy is a healthy one; just ask Germany.

Supposedly, Mongolia has 800 billion tons of oil shale reserves, but this figure stems from outdated geological surveys form the 1990s that only studied 19 percent of overall reserves. A newer figure could very well exceed 800 billion, which is why foreign investors are clamoring to get a piece of oil shale in Mongolia.

But oil shale is not the same as the shale oil that's transforming the U.S. energy landscape. It’s easy to get the two confused, and mixing up the two could have a devastating effect on your investment portfolio.

Essentially, oil shale is a substitute for shale oil. It is also called kerogen, and it must be generated with enough heat to extract fuel liquids. Kerogen would have been crude if it was buried just a tad deeper for a few million more years.

Oil shale is more expensive than its shale oil counterpart, and requires more water usage—something that would generate more of a firestorm from environmental advocates who frown upon water use from fracking activity.

Oil shale can be used as a low-grade heating source along with chemical and material construction.

Attaining oil shale from shale oil can be more costly than extracting shale oil itself, and there are environmental impacts through “land use, waste disposal, water use, waste-water management, greenhouse gas emissions, and air pollution,” the UB Post reports.

Major forces in oil shale include China, Estonia, Brazil, Germany, and Russia. Estonia ran 90 percent of its power on oil shale as of 2005.

Other nations that used oil shale are Israel and Romania, but these nations have now either closed many of the plants down or switched to alternatives like natural gas. Egypt and Jordan, however, plan to construct oil shale power plants in the future.

There are large deposits of oil shale concentrated in the United States in Utah, Wyoming, and Colorado, but amid the shale oil boom, these reserves aren't a priority.

Estimated global reserves for oil shale have a range of anywhere from 2.8 to 3.3 trillion barrels of reachable reserves.

Royal Dutch Shell (NYSE:RDS.A) has been in the oil shale business for fifty years with no major results. Oil shale has traditionally been used as an alternative when shale oil prices are high, but because of the recent shale boom, not much attention has been given to oil shale in the United States.

Hot places for oil shale investment are Mongolia, China, and parts of Eastern Europe, including Estonia and Russia.

But Mongolia is the one of the best places to be for oil shale growth in the near future. Besides Genie, Mongolian company MAK and France's Total SA (NYSE:TOT) have also submitted assessments to the Mongolian government.

Keep a lookout for Mongolian development as Genie sets the trend for oil shale exploration in the region. Total and MAK may be next in line in getting contracts of their own if Central Mongolia yields favorable reserves.

Mining has transformed Mongolia from an agricultural society into a heavy mining power. The nation can become a major industrial juggernaut and exporter using its natural resources.

And oil shale can be the engine that will drive Mongolia into a prosperous direction.

If you liked this article, you might also enjoy: