Exploit the Lies in the Market

Written by Christian DeHaemer
Posted May 7, 2019

I think it was the great investor Warren Buffett who said, "Find the lie in the market and exploit it."

Right now, the market is overwhelmingly short the coal industry because it believes these five lies.

1. Coal mining is going out of business.

Yes, this is true in some cases. All unprofitable coal mines in Europe have closed, as the EU stopped subsidies on January 1, 2019.

In the U.S., over half the mines have closed due to competition and regulatory burden.

There was a total of 1,435 operational mines in 2008, a year when coal production reached a peak. However, the Energy Information Administration reported that number plummeted to just 671 by 2017.

But the ones that are left have increasing pricing power, a high mix of metallurgical coal, and access to eastern and southern ports.

Until recently, coal exports accounted for less than 10% of U.S. production. In 2017, that changed.

The U.S. has been a traditional and relatively consistent exporter of metallurgical coal used in steelmaking. Since 2010, U.S. coal companies have exported an average of 58.3 MT, with the largest share of that going to European steelmakers. Other major importers of U.S. metallurgical coal include Canada, Brazil, Japan, and India.

Yes, it is true that in the U.S., thermal coal, the type used for electricity, has suffered as demand was reduced. But internationally over the past two years, strong markets pushed U.S. thermal coal exports up sharply.

Thermal coal exports to India accounted for much of the growth, climbing 92% to just under 9 million tons from 2017 through the end of September in 2018.

4. Renewable energy can work in a modern economy. 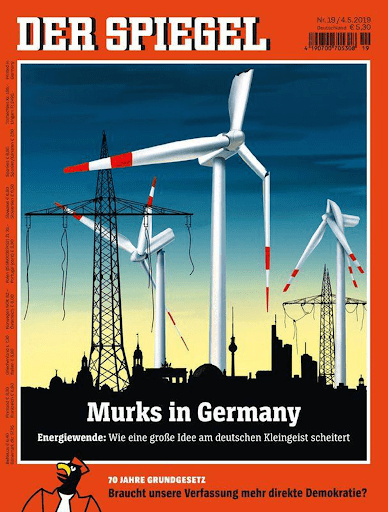 Germany has spent over half a trillion dollars in a quest to build a renewable energy infrastructure based on solar, wind, hydro, and hydrogen fuel. It was titled the Energiewende, and it has been an abject failure. So much so that the country recently bulldozed an ancient forest and gothic cathedral to get at the coal below it.

Der Spiegel put out a 5,700-word investigative report detailing the problems. In order to supplant coal, Germany would have to spend 2% of its GDP on solar panels and wind turbines. The threat of Yellow Vest protesters from France spilling over means it won’t happen.

Germans are already sick of paying $0.32 a kilowatt-hour for electricity and $6.50 for a gallon of gas. In the U.S., I just locked in $0.07 kWh for the next two years. That’s a dramatic difference.

5. Global coal consumption is down.

This is a lie. Coal consumption is up. Phys.org writes:

Worldwide, coal consumption for electricity generation is almost growing at the same rate as the electricity consumption (2.8% per year versus 3% per year between 2000 and 2017). As a result, the share of coal in the power mix has almost remained steady for the past 20 years around 40%. Even if it has only decreased by two points since 2010, coal is still the most widely used energy source for electricity generation in the world.

In the end, renewable energy is expensive, and coal is cheap. The vast majority of new power plants are being built in emerging markets where price overrides environmental concerns.

I’ve found one coal miner that is undervalued (P/E of 7), pays a double-digit dividend (up 3.9% over last year), and is growing its business across the board.

Learn more about it here. This opportunity won't last.