Ten years ago, the electric vehicle revolution was coming. It was a future dream.

Today, it's happening. The dream has become a reality.

And even though the EV business has grown significantly over the past several years, the market is just now prepared to really take off.

Global electric vehicle production is expected to increase by more than 30X in the next 15 years alone! 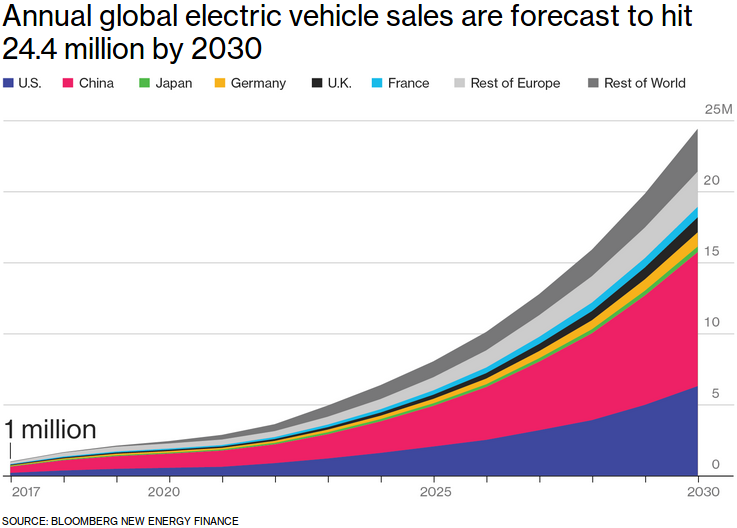 The world's wealthiest and most powerful people are ramping up their investments in electric vehicles:

And right now they're all betting on China, which is already the world's largest market for electric vehicles.

Chinese officials recently set a mandate for all automakers with annual sales of more than 30,000 vehicles in the country that will require 10% of all car sales to be all-electric or plug-in hybrid vehicles. By 2025, officials want a fifth of all cars sold in China to run on alternative fuel.

And this is forcing the hand of automakers.

Projections show over 350,000 electric vehicles will be sold in China this year. That's more than double the sales here in the U.S. last year. 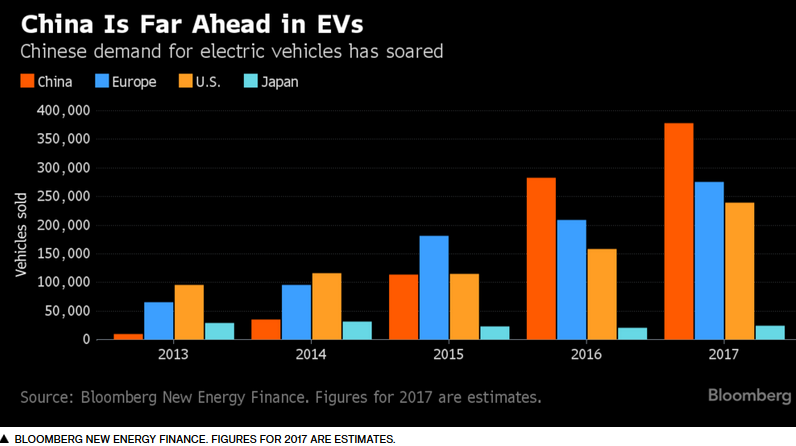 The proliferation of the EV market in China and elsewhere has created a massive increase in the demand for lithium, a key component in the batteries that electric vehicles use to store energy.

Companies that produce lithium are investing billions to expand production. But with such an increase in demand, they simply can't keep up.

Lithium isn't necessarily rare. What's rare are mineral deposits with high enough lithium concentrations to mine economically. And this has led to a shortage of lithium mines.

According to analysts at Sanford C. Bernstein & Co., the world will have to invest somewhere between $350 billion and $750 billion in the global lithium industry in order to keep up with the metal's demand.

In the past 12 months, Global X Lithium ETF (NYSEArca: LIT) is up some 67%. I recently recommended a small lithium company to my Secret Stock Files readers that's returned 143% in five weeks. Next to cryptocurrencies, my biggest winners from 2017 are going to be lithium-based.

The good news is that it's not too late to invest.

As I said, the electric vehicle revolution is happening now. And today's investors are still in an incredible position to profit. Energy Investor editor Keith Kohl tells me, “It's crazy not to invest today. The biggest moves are right around the corner.”

Keith recently put together an entire presentation on this explosive market, which you can check out here. In it, he explains in much fuller detail the opportunities in lithium and lays out his three “Lithium Mega-Plays.”

I highly urge you to view this presentation as soon as possible and act today.

Again, this is an opportunity you're not going to want to miss out on. We're sitting at the dawn of a major paradigm shift. The revolution is happening now. And it won't wait for you.