Compass Pathways (NASDAQ: CMPS) and the Quest to Treat Depression With Psychedelics

Joel Jackson was born in Mississippi.

His father was a deadbeat and his mother was a heroin addict.

At 8 years old, Joel was responsible for looking after his younger siblings while his mother would disappear for days at a time.

But despite being dealt a crappy hand in life, Joel managed to survive.

He went to school, mostly because that’s the only place he could get fed, and worked a night job so he could save up enough money to buy a van, which he later converted into a home.

At 19, he joined the Army and did two tours in Iraq before returning to civilian life.

With the skills he learned in the Army, he was able to get a job as a helicopter mechanic. He got married, had a couple kids, and things were going well.

Until he fell into a deep state of depression and tried to kill himself.

You see, Joel had been suffering from PTSD for a long time.

Being physically abused on the street as a child and then seeing the evils of war did a number on Joel’s mental health. And he’ll tell you he never thought he’d live to see 30.

But today, he is very much alive and trying his best to be a good provider for his family while maintaining some sense of happiness, despite the demons he fights every single day.

Now what does Joel’s story have to do with investing?

The Profitable Thing to Do

If you’re a regular reader of these pages, you know I have built my wealth by investing in and profiting from companies and industries that are making the world a better place.

One issue that is very important to me is mental health.

Particularly when it comes to our veterans.

Those men and women put their lives on the line for us every single day.

And as a result, many suffer severe mental health issues.

So whenever I see an opportunity to invest in a company that is seeking to help these veterans, I pay attention.

Because it’s the honorable thing to do.

And based on my track record, it’s also the profitable thing to do.

That, my friend, is why I’m writing to you about this opportunity today.

The company is using a certain molecule — known to some as Molecule-520 or the Magic Molecule — to help people with treatment-resistant depression.  Basically, people who have been unsuccessful treating their depression with the drugs and therapies that are currently on the market.

About 5 million people in the U.S. currently suffer from treatment-resistant depression, and many are veterans.

So when I looked at this new treatment designed to help these folks, I was floored.

This “Magic Molecule” actually has a long history of helping people battle depression and PTSD but only now is it going through the rigorous FDA trials that are necessary to get it to market.

Compass Pathways is one of a handful of companies actively developing these treatments right now, and some have actually been fast-tracked by the FDA because early results are so promising.

But Compass Pathways isn’t the only game in town.

In fact, one company I recommended earlier this year — that’s also developing and testing its own version of this molecule — has more than doubled since I put out a buy alert on it. 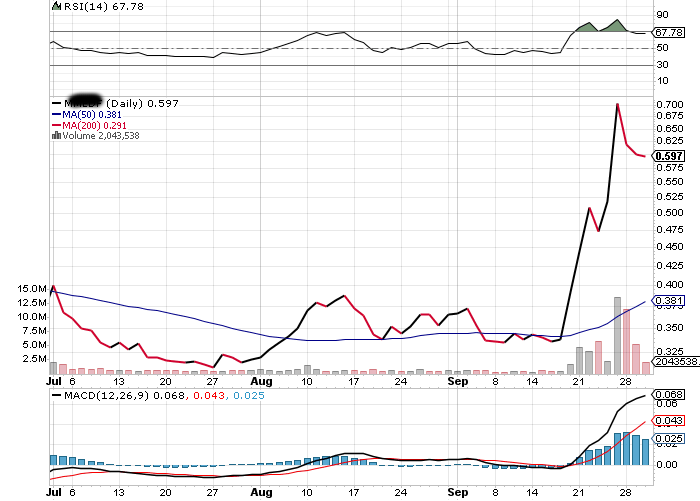 Here’s a fact sheet on that stock if you want to learn more about it.

At the moment, there are about six public companies that are active in this space — providing next-generation solutions for veterans (and really anyone) suffering from treatment-resistant depression.

Two are listed in this investor note, which includes details on how much money you can actually make by taking a position in one or more of these companies.