Editor's Note: Rare Earth Metals (REEs) are nothing short of crucial to the way we live. In fact without them, some of our most important modern technologies could never exist: rechargeable batteries, electric motors, photo optics, and solar cells, just to name a few.

If we want an example of good long-term resource planning, we might want to look to China.

While the First World spent the last decade taking on debt and levering up dubious assets like dot-com startups and subprime mortgages, then suffering the inevitable fallout, China kept its debt relatively modest and its currency depressed while it accumulated a vast war chest of foreign-exchange reserves — some $2.1 trillion worth as of the end of June, according to the Wall Street Journal.

Now, with a significant risk of the U.S. dollar and other currencies not backed by hard resources imploding after the greatest spree of worldwide money-printing in history, China is prepared (if not anxious), to exchange its potentially worthless forex holdings for hard assets like oil, metals, and fertilizer.

Their timing was perfect. The prices of all key commodities fell sharply in the financial crisis of 2008, leaving undercapitalized developers and those with more marginal resources on the ropes, gasping for funding to continue operations. 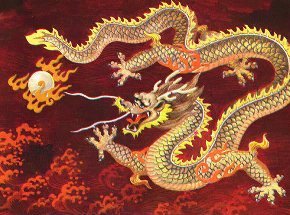 had a $300 billion portfolio at the end of 2008, which is mostly held in Chinese banks. The fund wisely decided to sit on the sidelines during the carnage of last year, spending only $4.8 billion on global markets.

But 2009 has been a different story, as China swooped in to buy up natural resources at distressed prices. Chairman Lou Jiwei told the Journal last weekend that CIC invested as much in one month this year as it did in all of 2008.

The point was driven home this week with the announcement that PetroChina had agreed to make its largest oil sand investment to date — a $1.7 billion, 60% stake in the Athabasca Oil Sands Corp.'s MacKay River and Dover projects. China already owns part of several other Canadian oil and gas developers.

At the Reuters China Investment Summit this week, Vice-General Manager of Beijing Sinodrill Yang Junmin said he expected foreign projects to rise from 20% of the company's income to 50% within two years, and that the company is in talks with miners in Australia, Indonesia, and the Philippines for long-term joint venture agreements.

Oil is but one of China's resource ambitions, however. . .

China launched a spate of both friendly and hostile overtures for mining properties this year, particularly in Australia and Canada.

Australian mining giant Rio Tinto (NYSE: RTP) made headlines when it rebuffed a $19.5 billion offer to buy stakes in its largest iron ore mines by Aluminum Corp. of China Ltd. (Chinalco) in June, but the latter is now making another run at Rio Tinto for its bauxite and alumina resources.

Zhang Yansheng, director of China's Institute of Foreign Trade of the National Development and Reform Commission, was sanguine after the first deal fell apart, telling news agency Xinhua that other opportunities await. "With demand and money in hand, why do we worry about lack of iron ore resources?" he sniffed.

This spring, mining companies owned by the Chinese government bought large interests in Australian mines operated by Lynas Corp. and Arafura Resources, both of which lost their financing in last year's crisis.

Copper has been another high-priority target, with China's imports of unwrought copper and products up 118% year-over-year. BNP Paribas Fortis estimates the nation now holds more than 800,000 tons of the metal off-market, although imports appear to have cooled off with prices on the London Metals Exchange having risen to a 10-month high. Scotiabank Economist Patricia Mohr estimates that Chinese consumption of refined copper will be up 20% on the year.

Imports of nickel, zinc, and other base metals have surged this year as well, as China seized the opportunity to stockpile them on the cheap.

What really got the world's attention this week, however, was a report by the New York Times that China had virtually cornered the world market for rare earth elements. Half the world's production of rare earths comes from a single mine in Inner Mongolia, according to the Times. China produces 93% of the world's output of rare earth elements like terbium, dysprosium, and neodymium, which are used in key parts — like lasers, magnets, and other special materials — of everything from nuclear reactors to missiles, to wind turbines and hybrid car motors.

China has cut back on exports of rare earths over the last three years, preferring to husband its resources for the long term. In doing so, it also secures its place as a top manufacturer of crucial components for the green energy revolution.

On a related note, China has come under considerable criticism for "dumping" solar photovoltaic (PV) panels and components on the world market, cutting panel prices nearly in half over the last year. In an interview with the Times last week, the chief executive of Chinese solar manufacturer Suntech Power (NYSE: STP) admitted his company was selling solar panels on the American market below its manufacturing and shipping cost. Suntech, which makes nearly all of its product for an overseas market, is expected to become the world's number-two supplier of PV cells this year, second only to First Solar (NYSE: FSLR).

PV competitors in Germany and the United States cried foul over the allegations and launched investigations to see if there are any prosecutable charges, while analysts and lawmakers fretted about whether China would overtake the West in PV manufacturing.

The fuss seems a bit misbegotten to me. Of course China will overtake us in PV — all the advantage is on their side — and that may be a good thing.

The U.S. is moving at a snail's pace in supporting renewable energy; our manufacturers are undercapitalized; our political leadership is a hydra without a long-term energy strategy; and we make our renewable energy businesses live and die on their own, instead of subsidizing them directly — the minimal federal stimulus spending on research and development notwithstanding.

By comparison, China turns out more engineers every day; their manufacturing and labor costs are super cheap; they capitalize on technological advancements very quickly; and the government gives its solar manufacturers generous direct support.

Besides, China is not just exporting finished PV product to the West. They're also exporting solar components and assembling modules in the U.S. to minimize shipping costs. For example, Centron Solar (which represents a consortium of 30 Chinese solar companies), has established a sales hub in Eugene, Oregon, and plans to set up assembly shops in multiple American cities. Their strategy offers a triple benefit by creating new jobs, enabling us to deploy more PV at a lower cost, and reducing worldwide petroleum consumption.

Resource-rich nations may resent and fear China's resource acquisition spree, but would be wise to take a broader view of the situation.

After all, oil is but the first of the world's critical resources to peak and go into decline. A century of cheap and easy resource extraction is behind us, and all fossil fuels and most industrial minerals will reach an intolerable point of diminishing returns over the next century.

By adopting a protectionist stance, commodity producers can retain ownership of their resources and keep more of the revenue at home. But as strapped for investment capital as they are, and with commodity prices still too depressed to paint a picture of profitability in the short-to-medium- term — the strategy could stifle new development and ultimately shortchange their own futures.

Opening arms to China might be the rest of the world's best hope for surviving a volatile future of commodity prices even while the costs of resource extraction continue to rise.

Simply put, taking a decades-long approach to strategic resource planning and investment is much easier for a centralized authoritarian government than it is for a democracy that turns over its leadership and changes tack every few years. China has displayed both the will and the ability to control its resource future for the long term, while Western free enterprise concerns itself with beefing up next quarter's balance sheet.

I'm not suggesting that investors should pile into Chinese resource plays at this point. The best part of the shopping spree is probably done, and there are fresh indications that Chinese banks are now looking to rein in lending and spending. Should resource prices gain materially from here, China could even decide to unload some of its stockpile at a nice profit.

But we should forget about "energy independence." For the world to accomplish a speedy transition to a renewably-powered electric infrastructure as we face the end of oil, we may need China much more desperately than anyone now imagines.

Investor's Note: I just mentioned how the U.S. is moving at a snail's pace when it comes to renewables. Truth is, we're quickly approaching a crossroads with energy. This time, however, investors don't have to sit on the sidelines. Members of the $20 Trillion Report know exactly what I'm talking about. One of their hottest oil stocks has climbed over 105% in the last six weeks, and they've just closed an easy 41% gain in less than three weeks. The best part is, we're expecting these gains to ramp up even higher in the next few weeks. Learn more on how we're doing it all in this new report.