The Chinese were the first civilization to use coal.

Archaeological evidence shows the black rock being used in China over 6,000 years ago.

Coal was key in enabling the Chinese to develop sophisticated economic, political, and cultural systems. And it continued to fuel China for millennia.

Public pressure to reduce carbon emissions has increased in the past few decades. And as a result, China has made many efforts to cut its addiction to coal over the past few years.

It’s invested heavily in renewable energy. In fact, from 2010 to 2012, China’s renewable electricity growth was double that of the United States...

It’s increased regulations on carbon emissions from vehicles. Some of its standards on heavy trucks are the most stringent in the world.

It’s done a lot. But despite the country’s many efforts, China’s consumption of coal is still set to increase over the next decade.

It's estimated that China will consume 3.4 billion metric tonnes of thermal coal this year.

By 2027, demand for thermal coal is expected to reach 3.5 billion metric tonnes.

Now, this is not a huge increase in demand. But it clearly shows China is not ready to stop using coal just yet.

The fact of the matter is that coal-fired power is still the cheapest and most easily available option for many local governments. It always comes down to money.

As a result, more than 65% of China's power is still generated by coal. 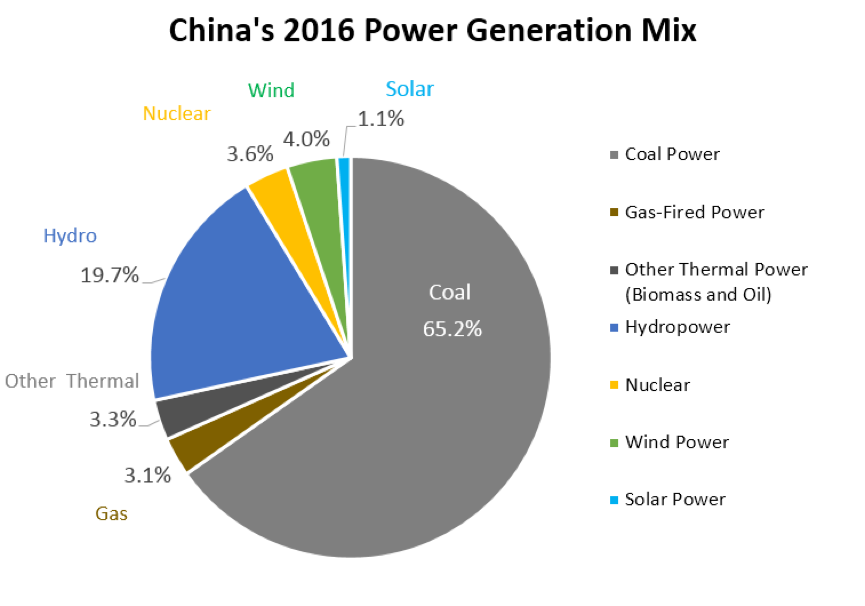 China has an insatiable thirst for coal. And while the country is also one of the world's largest coal producers, it has one major problem with its product:

The coal in China is low quality.

So even though the country is a major coal producer, it still needs to import high-quality coal.

And it needs a lot of it.

Fortunately for America, we've got it.

In fact, China is on pace to buy 89 MILLION TONS of coal from America this year.

And it just agreed to order even more.

Christian DeHaemer, investment director of Crisis and Opportunity, says, “We've got China on this one. They will need to continue purchasing millions of tons of coal from the United States — trade war or not.”

That could mean great news for America's coal industry... as well as today's investors.

Chris says, “The coal industry is suffering from public image. It's dirty. It's ugly. But the reality is China absolutely still needs coal to keep the lights on. As a result, the coal market will remain healthy in the near term.”

Christian is putting the finishing touches an entire report on China's coal addiction, which he will be sending you tomorrow exclusively in Energy and Capital.

The Chinese were the first people to use coal. And by the looks of it, they'll also be the last.

Be sure to be on the lookout for Chris's report.