Cash in on Government Waste

I was born in a Quonset hut at the Fort Ord Army Hospital in Monterey, California, in 1968. The base has since been torn down and the land given over to the locals. People tell me it's nice, but I left six months later and haven’t been back since.

My father was in the Navy, and I spent my childhood living on and around naval bases. I used to say I could wake up blindfolded and tell you if I was in a government building or not.

Of course, they were all worn-out, post-war buildings back then with asbestos and green paint, so it wasn’t that difficult. The 1940s and ’50s saw a great boom in government building, but by the 1970s, they were old, used up, and generally in disrepair.

Since then, the federal government has moved on from building and managing its buildings to selling them and letting professionals manage the buildings.

That said, you may be surprised how many buildings the federal government owns...

You might think 10,000? 20,000? Actually, it is a staggering 306,000, according to the U.S. General Services Administration (GSA). These include offices, hospitals, warehouses, and other sorts of facilities. The chart shows federal buildings owned by department. 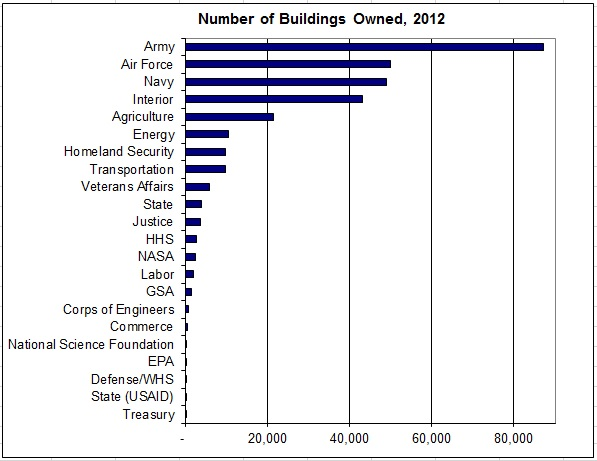 The government itself says it has about 77,000 buildings that are underutilized or unneeded.

The push for selling underused government buildings started with Reagan and continued into the Obama presidency. It’s a trend because for the most part, it works...

One example was when the post office in Pittsburgh moved from the federal courthouse downtown, vacating about 30,000 square feet.

The Postal Service used about half of the space it leased in the courthouse when mail-sorting functions and carriers transferred to other sites, and it saved 70% of taxpayer money.

In 1960, in a bill that increased taxes on Cuban cigars, there was also a law that allowed regular U.S. citizens to make money from real estate just like the bigwigs on Wall Street.

This act created real estate investment trusts (REITs). These trusts act like mutual funds in that you own part of a company that invests in a group of real estate ventures. The trust makes money from rent or sales and every year must pay out 10% of its profits to trust holders.

Here is the 10-year chart for the Dow Jones Industrial and Office REIT Index. It’s gone up about 333% over the past 10 years. Not too shabby! 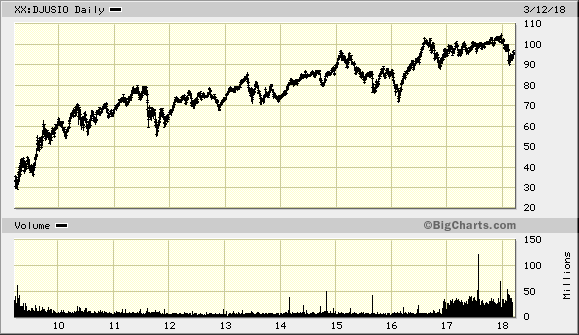 Recently, I’ve discovered something even better. It’s a REIT that rents to the federal government.

The thing about the government is that once it gets into a building, it is there for years — sometimes more than 40 years! On average, it's something like 17 years. This means rents get paid and are reliable over a long time. By the same token, costs can be spread out and margins increased.

This means your 10% of profits looks better the longer you hold. Not only is the government going to pay you for a change, but it is also a great customer.

Click here now to read more — before Trump ramps up his spending on infrastructure and defense.