You will very rarely hear me call for more government regulations, particularly concerning cannabis. I can't believe we actually allow the government to tell us what we can and cannot put into our own bodies. It's as if you don't own your own body, but instead, your body is owned by the authorities.

But I ask that you hear me out on this one. Because this is a regulation that will suck some of the wind from the sails of the anti-cannabis crowd and help to melt obstacles on the path to federal legalization.

Let's say you're a police officer in Denver and you catch a 19-year-old with this: 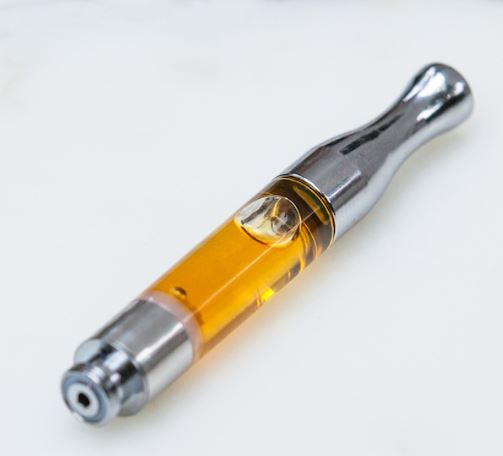 As a police officer, how would you know whether the 19-year-old is breaking the law or not — without testing it, which would cost taxpayer money?

Or let's say you're a police officer who sees someone using the above cartridge while driving. How would you know if you should pull them over or not?

Or let's say you're a parent who catches your teen with one of these carts. How do you know if it's nicotine or THC?

And this has been one of the arguments made from the anti-cannabis crowd: “You can't tell the difference between nicotine and THC oils. So people can just consume cannabis in public, while driving, and illegally without anyone knowing for sure.”

My proposal will eliminate that argument. Here it is:

The federal government should require cannabis oil producers to include a color additive to distinguish cannabis oil from tobacco oil.

And this should be done at a federal level, as opposed to a state level, so that there is a national, easily identifiable standard. Having each individual state adopt their own standards would be confusing and ultimately not serve the purpose here.

The explicit message — the one that should go into the actual legislation — should be something along the lines of: “We need this regulation to protect children.”

But the actual underlying goal — the unspoken goal — is to put the kibosh on the “you can't tell what people are consuming” argument. With such color additives, the anti-cannabis folks can't make that argument.

And there is precedent for this. The federal government requires a color additive to farm diesel, sometimes called off-road diesel.

The government requires a red dye to be added to farm diesel so it can be tested. Farm diesel is tax exempt, as opposed to regular consumer diesel, which is not. And they want you to pay taxes on fuel. 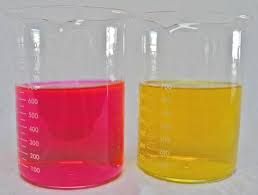 Farm diesel on the left

Every truck inspection station in the country has strips of paper used to determine if the operator is using consumer diesel or farm diesel. Running farm diesel in your rig will land you a hefty fine: $10 per gallon or $1,000 per violation. And road trucks can hold up to 300 gallons of fuel.

So we're not really breaking any new ground with requiring cannabis oil producers to include a color additive.

Honestly, I believe it would be in cannabis producers’ best interest to go ahead and adopt this regulation themselves. Hell, they should even sponsor it.

(Besides, just think of the conspiracy theories people would come up with if the government required this color additive. They'd be great!)

Of course, being that my proposed recommendation has the underlying goal to disrupt the “you can't tell what people are consuming” argument, this article should not be used as reference in any legislation. Instead, legislation should focus on the “protecting children” aspect.

Still, I urge you to send this to cannabis oil producers and advocates if you agree with my proposal.

Sometimes you've got to play dirty to win in politics — unfortunately.