I’ve been saying oil was heading higher and trading that way for almost a year now. And now that oil is high, we're getting headlines like this:

“Oil Will Surge to $120 and Stay High for More Than a Year as Russian Supply Dwindles, Morgan Stanley Commodities Chief Says" 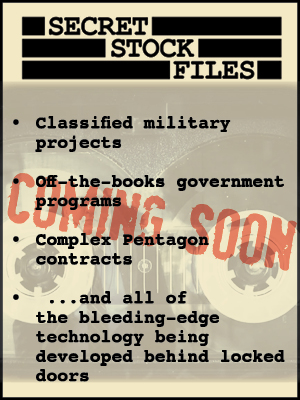 We all know oil and gasoline prices have gone up. I’m sure you’ve noticed it at the pump. Heck, it cost $84 to fill my SUV just the other day.

But high gas problems are just the tip of the iceberg. There is a drag effect as well. Oil is the backbone of the economy. My wife just paid $730 to fly to Orlando on Southwest — a ticket that used to sell for $89. I can’t find a used Econobox so my kid can commute to school and work. The $5,000 college car is now $10,000 with 150,000 miles on the odometer.

The oil market is tight and has been getting tighter. The war in Ukraine has only made it more so. The conflict could take 3 million barrels a day off the 100 million-barrels-a-day oil consumption market. Add to that more tourists, more people going to the office, and higher inflation, and you have a recipe for booming oil earnings at oil companies...

Which means the stock ramp-up is just beginning.

The problem really isn’t the war. It’s the fact that oil companies didn’t invest in new oil for the past eight years. A few months ago, capex numbers came in at an all-time low.

If you don’t spend money to find new oil, you eventually run out of oil. Right now, all six of the big oil companies are running out of oil. Produced volumes are not being replaced by new discoveries.

According to Oil & Gas Journal:

Big Oil lost 15% of its stock levels in the ground last year, with remaining reserves set to run out in less than 15 years, unless the group makes more commercial discoveries quickly, according to Rystad’s analysis.

Discoveries are becoming more challenging as exploration investments shrink and success rates slump. Declining proven reserves could create challenges for Big Oil to maintain stable production levels in coming years, which would cause revenue to dwindle and threaten the financing of the group’s energy transition plans.

Over the past five years, the six majors have replaced only 45% of their production. That’s the bottom line. At the same time, the market is facing record demand as COVID-19 restrictions ease.

Despite hectoring by proponents of green energy and the advent of electric cars and solar panels, the world will consume more oil this year than ever before.

Don’t get me wrong, oil companies will be making a killing. Saudi Aramco, which is now a public company valued at $8.58 trillion — or 2.5 times the size of Apple  — just reported that its net income climbed 124% last year to $110 billion.

And the great thing as an investor is that many of these oil companies are super cheap — especially emerging-market ones.

Petróleo Brasileiro S.A., better known as Petrobras (NYSE: PBR), is the national oil company of Brazil. It has some of the lowest-cost oil extraction on the planet. It also has a price-to-earnings ratio of 4.25 and pays a 15.40% dividend.

In a crazy bullish oil market, that is a stupid-low valuation. In fact, I looked at these numbers a few months ago and personally bought a bucketful. I’m up about 40% and waiting on that dividend, so life is good.

These are all short-term trades. He recently made 157% on Denison Mines in a day!

Sean has the hot hand. Join him and start making money.